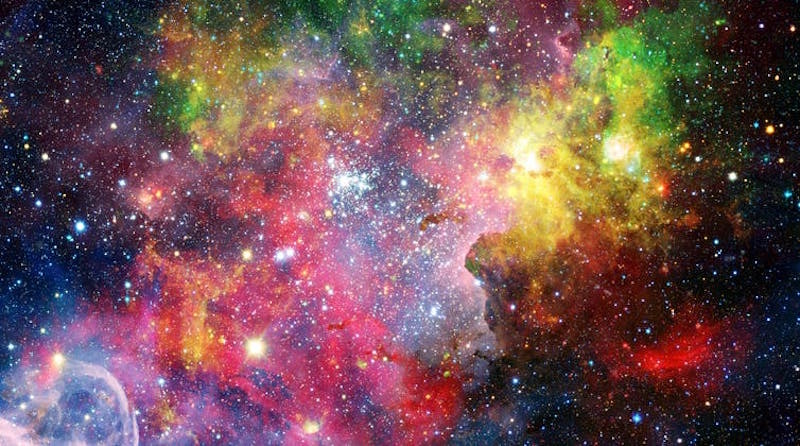 I chose Mastodon because if its uncensored nature and chose QOTO.ORG because of its philosophy.

Bond Legend, Bill Miller "...Bitcoin Could Be Rat Poison, and the Rat Could be Cash." - Jan 8th 2021 https://youtu.be/tv07bBUhd6s http://reddit.com/r/Bitcoin/comments/ktql9a/bond_legend_bill_miller_bitcoin_could_be_rat/

Link to the audio of Maria Zach release by no name White House Staff Committee, prior to her interview.

Below are my recommendations around the problems in the near future. If you guys have any others, please respond here. This list is built for non sophisticated users (think aunt who is a secretary and grandfather who is a retired plumber.)

Here are some recommendations around the corporate giants:

VPN if you don't have one, pay and install one, creates an encrypted signal between your computer and anywhere on the internet. Telecom cannot spy on you and glean your browsing data, works on your phone too.:
https://nordvpn.com/pricing/
https://www.expressvpn.com/vpn-software

Phone os to flash your android phone, buy any android phone and place this system on it use on regular cell network:
https://lineageos.org/

Twitter Alternatives, twitter has begun banning accounts with any information contracts to the Main Stream media narrative. Try these to continue to receive some information and broadcast information if needed:
**GOOGLE PLAY STORE HAS ALREADY REMOVED PARLER** STILL USABLE ONLINE WITHOUT THE APP. Apple has threatened to remove in 24 hours. (done)
PARLER has begun taking the majority of Twitter refugees. Generally a right wing consolidation at this time but should see more diversity after the possible blackout. https://parler.com/
Twitter clone with no censorship: https://freespeechextremist.com/registration

Another on the same network hosted by different people: https://libranet.de/register

Another which recommends a server according to your taste, on the same network as the ones above. I’m in Qoto.org at the bottom: https://instances.social/

BROWSERS THAT WILL NOT SPY ON YOU.
My favorite that has more user friendly security: https://brave.com/?ref=crg805

Article showing many options for browsers choose your favorite: https://restoreprivacy.com/browser/secure/

Any recommendations that should be added please add here in comments.

Great wrap up of the times: 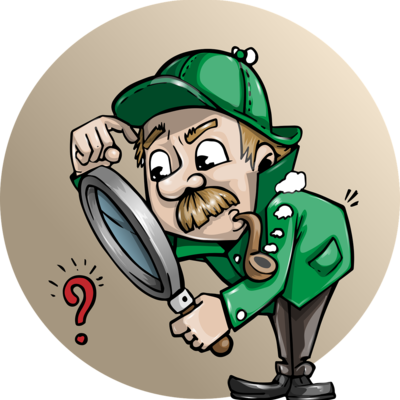 @EVoCeO @leviathan @se7en Thank you. Using simple language that doesn't scare people is not always my strongest suite. I appreciate all your feedback.

It closes the loop between my starting point in 1986 and now. Like a Terminator time line, just backwards.

It's an Atari 800XL on a USB powerbank, video output captured into a Raspi on a 2nd powerbank.

Visuals inspired by Alien movie where computers look like they should. Released in 1979, the year of Atari 800.

I have rarely felt more satisfied.

Great article on nation states using commercial coder/hackers to target journalists via iPhone's iMessage. Seriously, if that isn't a buzz worthy headline, i don't know what else would get your attention. Short read, great info, hopefully not too old.

Found it for free... :
https://fee.org/media/22562/paterson-isabel-godofthemachine.pdf

… the right to life and liberty are inalienable has been forgotten or deliberately obscured. Persons unaccustomed to attach exact meanings to words will say that the fact that a man may be unjustly executed or imprisoned negates this proposition. It does not. The right is with the victim none the less j and very literally it cannot be alienated, for alienated means passing into the possession of another. One man cannot enjoy either the life or liberty of another. If he kills ten men he will not thereby live ten lives or ten times as long 5 nor is he more free if he puts another man in prison. Rights are, by definition, inalienable only privileges can be transferred. Even the right to own property cannot be alienated or transferred j though a given item of property can be. If one man's rights are infringed, no other man obtains them; on the contrary, all men are thereby threatened with a similar injury."

Note: Government, whether intentionally or unintentionally, has obscured this fact which took the western world 3,000 years to figure out. And, most societies around the world continue to struggle to achieve. It is only those who have seen and experienced true liberty who know its value and those in power who have seen and experienced it know how it rails against the control of their masses. Thus, creating more control and more illegitimate government to suppress it.

We were keeping our eye on 1984. When the year came and the prophecy didn't, thoughtful Americans sang softly in praise of themselves. the roots of liberal democracy had held. Wherever else the terror had happened, we, at least, had not been visited by Orwellian nightmares. But we had forgotten that alongside Orwell's dark vision, there was another--slightly older, slightly less well known, equally chilling: Aldous Huxley's Brave New World. Contrary to common belief even among the educated, Huxley and Orwell did not prophesy the same thing. Orwell warns that we will be overcome by an externally imposed oppression. But in Huxley's vision, no Big Brother is required to deprive people of their autonomy, maturity and history. As he saw it, people will come to love their oppression, to adore the technologies that undo their capacities to think. What Orwell feared were those who would ban books. What Huxley feared was that there would be no reason to ban a book, for there would be no one who wanted to read one. Orwell feared those who would deprive us of information. Huxley feared those who would give us so much that we would be reduced to passivity and egoism. Orwell feared that the truth would be concealed from us. Huxley feared the truth would be drowned in a sea of irrelevance. Orwell feared we would become a captive culture. Huxley feared we would become a trivial culture, preoccupied with some equivalent of the feelies, the orgy porgy, and the centrifugal bumblepuppy. As Huxley re marked in Brave New World Revisited, the civil libertarians and rationalists who are ever on the alert to oppose tyranny "failed to take into account man's almost infinite appetite for distractions." In 1984, Huxley added, people are controlled by inflicting pain. In Brave New World, they are controlled by inflicting pleasure. In short, Orwell feared that what we hate will ruin us. Huxley feared that what we love will ruin us. This book is about the possibility that Huxley, not Orwell, was right.

Amusing Ourselves to Death by Neil Postman

As I watched the debate last night I thought, "I wonder if everyone else is thinking these two things... '327 million people and these are my two choices.' and, 'How did we get here?' "

Then I recalled what someone had post the other day so I'm going to to repost and hope you guys enjoy.

Seems to me, the next step is to sunder "tweedism" ("the genius theory for destroying democracy") in the US.

Here is how it works from a Harvard professor:

Harvard Professor Lawrence Lessig makes the case that our democracy has become corrupt with money, leading to inequality that means only 0.02% of the United States population actually determines who's in power. Lessig says that this fundamental breakdown of the democratic system must be fixed before we will ever be able to address major challenges like climate change, social security, and student debt. This is not the most important problem, it's just the first problem.

Lawrence Lessig is the Roy L. Furman Professor of Law and Leadership at Harvard Law School, former director of the Edmond J. Safra Center for Ethics at Harvard University, and founder of Rootstrikers, a network of activists leading the fight against government corruption. He has authored numerous books, including Republic, Lost: How Money Corrupts Our Congress—and a Plan to Stop It, Code and Other Laws of Cyberspace, Free Culture, and Remix.

This talk was given at a TEDx event using the TED conference format but independently organized by a local community. Learn more at http://ted.com/tedx

Here is what taught in US Schools: 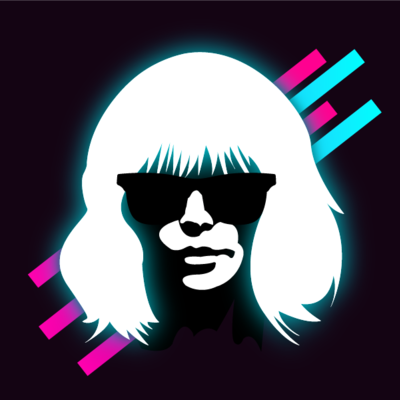 I know this has been talked about already:

But i couldn't help it. I feel like its all related and part of the same enigma.

"I think that there's a lot of people more concerned about being precisely, factually and semantically correct than about being morally right."
-AOC
https://www.youtube.com/watch?v=SprRnUBAruw
7:35

I'm not normally "anti-liberal", but when people talk like this, i cant help but think like this:

"Facts are stubborn things; and whatever may be our wishes, our inclinations, or the dictates of our passions, they cannot alter the state of facts and evidence."
-John Adams

It is our duty to put aside our beliefs and desires, our limited scope of understanding and our narrow experience to pursue what is factually correct and harmonious with our ethical and moral beliefs which dictate the spirit of our government.

The conundrum is these two things are not mutually exclusive but literally one can dictate the other. You cannot have a morally aligned conversation without precise, factually and semantically correct because you are then forgoing truth in pursuit of your poorly informed "moral" beliefs. This statement is oxymoronic.

I appreciate Shapiro's perspective and i would like to add another perspective. As you know I've been on a Isabel Paterson (https://fee.org/media/22562/paterson-isabel-godofthemachine.pdf. - pg 96) kick lately. I think this falls under the whole "gender/age/identity fluidity/politics" arguments. I think there are other way to go about getting what you want besides manipulating language. Isabel Patterson below:

But the Marxist terminology reduces verbal expression
to literal nonsense on the basis of fact and usage 5 this is not
obvious gibberish, nor the humorous nonsense which will
sometimes elucidate an intrinsic difficulty of expression or
indicate a gap in knowledge, but arrangements of words according to the rules of grammar, in which each word taken separately has a customary meaning, but which in the given sequence, the sentence, mean nothing at all. For example, let it be said that: "An isosceles triangle is green." The several words are in common use, and as parts of speech they are
placed in proper order 5 but the whole statement is absurd.
That is bad enough, but it would be rather worse if one
spoke of the "roundness of a triangle." The phrase "dictatorship of the proletariat" is like the "roundness of a triangle," a contradiction in terms. It has no meaning. The
theory of "dialectical materialism" is a misuse of terms of
the same type as the statement that an isosceles triangle is
green. 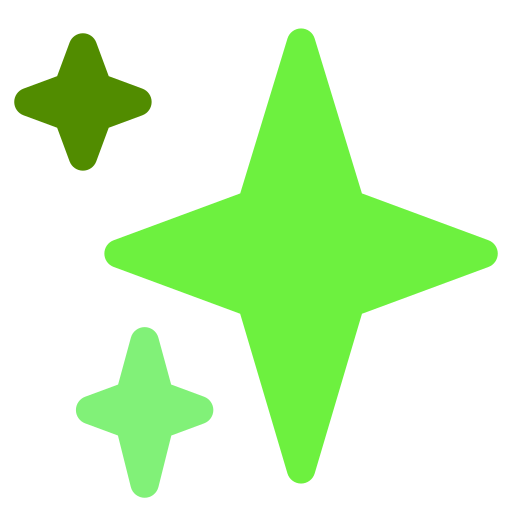 waiting for the bus sometimes makes me feel like an NPC

standing in place, looking around, regularly touching my hair,

just standing there, waiting for something to happen

... man must impose restraints on himself for the objectives distant in time and needing to be directed in space... His initiative will be wasted unless he also inhibits himself; he must be able to count upon others who participate in the exchange to observe like long-term inhibitions.

^this is what man is, he is initiative and creation itself. For, government cannot create. only man can create.

... there must be and agency to witness long-term contracts and see that they are fulfilled in the absence of either of the parties, or to enforce an agreed penalty in case of default. the appropriate authority for this purpose is therefore delegated to government.

^"this is what government does, and all it can do. It is a prohibitory and expropriative agency."

"Initiative is life itself."

@EVoCeO this sums it up pretty good.

"...physics has no name for the exact function which is delegated to government."

Great stuff from this guy.

I chose Mastodon because if its uncensored nature and chose QOTO.ORG because of its philosophy.