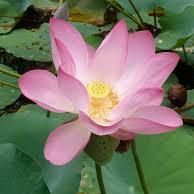 If checks in the VAB go smoothly, it's possible NASA will target the schedule's earliest long mission opportunity, which would kick off with a launch on Aug. 29. However, a long mission window lasting five consecutive days exists between Sept. 2 and Sept. 6, and may serve as a more favorable option. In any case, NASA officials are not likely to commit to a launch date prior to SLS inspections in the VAB, which won't begin until later this month.