I've finished binging Community (when will there be a movie?!). Any suggestions what next to watch on Netflix? I'd like it to be lighthearted, amusing, and yet witty. I've already finished Brooklyn 99 prior.
#Netflix

Swept the garden, and trimmed the grapevine a bit. Decay's definitely setting in, leaves falling everywhere. Got my fresh air for today, so that's good.

The funny thing is that the store owner of the Giant Bike store was like 'We take our bike repair very seriously.'

Sure, but the independent bike repair guy wouldn't be in business for very long if he didn't take his business seriously either. :P

Yeah, I know where I'll bring my bike to tomorrow. :P

Damn, I already did so much stuff today that I thought it'd be noon already. But it's only 11:06. I guess I'm way too efficient.
#Work

Ah. I'm binge-watching Community again since about 2 weeks ago. I'm currently at the episode Advanced Advanced Dungeons & Dragons and they referred to an earlier D&D episode that I've definitely watched a long time ago but can't recall having watched in this binge...

Turns out that's the one that got removed 2 years ago for Chang to do something looking like a blackface. Mmm, the removal was probably overkill since that issue did get addressed in the episode too and could've been a nice educative moment. In the meantime we're missing out on a fun episode. :P

Oh RIP Louise Fletcher. Her characters were so great to hate, she was wonderful!
May she rest in peace now... my child.

I should add garlic to more things. Damn tasty.

My body must be a TARDIS of snot. There simply is no other explanation for the amounts that my nose can produce.

I'm bored and my nose's stuffed with paper towels. :P

Omfg, why does the handyman keep borrowing stuff from our office while the stock room is RIGHT AROUND THE CORNER!

I had to fetch our scissors back... and he claims he got it from another room. Nope, nope nope nope. I SAW him getting those very scissors from our office, so nope. Not falling for that one.

Wtf, we found an Alphasmart Neo 2 in one of the closets. Why do we have this thing here? No clue... It still works fine though. Not sure what to do with this, lol.
#Work

Isle of Dogs was a weird movie but somehow it did manage that I fully watched it (although spread over a long period, 10 minutes here, 10 minutes there... Might've been a couple months?)

It's a stop motion animation that's just... absolutely bizarre. Dogs got some sort of flu, so they're banned to a trash island. There are people who want their dogs back and start an opposition against the evil mayor.

The son of the mayor misses his dog, so he hijacked a small plane and flew over to trash island to search for his own dog, Spot. He encounters a ragtag band of dogs and then travels with them to where they think Spot might be hiding at.

This story, together with the art style used, made the whole movie feel pretty alien to me. It was entertaining in a weird way.
#Movies

Oh gods, I love Community. I'm binge-watching it again. They always manage to turn some silly event that is nothing special into something huge.

Decided to go paint my shed (there's still some unpainted bits left) despite that it's not that warm (20C) and not that bright (quite cloudy, makes it a slight bit hard to see). I have the energy now and nothing else to do, so why not?

Google Translate tells me that it is 'staining' the shed.. but that sounds a bit weird to me. Dutch 'beitsen'. Not quite paint, but more a protective layer for outdoors wood stuff. With a bit of color in it in this case.

I do have to use the hand broom often to sweep away some spiderwebs, they do love my shed a bit too much.

I'm loving the Dataview plugin more and more in Obsidian, it's a whole own SQL-ish database but made up of markdown files.

This flexibility is insane.

And I've not even delved in DataviewJS yet.
#Obsidian #ObsidianMD #Dataview 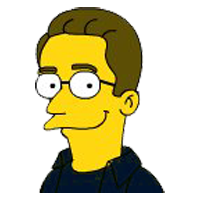