"...the app's sudden and undignified demise is due to an unannounced and undocumented policy change by an increasingly capricious Twitter – a Twitter that we no longer recognize as trustworthy nor want to work with any longer."

"Twitterrific: End of an Era" by Sean Heber from The Iconfactory https://blog.iconfactory.com/2023/01/twitterrific-end-of-an-era/

An introduction to #PredictionMarkets and how they work.

"[Q:] What can I do to help promote prediction markets? [A:] If you’re an ordinary person with no special expertise or skills, I think the best thing you can do is create a Manifold Markets account, bet on topics that are interesting to you, and create markets for any interesting topics that don’t have one yet."

"Tusksite" seems to have some usage and it lends itself to a nice "Musksite" pun as well.

Random thought: I notice a lot of people use "birdsite" to refer to #Twitter here, and now that Twitter is blocking links to #Mastodon maybe we should start calling it "elephant network" there.

"This doesn’t mean we need a world where nobody talks to anyone we disagree with — instead of thick walls, we need semipermeable membranes. And a fragmented internet, where people can try out multiple spaces and move from forum to forum, is perfect for providing those membranes."

"The internet wants to be fragmented" by Noah Smith https://noahpinion.substack.com/p/the-internet-wants-to-be-fragmented

The whole controversy around #UFoI has really made me consider moving to a different instance. I joined QOTO because it federated with all other servers (only silencing/limiting in certain cases) but also hasn't gotten the same reputation for hate speech as other "free speech" instances. But it seems QOTO has already gotten defederated for much the same reason (justified or not), so it may be that QOTO's circumstances are more similar to those other instances than I thought.

I'm also not sure if my posts fit the overall tenor of this instance. I don't think I've broken any rules but I feel like my posts ought to be more STEM focused. I've kinda rationalized this by telling myself that a lot of what I talk about is related to technology, but there's a lot that isn't too.

Maybe my concerns are overblown, and I suppose I have to accept some level of negative reputation for being on an instance that casts a wider net of free speech than others. Seems like a less bad option right now.

I'll definitely use the content-warning option more often though. 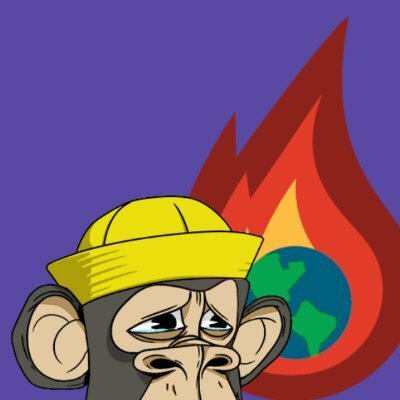 "Why I'm Less Than Infinitely Hostile To Cryptocurrency" by Scott Alexander in Astral Codex Ten https://astralcodexten.substack.com/p/why-im-less-than-infinitely-hostile

Lots of interesting discussion in the comments. I don't think my overall appraisal of the #cryptocurrency / #blockchain space has changed much but it has at least expanded my knowledge somewhat and added to the "known unknowns."

I'm definitely feeling the "vague clouds of ideas" thing I quoted previously ( https://qoto.org/@collectedoverspread/109030322580042535 ). In a recent discussion thread elsewhere I played a little game of how many issues the discussion touched on; I think I spotted half a dozen before I left.

I've been meaning to write a grand "All My Views on Transgender Issues" thing for some time now but only now have I realized just how many different issues are packed inside and how conflating them leads to muddied discussions that go nowhere fast.

"But what speech Twitter *should* allow on its platform — versus what it must allow — is where most of the messiness comes in. Because that’s not a debate about First Amendment law. That’s a debate about free speech culture." [emphasis in original] 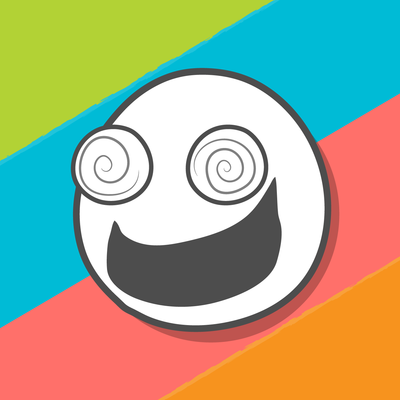 This feels appropriate for the second thing I've ever posted to mastodon.

#Mastodon #Fediverse curiosity: What are some strategies for viewing the local timeline of another instance on a mobile device?

So far I've just been pulling it up in the browser, which isn't great, especially if I want to boost something from there. I suppose I could create an account but that seems to go against the idea of federation (and also I'd need to take care to post on only one account). I could also theoretically create my own instance and curate my follows so that the federated timeline reflects the instances I want but that seems like overkill.

One thing that bugs me about Tusky though is its hardcoded block of certain instances (Gab and Spinster currently). (Although I think Gab has migrated to a different incompatible system anyway.) I don't think a client app is the right place to implement such a block but I'm not going to complain too much since I'm pretty sure it doesn't prevent me from viewing posts on said instances, just logging into them.

I've switched from #Twidere to #Tusky as my mobile client for #Mastodon . A long time ago I tried using Twidere for Twitter but it wasn't great, and I just kept it for Mastodon. But I notice that it doesn't properly handle the extended character limit on QOTO and it also doesn't show the extra links on profiles.

"To be clear: there is nothing magical about federated worlds. If a federated social media is better than the centralized incumbents, it will be because people made a conscious choice to make it better - not because of any technological determinism. Open, decentralized systems offer new choices towards a better online world, but it’s up to us to make those choices."

"The Fediverse Could Be Awesome (if we don’t screw it up" by Cindy Cohn and Rory Mir from the Electronic Frontier Foundation https://www.eff.org/deeplinks/2022/11/fediverse-could-be-awesome-if-we-dont-screw-it

"Things I Hate About the Internet: False #AdBlocking Accusations," on how I am often told to disable my #AdBlocker #AdBlock even when I don't use one (I'm not against #OnlineAdvertising, only #OnlineTracking ) https://collectedoverspread.tumblr.com/post/696156790149300224/things-i-hate-about-the-internet-false

One obvious difference is that identifying with non-political groups invites far less controversy. But I think the more fundamental difference is the presence/lack of "central"/"typical" instances/characteristics. At least for the sociopolitical groups I can think of, it's hard for me to pick these out because the groups are so broad with many factions.

"All in All, Another Brick in the Motte"

"[The motte-and-bailey fallacy] draws its strength from people's usual failure to debate specific propositions rather than vague clouds of ideas."

This isn't even the main point of the essay but it succinctly captures something I've noticed for a long time, and it's basically why I can't really align myself with any broad sociopolitical (?) movement.