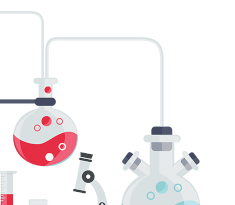 A proud member of the

This instance adheres to the UFoI Code of Ethics.

Welcome to the QOTO instance

QOTO: Question Others to Teach Ourselves
An inclusive, Academic Freedom, instance
All cultures welcome.

"I know you won't believe me, but the highest form of Human Excellence is to question oneself and others." - Socrates

A Mastodon instance for scholars in Science, Technology, Engineering, and Mathematics (STEM) and all yearning to learn.

TL;DR: Be respectful, and don't harass other Fediverse users. Unpopular opinions are acceptable, hate-speech is not. Respect others users right to disengage. CW nudity, and spoilers. You must be 16 years or older and a S.T.E.M. student or professional to join our server. Membership is a privilege, not a right.

We won’t censor unpopular ideas and statements and welcome people from across the political spectrum, but hate-based speech such as sexist, racist, or homophobic speech will not be tolerated, be kind to each other.

QOTO aims to provide a community where our users do not fear being punished for their personal opinions. We do not allow people to disseminate ideologies that are abusive or violent towards others. Demonstrating support for or defending ideologies known to be violent or hateful is a bannable offense. This includes, but is not limited to: racial supremacy, anti-LGBTQ or anti-cis-gender/anti-straight, pro-genocide, child abuse or child pornography, etc. While we recognize questions and conversation regarding these topics are essential for a STEM community, in general, doing so in bad faith will result in immediate expulsion.

All discussions between mods are public, as we believe that transparency is the best way to show everyone how we put words into practice.

Please don't hesitate to Direct Message me ( @freemo@qoto.org ) or tag me in Toots (what we call tweets here) if you have any questions or even if you just want to chat.

If you are new to Mastodon you may want to check out this official getting started guide: https://docs.joinmastodon.org/

We are a Academic Freedom zone. Feel free to talk about whatever you want, say whatever you want, as long as it is legal, follows our rules, and you engage respectfully you won’t get banned from the server. With that said we do have a few rules: No spam, and no using multiple accounts to circumvent personal bans, and a few others (see below).

This server isnt a typical mastodon server either. I have personally modified the code on this server to give it several unique features you won't find on other servers.

If you are new to Mastodon here is some useful info.

If you want to tag someone on the same server as you then you can just do @user however if you want to specify someone on a different server you can do @user@server. If someone follows you or mentions you on any server on the internet you'll get notified right here. So my full tag is @freemo@qoto.org.

So now a bit about the timelines, there are three (unlike twitter there is just one): Home, Local, Federated.

The Home timeline is just like what you'd expect on twitter, that is, everyone you are following.

The local timeline is any post made by anyone on your local server.

Only other thing that is unique is listed vs unlisted posts. You have normal privacy settings like on twitter but you also can set a post to be listed or unlisted. If it is listed it acts just as i described. If it is unlisted then it acts just as a normal tweet would but it doesn't show up on local or federated timelines anywhere.

Also this goes without saying, but don't be racist, sexist, hateful, and don't harass people. It's a pretty shitty thing to do, don't be shitty!

The following is the list of QOTO administrators/moderators.
Note: The account @QOTO@qoto.org listed as the administrator is NOT an actively monitored account. It was selected so as not to show favoritism among our moderator group, we are a democracy and even our administrators and moderators are held to the same high standards of decency as the rest of the community.

What will get you banned:

What won't get you banned:

We are all adults here, act like it. Despite our belief in freedom of expression we want to create a space where people are respectful to each other. Don't disrespect people; if they disrespect you then block them and move on. If we get a report on one of our users then an administrator will reach out to the parties involved and try to mediate a peaceful resolution. We will talk it through like mature adults. Lets remember there is a person at the other end of the screen, if we can be mature in real life we can do it here too.

We understand that moderators will not always catch 100% of offenses above. If a server does not appear to be compliant with the above federation policy we will first reach out to the moderators of the server. If those moderators actively take action to handle those cases as they are reported then we will continue to federate. It will only be cases where moderators are made aware of the above cases, and fail to act, that will result in defederation.

Similarly if we receive anonymous reports on **any** incident of any kind from a foreign server directed at one of our own users, or we hear word of any moderation from a foreign server, we will always reach out to the admins of the other server, usually CC'ed from a non-QOTO account. However if any moderator or admin for any reason would not like to be contacted we will respect any such request as well.

Mastodon generally allows you to view content from and interact with users from any other server in the fediverse. These are the exceptions that have been made on this particular server.

Posts from these servers will be hidden in public timelines and conversations, and no notifications will be generated from their users interactions, unless you are following them: