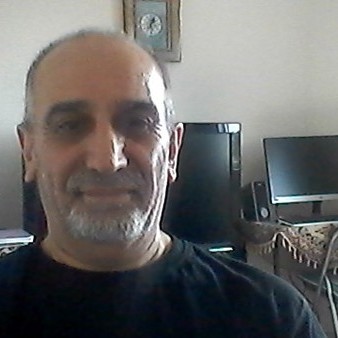 Russia ♩ ♪ China ♫ ♬ Iran ♭ ♮ ♯ 🎼 Cuba🎵 🎶♩Cuba ♪ Syria♫ ♬Syria ♭ ♮ ♯ 🎼 🎵 🎶♮ ♯ 🎼 Chain 🎵 China 🎶♩Iran ♪ Russia♮ ♯ 🎼 🎵 🎶♩ ♪Yemen ♫ ♬ Iran♭ ♮ ♯ 🎼 ♫ ♬ ♭ ♮ ♯ 🎼 BBC, CNN, ITV, FOX NEWS,...have got Explosive Diarrhea How? Lie like Nixon
From Nixon to Trump: Lessons of the 1968 election
"It appears that the Western public, both relatively ‘educated’ and thoroughly ignorant, could, after some persuasion, agree on certain very basic facts – for instance that Russia has historically been a victim of countless European aggressions, or that countries like Venezuela, Cuba, Iran or North Korea (DPRK) have never in modern history crossed the borders of foreign nations in order to attack, plunder or to overthrow governments.
OK, certainly, it would take some ‘persuasion’, but at least in specific circles of the otherwise hopelessly indoctrinated Western society, certain limited dialogue is still occasionally possible.
China is different. There is no ‘mercy’ for China, in the West. By many standards, the greatest and one of the oldest cultures on Earth, has been systematically smeared, insulted, ridiculed and arrogantly judged by the opinion-makers, propagandists, ‘academia’ and mainstream press with seats in London, New York, Paris and many other places which the West itself calls the centers of ‘erudition’ and ‘freedom of information’.
Anti-Chinese messages are sometimes overt, but mostly thinly veiled. They are almost always racist and based on ignorance. And the horrifying reality is: they work!
They work for many reasons. One of them is that while the North Asians in general, and the Chinese people in particular, have been learning with zeal all about the rest of the world, the West is thoroughly ignorant about almost everything Asian and Chinese." https://journal-neo.org/2018/06/17/west-is-spreading-..