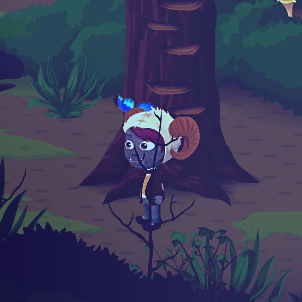 Hello! I'm shakha and I use they/them pronouns. I study materials engineering, and my interests include #science and #engineering, #veganism, #queer or #LGBTQ advocacy, #philosophy, #atheism and #humanism, all kinds of #literature, #music, and #gaming, especially survival and non-linear games. Currently based in #Singapore.

Still figuring out how I want to use this platform.

Peter Singer's 'The Life You Can Save' has been released as a free ebook or audiobook :) https://www.thelifeyoucansave.org/the-book/

Singer makes a philosophical argument for what we should be doing in response to global poverty. I haven't read this book yet, but I've found his other work to be concise and compelling and would recommend checking it out. He advocates for impactful, evidence-based action.

> A new project aims to make LibGen, which hosts 33 terabytes of scientific papers and books, much more stable.

"In the memo, Google said the fired employees had repeatedly searched for, looked through and distributed information “outside the scope of their jobs.” One of the workers set up notifications to receive emails detailing the work and whereabouts of other employees without their knowledge or consent, the memo said."
...
"The Tech Workers Coalition, an advocacy group, said on Twitter on Monday that the four employees had been fired for “organizing at work” and encouraged workers at Google to “speak out against this draconian act.” "

It seems like other Google employees, those who have been vocal on this, are on the side of those who were fired. They held a rally last week to protest actions taken against two of the people who were fired (video here: https://www.alphabetworkers.org/videos/).

I only just learnt of the events that apparently led up to this. Has anyone here been following the story? #Google

Something I hadn't considered before at conferences: poster sessions need to be physically spaced apart enough to let people with mobility devices through.

Having a cramped poster session is not only annoying for the presenters, but it prevents people in wheelchairs from being able to talk to presenters in the first place

Arjen was an amazing man, with whom you could have incredibly energetic and joyful conversations. He was somehow everything in one person. The water professor, the activist, the organiser, the teacher, the inspiration and the action.

Considering the name of this instance, this seems like the right place to ask. Is anyone here into street epistemology?

For anyone who hasn't heard of it, it's a conversational technique used to examine beliefs that is similar to socratic questioning, but you focus *just* on the method(s) used to reach a particular belief. An outline for how it goes: https://streetepistemology.com/publications/street_epistemology_the_basics You essentially act as a sounding board for someone else to reflect on how they reached a particular belief, and you keep your own beliefs out of it to avoid turning it into a debate. Hopefully useful for the person reflecting on their belief, but also good for the SE practitioner to get to know the other person's thinking better (and maybe shed themselves of straw men in the process?).

People primarily seem to be using it for supernatural/religious claims at the moment, but it seems like a useful tool for constructive conversations in all kinds of contexts. There are tons of videos on youtube of SE-based conversations.

Hello! I'm shakha and I use they/them pronouns. I study materials engineering, and my interests include #science and #engineering, #veganism, #queer or #LGBTQ advocacy, #philosophy, #atheism and #humanism, all kinds of #literature, #music, and #gaming, especially survival and non-linear games. Currently based in #Singapore.

Still figuring out how I want to use this platform.