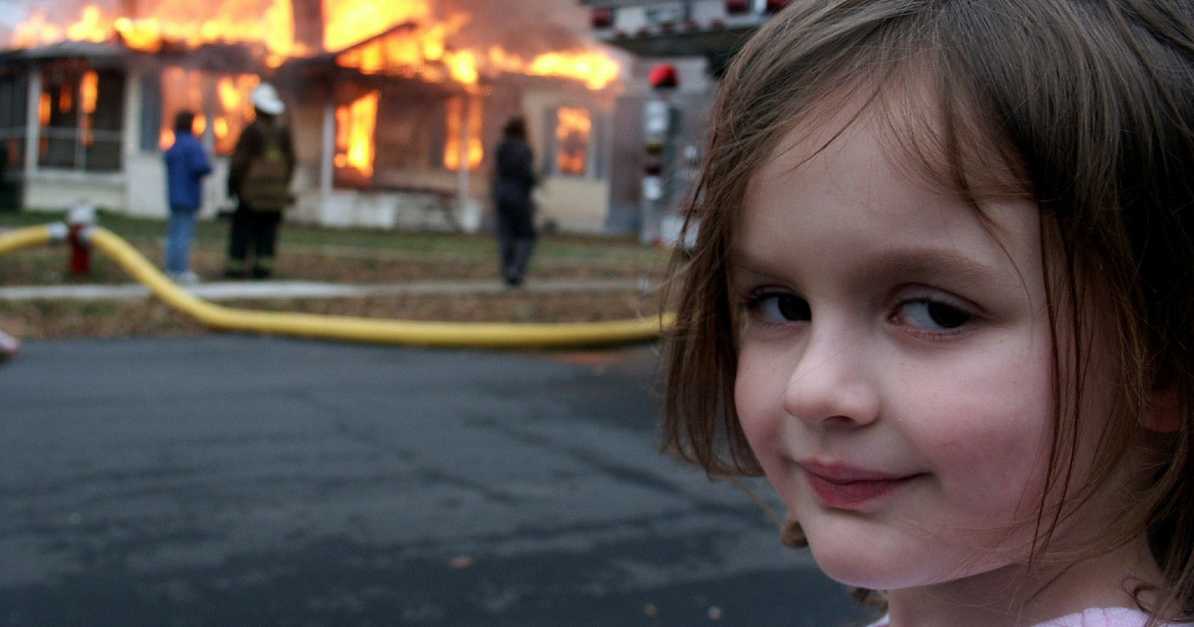 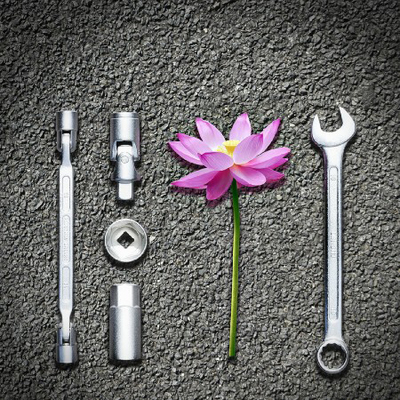 In Hollywood miserable rich people who are bad at living teach the public how to live.

In Hollywood people who have lost touch with their humanity teach the public how to be human.

In Hollywood the most fake people in the world teach the public about reality.

In Hollywood they make ninety-minute commercials about how America is perfectly sane and how neoliberalism is totally working.

In Hollywood people pretend to be other people saying words that other people wrote telling stories about things which never happened and we base our entire culture on this.

In Hollywood they make movies about heroes fighting powerful villains with ambitions of global domination, but it’s always imaginary villains in an imaginary world and not the real-life villains who are doing exactly that in this world.

In Hollywood they make movies about cops and soldiers fighting on the side of justice to rescue good people from bad people, instead of about the real kind who do the very opposite.

Western mass media continues to be atomized in its coverage. It thrives on soundbites. Sensationalism. Cacophony. A malnutrition of context with roots in the Nazi propaganda construct of Joseph Goebbels.

What is the media? What purpose does it, and other means of mass communication, serve?

Is it a deluge of hip entertainment news outlets and its offspring of color following suit as they curry favor among viewers with bright lights and pizzazz, sensationalism with a pinch of headlines, and nonstop celebrity opinions? Is it fact or fiction, or a warped combination of the two? Who determines what is and isn’t suitable content and commentary?

With the communication trans-nationalists of our time broadcasting on-air and streaming online every second of the day, each day of the week, it can’t be, in the words of Goebbels, “a matter for average minds, but rather a matter for practitioners.” To be clear, he was referring to propaganda, not the media per se.

Global perspectives and staying informed, however, need not be relegated to the communication trans-nationalists of our time, their soundbites or cacophony of pundits and experts. One glance at the corporate interests behind media moguls and the demographic makeup of their editorial boards is a constant reminder that the maw of this 24-hour news cycle is feverishly biased. Sizable no doubt, western mass media continues to be atomized by a malnutrition of context.

While technological advancements have leveled the playing field in terms of accessing the tools to produce and disseminate media across the globe, how have journalists reacted or had to adjust to the online world of algorithms, click-baiting, SEO, keywords, ad revenue, bots, and social media? “Data shows (Pew Research – 2019) that 55 percent of adults in the United States get their news from social media either often or sometimes. Now that’s scary,” says a media web-team director to his writers and editorial staff. A bedrock for any people, community, or nation, how are we to distinguish between informative news coverage, propaganda and biased noise without falling prey to cynicism regarding media producers across the board? Moreover, to what degree can the recent past inform us about the present?

The Age of Radical Evil

"Immanuel Kant coined the term “radical evil.” It was the privileging of one’s own interest over that of others, effectively reducing those around you to objects to be manipulated and used for your own ends. But Hannah Arendt, who also used the term “radical evil,” saw that it was worse than merely treating others as objects. Radical evil, she wrote, rendered vast numbers of people superfluous. They possessed no value at all. They were, once they could not be utilized by the powerful, discarded as human refuse.

We live in an age of radical evil. The architects of this evil are despoiling the earth and driving the human species toward extinction. They are stripping us of our most basic civil liberties and freedoms. They are orchestrating the growing social inequity, concentrating wealth and power in the hands of a cabal of global oligarchs. They are destroying our democratic institutions, turning elected office into a system of legalized bribery, stacking our courts with judges who invert constitutional rights so that unlimited corporate money invested in political campaigns is disguised as the right to petition the government or a form of free speech. Their seizure of power has vomited up demagogues and con artists including Donald Trump and Boris Johnson, each the distortion of a failed democracy. They are turning America’s poor communities into internal militarized colonies where police carry out lethal campaigns of terror and use the blunt instrument of mass incarceration as a tool of social control. They are waging endless wars in the Middle East and diverting half of all discretionary spending to a bloated military. They are placing the rights of the corporation above the rights of the citizen."

As US Eviction Crisis Looms, Remember That Poverty Is Weaponized By The Elite

"While ordinary Americans are worried about being evicted from their homes by the tens of millions, the nation’s billionaires are warning the nation of the dangers of communism. After recently drawing fire for repeatedly cheerleading last year’s vicious fascist coup of Bolivia’s leftist government, billionaire Elon Musk is now tweeting anti-Marx memes and warning that leftists are “losing the middle”.

CNBC News reports that Americans are looking at the possibility of up to 40 million evictions in the coming months as unemployment payments expire and a federal moratorium on evictions runs out.

“It’s like nothing we’ve ever seen,” National Coalition for a Civil Right to Counsel coordinator John Pollock told CNBC, adding that there were 2.3 million evictions in the entirety of 2016 and that “There could be that many evictions in August.”

This is America. This is what America is designed to be. The head of a vast, globe-spanning empire needs its rank-and-file citizens to be poor, powerless, busy and brainwashed at all times, because a lot of power and money rides on keeping the riff raff away from the gears of the imperial machine."

Behind a veil of corporate media PR, the Gates Foundation has served as a vehicle for Western capital while exploiting the Global South as a human laboratory. The pandemic is likely to intensify this disturbing agenda.

By Jeremy Loffredo and Michele Greenstein

President Donald Trump’s announcement this July of a US withdrawal from the World Health Organization (WHO) set into motion a process that will have a dramatic impact on the future of global public health policy – and on the fortunes of one of the world’s richest people.

The US abandonment of the WHO means that the organization’s second largest financial contributor, the Bill & Melinda Gates Foundation, is soon to become its top donor, giving the non-governmental international empire unparalleled influence over one the world’s most important multilateral organizations.

Bill Gates has achieved a hero-like status during the pandemic.

The tidal wave of mainstream media praise for Gates during the COVID-19 era has meant that scrutiny of the billionaire and his machinations is increasingly isolated on the far right of the political spectrum, where it can be dismissed by progressives as the conspiratorial ravings of Trumpists and Q-Anon quacks.

The Gates Foundation has already effectively privatized the international body charged with creating health policy, transforming it into a vehicle for corporate dominance. It has facilitated the dumping of toxic products onto the people of the Global South, and even used the world’s poor as guinea pigs for drug experiments. The foundation’s influence over public health policy is practically contingent on ensuring that safety regulations and other government functions are weak enough to be circumvented. It therefore operates against the independence of nation states and as a vehicle for Western capital.

“Because of the Gates Foundation, I have watched government after government fall in its sovereignty,” Dr. Vandana Shiva, a scholar and founder of the India-based Research Foundation for Science, Technology and Ecology, told The Grayzone.

The US declared war on TikTok because it can’t handle the truth - https://www.theverge.com/21355465/tiktok-us-china-information-nationalism-online-propaganda

In Hollywood miserable rich people who are bad at living teach the public how to live.

In Hollywood people who have lost touch with their humanity teach the public how to be human.

In Hollywood the most fake people in the world teach the public about reality.

In Hollywood they make ninety-minute commercials about how America is perfectly sane and how neoliberalism is totally working.

In Hollywood people pretend to be other people saying words that other people wrote telling stories about things which never happened and we base our entire culture on this.

In Hollywood they make movies about heroes fighting powerful villains with ambitions of global domination, but it’s always imaginary villains in an imaginary world and not the real-life villains who are doing exactly that in this world.

In Hollywood they make movies about cops and soldiers fighting on the side of justice to rescue good people from bad people, instead of about the real kind who do the very opposite.

It is no longer a government. Is an auction house for stocks.

In times of corona, they're sharing information with governments on where you’ve been and what you’ve been doing.

They should be held accountable like Big Tech, says @MORGANMEAKER@twitter.com.
https://thecorrespondent.com/621/the-original-big-tech-is-working-closer-than-ever-with-governments-to-combat-coronavirus-with-no-scrutiny/764658663021-65e2d434

"The explosion in the port of Beirut, which killed at least 100 people and injured about 4,000 others, is the latest blow to Lebanon, which already faces an economic, political and public health crisis amid the coronavirus pandemic. The blast is believed to have been triggered by …"

Technologies like EFF's Privacy Badger block trackers (protecting your privacy and publications' rate-cards), but not ads (provided they don't track). Ultimately, this needs systemic, not individual solutions (a US federal privacy bill with a private right of action!).

They've since experimented with major advertisers like Amex and found little to no difference between context ads and behavioral ads when it comes to conversions.

And - once again - any short-term losses from contextual ads are more than offset by averting the long-term death-spiral of by behavioral ads, in which parasites chase the cheapest possible content, earning ad revenues by targeting readers of better publications.

Behavioral ads grew up with Big Tech and its mass surveillance. Data-brokers make crazy claims for how well their targeting works in "conversions" - that is, turning ads into sales. But these are obviously self-serving claims.

The ad industry's core competency isn't selling advertisers' products to consumers: it's selling advertising services to advertisers. Moving product is a good way to do that, but so is bullshitting in ways that drive up payments.

The mainstay of online advertising is "behavioral advertising" in which ads are placed based on dossiers of your activity and preferences that have been compiled by Big Tech giants and shadowy data-brokers.

The cornerstone of behavioral advertising is "real-time auctions": when you request a web-page, its publisher fetches your cookie, correlates that with your identity in multiple databases, then offers the chance to advertise to you to several (dozens, sometimes more) brokers.