The following is a breakdown of how the new Moderated Group server works. If you want to start a group (becoming the owner and moderator for that group) you can sign up here: https://groups.qoto.org

This server is not intended for, nor does it support, regular user accounts. Its intended purpose is to host managed groups similar to https://gup.pe but adding the ability for a group to be owned and managed by an owner giving them the ability to mute, block, or silence misbehaving users as well as to make the group private so that only approved members can join.

The way it works is rather simple, similar to guppe anyone who makes a top-level post and tags the group’s account name will have their post added to the group automatically presuming they have permission to post to the group. By default groups are open and anyone would have permission to post to a group. These posts can be done as either public or unlisted, however DMs will not work as they lack the permission for other users to see it. If you wish to get group posts in your home timeline you simply follow the group, that’s all there is to it.

Keep in mind while all servers support groups, since it uses standard mechanisms to operate, not all servers will render groups in the same way. You will get the best group expiernce with an account on QOTO which has a unique feature whereby Groups are rendered and handled in a special way. There is a “Group directory” on QOTO, for example, that lists all groups discovered around the fediverse and lists them, ordered by how active they are. Also when you pull up the timeline for a group it renders in a way that makes group posts seem seamless. However if you are on vanilla Mastodon or some other server like Pleroma there isn’t any special handling for groups; that means posts made to a group will still show up in your home timeline but it will appear as a boost made by the group account itself. So functionally it still works. This is no different than how guppe works so the expiernce with guppe based groups is no different.

After signing up please consider going to the new accounts profile setting and selecting “List this account on the directory”. This will ensure that your group is discoverable and that other users around the fediverse can search for, find, and ultimately join, your group. Without this checked it will not show up in the Group Directory on other servers as well.

Moderation of the group by the account owner is not much different than a normal user account. You can mute, block, or silence users to limit their ability to see or post to the group as you see fit. Similarly a group can be made follower-only if you wish to restrict who can follow a group.

One important note, due to the special nature of a server devoted to groups a few features have been explicitly turned off to prevent abuse. A group account can not follow other user or groups, though it can be followed. As such there is also no home timeline. This prevents users from spam following to get followers to a group. 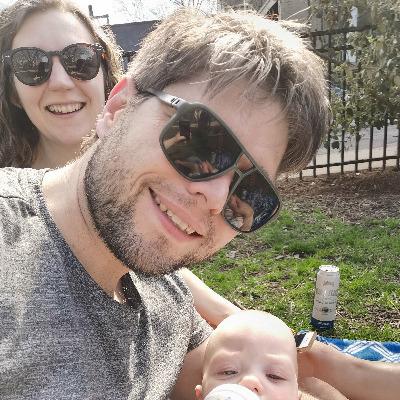 @QOTO @GuppeGroups check out this thread for a new groups app from qoto with group moderation features!