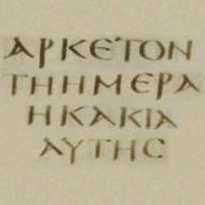 I am an open source guy at a proprietary software company. I've gotten to see the various licenses in action and how they are used, abused, understood and misunderstood. I tend to see them this way.

GPL or "share-alike": when the biggest threat is "embrace, extend, extinguish," this is the only way to go. It forces all players to stay on common ground -- or not play at all. It seems to work particularly well for large infrastructure projects, but if your project doesn't have the size and clout of, say, the Linux kernel, then the benefits may not be so obvious. At least nobody can extend your code and not share their own.

BSD or BSD-like: The ultimate free in a libertarian sense and "business friendly" because businesses can extend it and bill. But nothing forces the businesses to give back or stay on the common ground, so it is harder to preserve the common. Still, if you want to be the default choice of a business, this is a safe choice.

Proprietary: guarantees salaries are paid as long as the sales team is successful, but otherwise it has very little going for it.

Freemo, this may seem to make your point about freedom, but it depends on what freedom you are trying to preserve. Sometimes to preserve one freedom in a complex world with lots of players -- to preserve, let's say, the user's ability to use and inspect the code -- you have to infringe another, the coder's right to do whatever they want with the code including hiding what they add to an existing code base.

@RomeoTBravo Well I agree that GPL guys are going to view things different than me. I mean, they think their license is free, I dont. They have their reasons, I dont agree with it. But its all cool, their life, their code, do what you want with it.

If your contributing under any license, no matter if you care about the license or not your doing something, you deserve some level of respect for that, and lets not loose sight of that despite my, perhaps harsh, opinion of GPL.