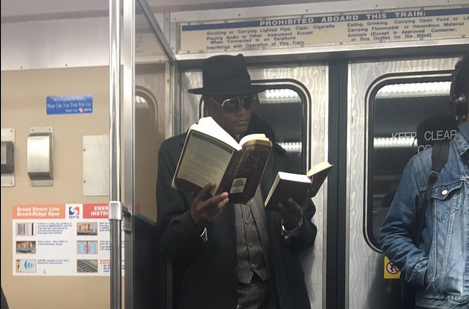 Unless there is infinite regress in abstraction of course

I think "God" as a concept is the ultimate abstraction

If you keep understanding reality at more and more abstract levels, you run into a problem.

There is neither no ultimate abstract - phenomena is distinct governed by discrete abstractions. Or you abstract indefinitely and the final abstraction is what can be called God.

If you start your article with "the first time I..." I will immediately close it

Pinocchio acts as if he were cursed but he possesses ultimate self-knowledge & self-honesty. Sounds like a pretty good deal to me.

"Kant is one of the great geniuses of all human history, but he got these things wrong, unlike ME who got them right.

Maybe then... you could say, I'm in fact, the bigger genius? no no no of course not, how ridiculous. but maybe though? please?"

I have long believed that objectively experiencing an object is impossible and sided generally with Kant's opinion that any object can only be experienced as a phenomenon, an experiential representation.

To make my next point, I need some Sets.

Let's say a hypothetical being were to experience everything in Set E simultaneously (not overlapping experiences but separately). I claim its holistic experience of the chair would be objective, as the being experiences the chair expression in every perceivable form.

How naive I was

I'm in love with a man and his name is Jenkins

I'm using an API and instead of a `/credits` or `/account` they expect me to create a JSONArray, and then add an empty JSONObject and then send it to their submission endpoint.

"If you want to know how much credit you have left, use POST request with one empty object in data."

This is the most toxic case of the reuse ideology I have ever seen. Please god just create a new endpoint

If you think that one side of the political/religious/scientific spectrum beliefs is completely unfounded and delusional. Perhaps you are the one that is deluded.

I find almost every idea that humans deeply believe has some level of wisdom to it, even if there are many fundamental misunderstandings.

Even many "absurd" ancient beliefs like animism and totemism have a lot of intuitive wisdom that modern society could learn a lot from.

I think Twitter is having a hugely negative effect on discussion. Obviously, there are more typical reasons such as algorithms incentivising more extreme positions. But there's another fact I really hate.

One of the core philosophies of Twitter's design is posting arbitrarily short statements. You can create a thread but they are far less appealing to the average Twitter user. This arbitrarily small-sized message normalises the age-old problem of politicians having to make their ideas short and snappy.

In every field I'm slightly knowledgable about no subject of debate is ever that simple, there usually several layers of nuance. Because I believe reality is nuanced.

Twitter is literally incapable of this nuance and so in my opinion I believe twitter posts are (for the most part) fundamentally incapable of expressing ideas that reflect reality to a sufficient degree.

I had a nightmare last night that Strings were primitives in Java.

Sometimes, when I'm talking in a group people ask: "How are we all doing?"

I don't know how we're all doing, I only know how I am doing. If we wanted to find that out we should run some kind of consensus algorithm

When YouTube keeps recommending me the same channel over and over, I feel like a 35 year old single woman with a mother who has "just the right guy" in mind.

I think what is fascinating about the alt-right and to some extent many people throughout history is their fascination with the Jewish conspiracy. In a time in which is seems like much of our past mythology has become irrelevant to contemporary thinking, this still persists.

I think many people anticipate the use of myths as understanding to decrease as we gain scientific & historical knowledge. But I'm worried that new myths are rising, in many cases dangerous myths. I have 2 theories why, perhaps both are at play.

* The first of which is the fact that living a hyper-polarised post-truth reality politically will necessarily create new myths. Why is the other side so evil? Are they being mislead or is it in their nature? This has been commonly seen throughout history in traditional tribalism, i.e. Catholics and protestants. However it seemed to be on a downwards trend until recently (perhaps this is just a spike).

* The second of which is far more insidious. I believe in the past no one person understood all fields, but generally there were specialists in each fields that had a decently comprehensive understanding of their discipline at the time.

System's complicate continually, i.e. advanced society and the portion of the system anyone is capable of understanding is shrinking.
Meaning no one individual can understand the chaos.

The issue here is the human mind latches to order and in the absence of a real understanding will come those with convincing false narratives about said system, and feed people what they want to believe, the new mythology. I think we may be seeing myth resurface as a means (perhaps the primary means) of understanding things beyond our comprehension. To clarify, not in scientists but in the everyman.