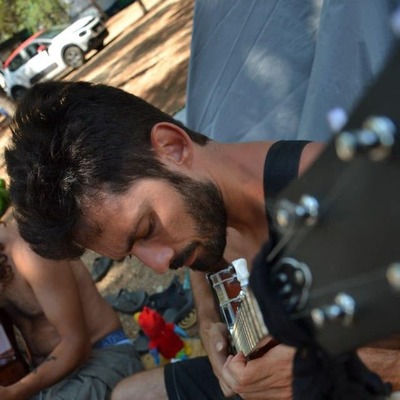 #Help wanted!
With some friends we are setting up a local informal environmentalist group, with the aim of pushing forward good practices, spread sustainability, ecological awareness, and this kind of #solarpunk. stuff.

So far we are planning of doing #permaculture , #food production, #composting workshops, #Seed library, #GuerrillaGardening, collective purchase from #RegenerativeAgriculture farms, but we'd like to have more on the todo list.

Help me get out of our echo chamber, and give me your ideas about more activities we could engage ourselves and the local communities in. 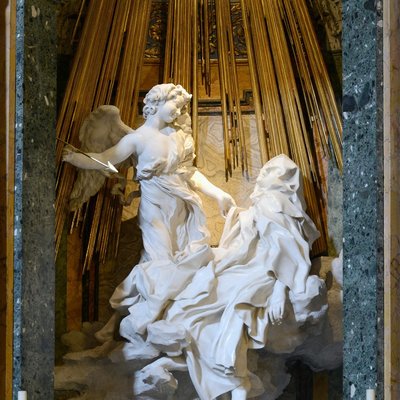 monsterbater @monsterbater@shitposter.club
@arteteco To help the human race survive so it can go on torturing and killing its own kind. A worthy effort.
0
Sep 01, 2018, 16:57

@monsterbater
I am not sure I understand what you mean. Are you saying that by trying to have the environment restored we are also prolonging our life as a species and therefore also our violent behaviors?
Violence between ourselves is only made worse when you have lack of resources. Beside, we'd also like to have a social value, food is kind of a universal bonding tool :)

I'd like to hear why you think it's a bad idea though, inputs is what I asked in this.post :)

monsterbater @monsterbater@shitposter.club
@arteteco Let's just take the USA but applicable to many societies. In the 50's and 60's they had registration, forced castration, jail terms, censorship, invasion of privacy in contradiction to its stated principles, tacit state approval of street beating (aka torture). This is for gays. Then the gays won their rights starting in 1971.
But guess what the US govt just shifted to child molesters, so called. Pedophilia had always been illegal, but just after they lost the gays as scapegoats, the US govt created a national hysteria about it.  You may have no idea how terrifed the American population is now.
The reason for these scapegoat campaigns?  To distract the public from the failings of government.
These occurred in times of abundance not scarcity.
So this sort of pattern will be repeated ad eternam.
Should this species really be encouraged to survive?
0
Sep 01, 2018, 17:16

@monsterbater Oh, I see what you mean.

Well, when you cherry-pick facts from history you can make it look like it's going for the best or worst without much effort, and in both cases it would be so simplified to be just wrong.

That doesn't answer your question: I'm not sure that I want to take a position of whether humans beings should be encouraged to survive.
But it would be a bit arrogant to put the human at the center of everything.

What I do feel is that we are taking the rest of the biosphere with us, and we have immense power that, if they went in the right direction, could at least amend much of our past 2000 years destruction.
At the end of the day, is either that or keep going in this path, killing more species, creating more instability, eventually making a hell even for tardigrades.

So, as a human being, I'd like to roll my sleeves and see what I can do to make it better.

Just my position though.

monsterbater @monsterbater@shitposter.club
@arteteco
1. It is not cherry picking if you only have to pick cherries at random to see the same pattern. Holocaust, Pol Pot, Persecution of gays, persecution of pedophiles, (which is a subset of persecution of males).... Do you want to try another historical line: Japan's actions in China, Then Mao's Cultural Revolution, Modeled on Stalin's Cultural Revolution. Tuskegee University project, MK-Ultra...
2. The survival of the human species is the whole point of your project, so not taking a position on that is an absurdity for you
3. If humans do not survive, it makes no difference about the rest of the biosphere. Other living things will survive or new ones will evolve in the same way the old ones did.

4. So as a human being you have conceded that making it better is impossible, you just want to make it so that the same psychotics can continue their dysfunctional existence, and in fact you have just come full circle to restate the same faulty.

5. If you really want to make things better you would have to pick up the biggest most letheal weapon you could find and aim it at our rulers and insist that when they say they give us the rule of law including equality under that law, they really do.  You can't make things better without getting your hands dirty.
0
Sep 02, 2018, 13:05

1. No it is not cherry picking, it is taking a plane up to 5000 feet and seeing that the peaceful Disneyland resort you thought you lived in is really a raging hellhole.

"Slavery was abolished" No it was not and still is quite prevalent. Check GM Trevalyan's remarks on wage slavery in his shorter history of England.

Or take note: US prisons are the only place where slavery is still officially legal in the US (2018). Now you see the real reason why the US has the highest prison population in the world. The same reason Stalin made 25 years the mandatory minimum sentence to the gulags after 1949.

Let's take your second point. Sure women can vote, blacks can vote, but how come with the enlargement of the franchisement, things just don't seem to get better? That is after all the ultimate rationale for democracy. Drug addiction? Gang membership? A better society?

And please stop using the typical dilution argument of the professional classes:

"there are a lot of explanations, backgrounds and case-by-case analysis to be done that don't resolve in a single, simple, univocally true pattern...."

This is always the argument they use to evade responsibility for the condition of society. The excuse goes that since these social problems are so complex in their causes, we the professionals tasked with solving them cannot be held responsible.
0

@monsterbater I don't feel this discussion is going anywhere.

You make the world a better place with your criteria, points of view and analysis, I'll do the same.

monsterbater @monsterbater@shitposter.club
@arteteco I understand. Your action in life requires a raison d'etre, however illusory.

When I demolish that, you have no project/goal to motivate you when you wake up in the morning. So in order to retain your reason for living, you must cut off discussion that threatens it.

One could ponder the merits of nurturing a false hope if it keeps you alive, kind of like that O Henry story about the flower on a snow night.
0
Sign in to participate in the conversation