It's funny to me, when an instance's internal Block List is longer than their own Users List. 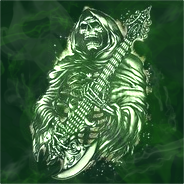 @design_RG my users list is infinitely longer than my block list, because im 1 user and have 0 blocks

The fellow who runs that instance is always strutting and telling people the latest find he got to block.

And posting in the zoo FediBlock hashtag.

How do you like running a personal instance? Mastodon or Pleroma?

@design_RG I'm running mastodon, but i haven't really looked into alternatives, i only run it to have some type of decentralized social media. I like running my own though, i don't have to sit behind someone else's political opinions or whatever makes people block everything

I have not tried to setup an instance, Mastodon seems to be a big ball of convoluted stuff. I have used Pleroma instances, and love the features it has - many that Mastodon doesn't yet.

People tell me setting it up is much simpler, and it runs on low hardware requirements; a single instance on a Raspberry Pi is mentioned. 😮

Pleroma Development is way ahead of Mastodon's, at least on my opinion. Eugen won't agree, I am sure.

@design_RG haha yeah there's a reason i gave this mastodon vm 4 cores, it ain't light on resources for sure

@chris Wow, awesome up times. Good electrical power in your town, or a big UPS! 😮

@chris Make a little plug here, for a nice Pleroma instance (some are a bit shaddy, yes -- this is a cool one).

The admin there is the author of the new Husky fork of the Tusky Android client. He's approachable and competent, if you even want to ask about Pleroma as an instance possibility, he's the man. a1batross is his nick.

@design_RG That might come up on the future, for now I'll boost your post for whoever might want to register over there :)
Expired mentally seems relatable lmao

The instance name came right from someone's quote on TV, saying that something was an "Expired Mentality".

So, @a1batross came up with the name -- Expired Mentality, R.I.P. --- which I found memorable, and had to check.

I have an account there, and still need to complete an idea I had - of reporting on the nice features I found in Pleroma, which masto doesn't have.

@chris Visited and see that it is Mastodon.

But you have the sign up screen open, no?

I run a personal Write.as instance, but just internally, not federated -- as a work space for my blog pages creation. Instant saves and updates, good to fix formatting, etc. Then when it's all good, copy/paste to the online, live blog.

@design_RG I really can't remember whether I opened it or not, either way I don't see why I wouldn't allow others to register. Most of my friends don't care about decentralization or social media in the first place, so I haven't really been able to get them on here.

@chris Very cool. I noticed your first comment in this topic has a large number of Boosts -- so there's people out on Fediverse that agree and like what you are doing.

WE have a very open instance here, in terms of federation. No Blocks at all, I believe. A couple instances Silenced, due to their response to serious issues, but still not a had block.

Was really surprised to find a large Technology Mastodon instance that blocked us - for the reason... That we don't Block some other instance, which they Do.

So, Guilty by association, and we were never contacted about it. My appeal for a review of that ended up on 'drop them (certain right wing hellholes) if you want us to federate with Qoto'.

To such a ultimatum, the answer was no. And that was the end of it, I never visited the place or posted there again. I have maybe about 10 accounts, and even blogged on the differences about instances, and WHY it's important to choose one for your needs or likes.

@design_RG Totally, I'd rather get excluded by the instances who want censorship than join them. I get a lot of things I don't agree or identify with in my feed, but I can just scroll on :)

@chris That is the idea.

But there's militant people with acronyms galore who want to impose their ideas on others. And on the other side, some real weird people I am not interested on, so I personally block their instance(s).

Wonderful that mastodon offers that control to ALL users, and very simply too.