1) Money only exists when it is in motion.

2) The total value of money owned, whether by an individual or a society, will always change at an exponential rate.

3) The number of specialized experts in a society is always proportional to the abundance of money in that society.

I came up with these three laws recently as I have been refreshing my studies and going significantly in-depth on economic theory and the nature of money. I’d be curious to hear people’s impression of it. 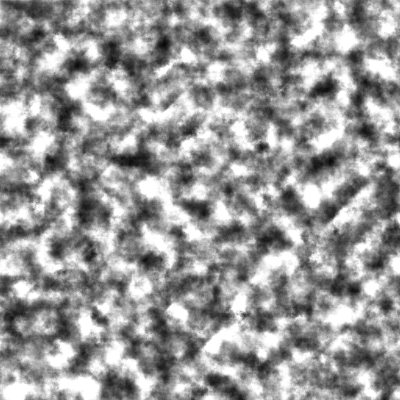 @freemo 1 seems a little fishy, to me. Thinking of money as time-separated transactions, this falls down. Nonetheless, it feels like there's some deep wisdom to this law that I'm unable to see.

2 only applies in a growing economy. Economies don't need to grow indefinitely, and there are harmful effects of it – but much of our economy is set up assuming that the total amount of money will increase exponentially.

3 is insightful. You need to measure “abundance” in wealth, not nominally, though.

1 seems a little fishy, to me. Thinking of money as time-separated transactions, this falls down. Nonetheless, it feels like there’s some deep wisdom to this law that I’m unable to see.

I think the best way to demonstrate #1 and prove out why it is true is by looking at historic examples of when money stopped being money. Not counting cases where governments were overthrown and replaced for non economic reasons and thus the money base was changed for unrelated reasons, it has always been due to the motion of money stopping.

So it always follows the same pattern.

1) recession kicks in, people loose jobs, they stop spending money on investments and use what cash they have to survive on for food until things recover. If they run out of money they sell off assets to survive.

2) As market liquidity drops everyone is trying to sell assets and no one has enough cash to buy them (as they are holding onto it for food). The movement of money slows such that it is now only moved when buying essentials and all other normal activity that would move money around (like investing or buying a new home) is halted, the flow of money is reduced.

3) with the flow of money reduced selling assets means you sell it at a fraction of the normal cost because people are less willing to move their money. So at first the value of money goes up (buying power) but this is countered by the fact that all your assets now have a fraction of their previous value. So with less money, combined with a devaluation of physical assets individual wealth plummets.

4) Back to step #1, as wealth plumits the recession worsens, #2 means the worsening recession further reduces the motion of money, and #3 means your wealth further reduces. The cycle continues until #5.

5) At this point the amount of money you can get for an asset if someone had money is effectively 0, and no one even has any liquid money left as they have overextended themselves on loans using their assets as collateral to feed themselves. Their money was consumed by defaulting on those loans, assets were taken and what cash they had was taken to cover the interest on loans they default. By the point the money is motionless, it is sitting in the banks as reserves ready to be loaned out, all the assets are owned byt he banks. No one has assets as collateral to take out loans to take the money back out of the reserve, and as such money is motionless.

6) the fiat now completely crashes, due to being motionless it has no value, it stops being money and is now just a pile of paper

2 only applies in a growing economy. Economies don’t need to grow indefinitely, and there are harmful effects of it – but much of our economy is set up assuming that the total amount of money will increase exponentially.

No it doesnt, it applies in a diminishing economy as well. It is just that when it diminishes the exponent is negative, when it grows it is positive. It also applies to a stagnant economy where there is no growth or diminishing, in this case the exponent is 0.

You can change the exponent, but it is always exponential, never linear.

3 is insightful. You need to measure “abundance” in wealth, not nominally, though.

I use the word abundance, not quantity for a reason. Abundance implies that it is accessible and used by the general population. It doesnt mean necessarily that people have personal abundance or success.

Basically what #3 is saying is that if people are free to use money for transactions this encourages specialization. However the more people are forced, for any reason, to use barter or trade instead of money, the less specialization is possible.

If you had a society that was extremely wealthy and economically healthy, but had no money and was a purely barter system, even in a society of abundance it would not be possible for people to be specialized experts in their trade.

@freemo Oh, you're referring to the currency in general, then? In which case, your first law is definitely right; the value of money is in *current* transactions using that money, so if those transactions stop, the money becomes useless.

In the case of retirement savings being spent, there's a linear component and an exponential component. Overall, it could easily be not-exponential for an individual, so your second law is too strong (unless I'm misunderstanding, or just plain wrong).

#1 refers to all liquid money substitutes, that would be physical notes, checking balances, saving balances, money market securities, etc. It is the entire M2/M3 monetary quantity (which is far more than the qty of physical notes)

#2 I use a slightly different wording and am refering to something slightly diffrent... "total value of money owned". In this case I am still talking about M2/M3 on either a personal or social scale, but not as measures in number of dollars, but rather measured in its buying power (the value of the dollar as we call it). In other words #1 is talking about what we call "Nominal money" and #2 is what we call "real money"

That said, yea you got the jist of it, if people stop using money, the money stops being money.

> In the case of retirement savings being spent, there's a linear component and an exponential component

No there is no linear component. Money is undergoing inflation or deflation exponentially, so as you spend it you have to spend exponentially more year after year to maintain the same life style. Ergo the money in your account is decreasing exponentially not linearly as a result of your spending even at a fixed lifestyle.

@freemo You're right on all points, and I learned something. Thanks.

@wizzwizz4 Happy to help. The wording can be a bit confusing, especially since i didnt use the percision of technical terms. so its understandable it may not have been evident without some explanation of course.

#3 to me is the one that is actually most interesting and the point I think most people miss. Especially people who are anti-money and think we would be better off with a barter system. But they dont realize why or how the consequence of this is devestating and would eliminate any sense of specialized experts in a society.

@freemo @General I’d agree with them. On the second one, why the rate of change of total money owned would be deemed exponential.

This can take one of two forms, or a combination of each:

Of course these can be combined such that neither are fixed and botha re changing exponentially… But the difference between this and simply saying the amount is fundemental and important.

My OP #1, adn #3 point talked about money generally, but best though of as “nominal money”… #2 as I just clarified in the above points is what we call “real money” and is a technical term, it is not represented simply by the number of dollars you ahve.