How Money is created

So I just finished creating this diagram showing what Quantitative Easing and Monetary Easing is and more generally how new money is created and put into circulation, thus increasing the money supply.

@icedquinn@blob.cat
@freemo made on a printer and given directly to bankers.

@icedquinn Well no, as you can see from the diagram the bankers need to sell the fed assets (usually government bonds) which they buy from the general public at free market prices in order to get freshly printed money. They dont get it for free.

@icedquinn Ha well it is a bit of an elaborate play of balance sheets... but its not like anyone is getting free money out of the deal, and its all free market for the most part so everyone is on equal footing 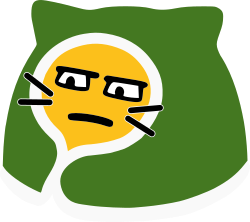 I was actually explaining earlier how the inevitable and devastating consequence of barter is it prevents people from specializing in a skill or trade. Everyone is pressured to generalize their skills and only take up skills and trades that are needed by the vast majority of a society. This is the reverse of a money society where a highly specialized expert typically can make more money than someone who is generalized.

Its one of my three laws of money I posted earlier :)

@icedquinn@blob.cat
@mur2501 @freemo we will eventually have to figure out a new system than "who does not work does not eat," as we render human labor exponentially pointless.
1+

I dont think the common notion of "we are rendering all human labour worthless" is at all accurate personally.

Automation in one sense or another, much of which eliminated entier classes of jobs through history, has been around since the earliest humans started building things.

Decade after decade for thousands of years new ways of automating human tasks were invented and those jobs disappeared. But there were always more and new jobs to take its place. This is no different.

we enforce a system based on doing work (including menial labor) to assign value to a person.

we then destroyed much of the jobs people would have done through industrial revolutions (which also centralized wealth to capitalists who can afford the expenses.) this was handwaved by "oh but see they can just get better different jobs."

okay, this diffused from ex. a room full of people poking cloth with needles to a diaspora of different jobs delivering sandwiches and changing tires for sandwich delivery trucks etc.

then outsourcing destroyed the jobs that those "better" jobs were feeder jobs for.

then AI is, slowly, destroying both feeder jobs and potentially the base jobs as well. for example when you see "X jobs moving back to the US from China" the amount of jobs the CN lose is greater than the jobs US gains, meaning robotization cost 20-50% of total human labor potential.

job availability is on a hard decline. we need people the least we ever have, but we have more than we ever did.

IMO youa re conflating issues. There are absolutely concerns that labour needs to face, some of that is inequality when it comes to opportunity to make money. there are also concerns with automation in the sense that the new and better jobs they get involves training and if people are poor they cant afford that, so there are issues around ensuring these people have access to training at all.

But my point is the idea that automation is eliminating jobs and making human labour obsolete is a fictitious one. Its created jobs that replace older jobs, its just that too has problems.

Yes it is a topic of open research, there is no consensus that it is destroying jobs and not simply changing or replacing them. Some people hold that opinion who have studied and researched the matter, others do not.

It is not by any measure a settled fact. Though some people (like yourself) do hold strong convictions that it is undeniably true.

explain to me what jobs are created when the driver of the UPS truck is replaced by a fully autonomous delivery drone.
1
Nov 29, 2020, 07:14

This is just the tip of the iceberg, the list of jobs are in fact so long I could probably go on listing people for some time.

No, programmers exist.. programmers hired to work on autonomous ups delivery drones do not, nor has anyone specialized in that since they didnt exist before now.

All of those jobs are new people that need to be hired to support the **extra** resources needd to build and maintain those drones. While some of **types** of jobs arent new.. it does generate need for new **employees** to do those jobs since there are none to support UPS drones prior to UPS drones being invented... You cant take programs from other active projects, so you need to hire new people for the new initiative and that ripples all the way through the worker base creating additional jobs at every level.

Google has one of the most advanced server and database systems on the planet, which spans the entire planet. They only have ~100k employees.

that's a pretty massive difference of people to "displace" in to .. what appears to be entirely technical jobs with qualifications those people do not posess and cannot posess as we do not even have provisions for retraining. 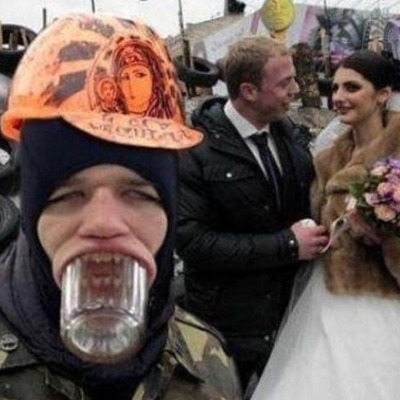 Mister Monster @mistermonster@firebird.zone
@freemo
I personally do think this modern round of automation is very different. We now have technology to significantly reduce scarcity using automation. So the result as time passes will not be starving people with no jobs as the doomsayers say (because they have no foresight or imagination), but significantly reduced prices and therefore less need to work. Less jobs then is no longer a problem, because people can work significantly less and still sustain themselves.

I've been following these conversations btw and you've got a very interesting perspective.

> because they have no foresight or imagination

well we do, i first heard of UBI/NIT from r/singularity talking about it. transhumanists and singularity seekers kinda have been discussing this problem for decades ahead of everyone else and its basically all the same.

you either have a massacre event to bring the population down to what jobs are left, you have a support system (UBI/NIT), or a radical redefinition of economics (reputation economy, time banking.)

it is not even necessary to make a "super AI." while there are some bots that have superhuman performance in set tasks, even simple human level performance is sufficient. hell, maybe even just "almost human" performance. for reasons like they never sleep, form unions, go on strike, die in accidents, skim money off the top, etc.

every job will, eventually, be destroyed.

this has been asked in the H+ circles in general. "what is everyone going to do when there is nothing left to sell?" and sometimes people answer "sell robots" to which the reply is "the robot makers will just sell robots to one another?"
1
Nov 29, 2020, 07:34

Mister Monster @mistermonster@firebird.zone
@icedquinn
Maybe I'm a bit dismissive. I searched and searched for anyone to tell me a UBI plan that actually works, that isn't just slavery of one class or all of them. The usual answer involves something along the lines of "money is a circle", completely ignoring wealth. I did find one person who laid out a plan for a working UBI of sorts, but it is essentially nationalization of a resource (and the only resource that really can and arguably is de facto already nationalized) and paying dividends to "owners" of that government. It was written by the founder of the Pirate Party in Sweden and you can read it here https://falkvinge.net/2017/03/01/a-simplified-taxless-state-a-proposal-part-1/

I think a problem with a lot of proposals are short sightedness, engineer's propensity to ignore natural laws and believe everything can be engineered (such as "eliminating free markets" and other talk of this sort), and with regard to automation, refusing to accept that lowered costs in fact do result in lower prices in a free market.

You can automate every job and still have jobs for people. There will always be someone willing to pay a human for services, even if it is only novelty services or grey market economic activity. And as I pointed out earlier, when prices go down, costs go down, and if automation delivers on that the way it has the potential to (that is, if unions or other organizations don't force us to pay people to do things we don't need people to do) then the idea of every person working full time just to live will be as alien as everyone working 100 hours is to us now. You wouldn't need a full time job per person if everything was extremely cheap, working 10 or 20 hours a week might suffice if toothbrushes were 10 for a penny.
@freemo @mur2501
0
Sign in to participate in the conversation