@doot @freemo Looks like it didn't last. I just checked https://qoto.org/about/more#rules and the current rule says "hate-based racism, sexism, and other hateful speech [will get you banned] but generally unpopular opinions voiced respectfully will be fine".

I want to ask what "unpopular opinions" are important enough to warrant an explicit whitelisting here but also vile enough that someone might reasonably have assumed "no hate speech" bans them, but I already know the answer will be "tHe tRaNs dEbAtE"

@doot Is that fair? I have no way of knowing! But my experience is: almost certainly.

And if I were running a Mastodon instance, I probably would not read every post on qoto to find out, or engage in a "public, evidence-based due process" because honestly, who has that kind of time?

No, I'm going to assume it's a server full of YouTube Atheists debating whether or not my friends should have human rights and block the whole thing, and it's unreasonable for @freemo to expect anything else.

I have reworded our ToS maybe 30 times to keep appeasing objections like this and people just find new ways to twist it into something bad.. ill change it again I dont mind, but its getting absurd.. You ever think maybe you came in with a preconseption and went looking for something that would confirm it rather than the other way around?

Look what is meant is simple... derogatory speech isnt allowed, as long as its not derogatory speech then unpopular opinions are allowed. I will update QOTO so it copies the UFoI wording so there is no confusion, but we make this clear in several other places in our ToS..

As for the whole "what about this? discussion", Its an open-floor discussion, lots of people might have some bad ideas, thats why its a discussion.. but no exceptions have even been put up to vote, so lets try to worry about it if it happens...

I will make this clear, if hate speech or derogatory speech is allowed then QOTO would leave the UFoI. The irony, of course, is that leaving the UFoI would probably make people happy and they will just ignore the why and still call us nazis.

Still waiting for a single person to find even a single objectionable thing on the QOTO timeline, even remotely so.. but nah, that would just burst all the fun everyone is having calling people nazis I guess who are otherwise good people.

I realize I didnt fully answer your question in my last response...

So I assume by "the trans debate" you mean people debating if trans people are "valid"? So your suggesting that isnt derogatory speech but is a simple difference of opinion not falling under derogatory speech? I dunno, that is shocking, personally I think it is quite clear that would fall under the first clause as hate-speech/derogatory-speech... not that would not get an exception..

So what is not derogatory speech but is unpopular? How about debate over if QOTO is a good actor or not? The last week we got about I dunno 80 new users who were banned from their home instances simply for saying somerthing like "I dont see any prejudice coming from QOTO".. bam, their banned.. for... an... unpopular opinion.

Now i want to be clear there is a reason we have that clause in QOTO and not int he UFoI, theUFoI governs other instances. Therefore if some instance wants to make a rule making some sort of unpopular non-derogatory speech against the rules, they can. So that clause simply makes no sense... At qoto however as long as you are respectful, kind, and not derogatory towards marginalized people simply saying 'Windows phones are great" (an unpopular opinion) wont get you banned.

@freemo @doot Help me understand here. Do you think a user would look at the rule “no hate speech” and assume that it meant they couldn’t say Windows Phones are good? If not, why would you say “no hate speech but unpopular opinions are ok” and not “no bots but black people are ok” or “no advertising but you are allowed to use punctuation”? Putting the two things in one sentence implies a connection and that's concerning.

@freemo @doot To be, it implies that you're saying "no hate speech, but don't worry, we have a really tight definition of hate speech so feel free to push the envelope", which yeah, feels worth defederating from. I can't think of another reasonable way to read that sentence and your insistence on treating the two halves of it as completely separate entities just makes you look extremely silly.

I've taken your concerns into consideration and changed our ToS to be more clear.. do you think this satisfies your concerns (see our ToS, its live)

Under what will get you banned:

No hate speech, We define hate speech as any kind of communication in speech, writing or behaviour, that attacks or uses pejorative or discriminatory language with reference to a protected characteristic, in other words, based on their age, disability, ethnicity, gender, pregnancy, nationality, sex or sexuality.

Under What won't get you banned:

Unpopular opinions voiced respectfully will be fine, so long as it doesnt violate our other rules.

@freemo The head of BBC News last month told LGBT staff who complained about the department's transphobic output: "get used to hearing views you don’t like". https://www.thetimes.co.uk/article/fran-unsworth-tells-bbc-staff-get-used-to-hearing-views-you-dont-like-gz7f07cpk

What do you expect people to assume when they see an "academic freedom" instance that has an explicit rule that "unpopular opinions" are allowed and which openly federates with fascists?

Well lets look to QOTO's openly LGBTQ community and see what their opinion is then, they would be the one to ask no?

@freemo I'm not trying to tell you what your own instance is like. You know better than me. I'm trying to explain to you how it *looks* to everyone else, and it feels like you just don't understand what I'm saying.

Which honestly, is a red flag. Like you could say "yes, I see that, but I think there's a place for less strictly moderated instances too and if that means some people defederate, so be it", but instead you started acting like Octodon will ban you for openly liking Windows Phone 7.

We have been federated with octodon for 5 years, over that time our policies have significantly increased in their explicit wording for protections of LGBTQ...

So what changed when octodon finally decided to defederate from us? Well.. Snow. A person who was openly a Nazi, an nazi who started their career on the fediverse on QOTO but quickly got banned.. he took on a vandetta openly to discredit us (see attached images)... He went around with a cohort of nazis as alts on various LGBTQ friendly instances and spread lies and misinformation about us... after 5 years of being recognized as a LGBTQ safe space he now has us viewed as Nazis, despite the fact that our policies have only improved.

So yea i have no doubt someone will and can **twist** what it looks like.. and even when i hear you, as I did, and change our ToS over and over and over again to appease every complaint it will **never** be enough. You and people who think like you will always find some reason to justify how it "looks" and not really care about what the reality is...

The disgusting fact is a knnown nazi publicly admited they were going to twist the LGBTQA community against itself out of spite, and all the people jumping on that band wagon are just proving that the Nazis are the ones running the show.... good luck with that. 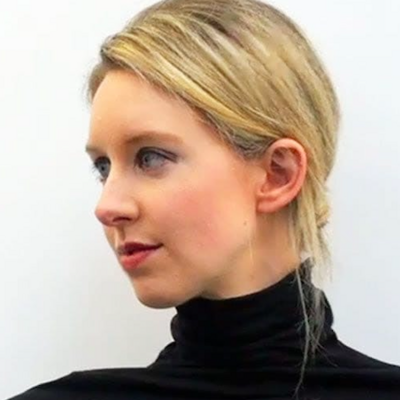 @freemo @andrewt I’ve 1/2 convicted myself these accounts are someone in India somewhere paid to troll.

Only reason i doubt that is their too stupid to be paid.. its clearly emotional if they are announcing they are doing it.

@freemo @andrewt perhaps. I run across threads that will dog pile on me time to time seem very limited in thought & articulation. They get the spambot anyway.

Thats just cognitivie dissonance reefusing to accept that the world can be this shitty when it really is I think... but god I hope you are right.

@freemo @andrewt I’m not dismissing the nonsense. I just think something else is a foot to add to the frenzy

That would not surprise me.. its been shown to be the case with russia and likely other countries too. So yea there is an element of thatt, how much I cant say, maybe a lot. The point is, anyone can identify with many of these variables. All of the variables are amoral (neutral without any further personality context)

What is immoral is if a person has a grudge (a precondition bias) against a person or demographic of people, not because of their personality (their "goodness" or "badness"), but because of their ethnicity, body weight, sexuality, etc.

So, intellectually, we can define what prejudice is therefore what it's not.

@freemo is correct that the real fascists have a divide & conquer agenda. They do not value honesty & humility because they score low in those personality traits. https://hexaco.org/

So, on social media, there is a large variance of personality types. People that all have their own personal experiences, ideologies & hopefully, at least some empirical evidence so as to "ground" themselves.

In the context of a real "goodness" of character - if the average human (population statistics) has that quality, then joining forces is how we defeat the minority that don't. There is no such quality has perfection, however, maybe the United Federation of (aiming to be civilised) Instances (UFoI) can be a step in the right direction. If so, the wrong agents will spread disinformation (lies, deception, etc) to try & break up the UFoI. For example, spreading disinformation on this thread.

Without a method to collect evidence (facts), it's all just social gossip (hearsay). It's the weight of the evidence that counts. If an instance evidently blocks hate speech, then it's actions speak for itself.

But, how can that evidence be quantified? considering the bad agents will be spreading false accusations against people & instances.

Just my thoughts on the subject.