MLQQ @MilquetoastQT@freespeechextremist.com
@adidal @louiscouture @Sudononymous @Xalef You really don't understand how investment works. When you buy parts of a company, that company uses that money to invest further, trying to expand. You're essentially giving them financial capital. You are directly impacting the wealth of the company. You give the company far more wealth that way than being at the bottom. Therefore, you are, by very deffinition, more valuable to them. This is why you are compensated as you are through dividends, stock value you can sell, etc. Putting ice in a cup doesn't help the company expand as much as investing $1,000. But people at the bottom put their fingers in their ears with envy. They don't care to understand wealth, so they make up what makes them feel better. And because they don't understand wealth, or, actually, because they despise it, they make everyone poor and starve to death. That's a piss-poor justification for envy. Get over it and grow up.

You are focusing on small potatoes, as Commies usually do.

There was a time when I hated managers, and thought cashiers or assemblers or people at the bottom kept the company alive. Except that minimum wage earners don't care if the company lives or dies, especially if they have no experience, esprcially if they are envious. It's good for them to be told whay to do by those who get the bigger picture. The higher up you go, the more the bigger picture is umderstood. Most people at the bottom don't undersgand anything but what is right in front of them. They don't understand sales at all. They don't care about loss, they only imagine profit, because they have never looked at the financial statements. It's just ignorance and envy that stews until you get Commies making everybody poor, which is what is happening today.

Commies have no idea how good they have it as compared to Communism. They are blinded by envy, ignore historical reality, are only motivated by hatred and blood, and could not care less about the poor: they just hate the rich.
1 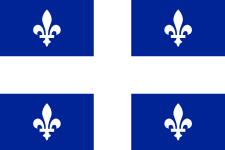 Most at the bottom are lazy, in my experience. They can't grasp things higher up.

Blinded by wealth envy. No undersyanding of why things are why they are so they just throw the word "greed" around.

Your average person is an egalitarian.
0
Sign in to participate in the conversation