I just discovered this, and I’m quite conflicted about it:

I sympathise with the sentiment, but:

@tripu "Bordering on vandalism"? It's straight-on vandalism! If you allow it just because the vandals feel justified then what happens when others use the same excuse for causes you might not agree with so much?

You are probably right.

I have doubts because:

There’s a gradient of unethical/illegal behaviours. eg, I once left a restaurant without paying the bill because I considered they were being too slow and I was annoyed. What I did was illegal, arguably immoral too. I “robbed” them of their private property (€€€). I was a “criminal” who should have been “found” and “prosecuted”. And still…

Yes: changing the law should always be strategy no. one. Still, civil disobedience is a thing. It’s justified sometimes. It depends on the consequences, the importance of the cause, the likelihood of changing those laws, etc. This could (I say could) be justified. eg, I probably think that it’s “fair” to deflate the tyres of a gigantic Hummer that you happen to know is used just to drive around the neighbourhood?

@tripu So if climate change gives you carte blanche to go against the heathens that pollute "too much" (whatever that means), what if someone would put a strong laxative in the meat that is sold at the supermarket? Industrialized animal farming is a top contributor to global warming after all. I'd go out a limb and bet that many (most?) of the people in tyreextinguishers.com eat meat. I wonder what they would think of a campaign such as this.

Nobody said “carte blanche”. I said “gradient”, “sometimes” and “could”, and expressed mostly doubts in the form of questions.

I can think of a couple ways Tyre Extinguishers could be justified, while Meat Adulterers should be condemned:

“Property” comes in gradations, too.

My heart and lungs are my property, and so is my motorbike. I want ethics and the law to allow for seizure and expropriation of the latter under certain circumstances — but never the former.

A can of baby formula in your cupboard is your property, and so is the umpteenth billion dollars credited to an individual’s bank account. They are taxed very differently (ie, those two kinds of property are “respected” to very different degrees), and I think that’s good.

The food I buy for myself, and thus the atoms I put inside my body are “my property” in a very different way that / / the air that once was inside the tyres of my car is “my property” — for very good reasons.

Contaminating meat in the supermarket would affect ~97.8% of people in Spain. The vast majority of people eat meat, and I think it’s reasonable to think that a good chunk of those people do so for health reasons.

Deflating the tyres of large and medium SUVs in cities would affect way less than ~27% of people in Spain (Tyre Extiguishers denounce only “huge polluting 4x4[s] in the world’s urban areas”), and I think it’s reasonable to think that many of those urbanites opted for a large or medium SUV out of vanity, not necessity.

> I think it’s reasonable to think that many of those urbanites opted for a large or medium SUV out of vanity, not necessity.

I think many (most) people opt for meat out of comfort and taste, not necessity, and are causing a great harm. Can I become a vandal now, like tyreextinguishers.com?

I don't see how you can support this argument on a majority/minority basis. You would have used the same logic to support slavery or homophobic laws in the past, "the majority of people support X".

No, I don’t think your adulterating meat would be justified. As I said, putting stuff inside people’s stomachs surreptitiously is way worse than forcing them to take public transportation or call a recovery vehicle.

I’m not supporting TE because what they do affect less than ~20% of people. I’m saying that your hypothetical MA would be worse because it would affect ~98% of people. That, together with the other argument (above) suffice for me to declare MA immoral.

@tripu The number of people affected doesn't alter the argument, if anything it strengthens it.

My point is that, always following Tyre Extinguishers' logic, if eating meat is a major contributor to climate change, then that 98% of people are culprit and deserve a push in the right direction until they change their ways.

If TE are justified in their means toward an end then surely MA would be too?

If adulterating is too much for you then what about just spoiling large amounts of meat?

Yes, spoiling a product instead of putting stuff in people’s stomachs would definitely be less objectionable for me. I think I would put Meat Spoilers at the same level as Tyre Extinguishers: a campaign to cause minor annoyance/loss for potentially lots of people, against the law, across the board, ignoring personal circumstances and justified cases, not directly affecting people’s health or body, most likely counterproductive and immoral in the end.

@tripu So now that we are in the same page, would you qualify Meat Spoilers as vandals? Because I would personally bet that a huge majority of society would think so, and a judge would find them guilty.

@fidel Yes, it’s clear that what they do is illegal. I said “bordering on vandalism”, but I concede they’re vandals, OK.

@fidel Ah, I misunderstood. You asked about MS, but I answered thinking of TE. Yes, both are vandals.

“If you allow it just because the vandals feel justified then what happens when others use the same excuse for causes you might not agree with so much?”

Yup. That’s the conundrum of civil disobedience and other forms of strictly illegal activism. It’s not particular to this case, though — rather a generic philosophical question.

@tripu I think the concept of "victimless crime" is key here. You may break a law you consider unjust, but you shouldn't be causing harm to somebody else or their property, as is the case here.

Yes, I like that and use that rule most of the time 👍

Again, I just suspect that sometimes it’s justified to damage some kinds of property a little bit for a greater good, depending on many circumstances… 🤷

@tripu I dread when someone justifies actions because of the "greater good". Terrible disasters have been justified as been necessary "for the greater good".

Again, I totally get that, and sympathise with the idea. (You and I aren’t that far apart in these matters, really!)

Worthy ideas are abused by demagogues and mass murderers. Peace, prosperity, security, freedom, children. They claim to care about all that. As Bryan Caplan says, we aren’t cynical enough about politicians.

Think of any indictment or policy that would actually improve public health, make children safer, raise living standards, or decrease violence. That’s a proposal that would work towards the greater good, by definition. By simply stating that fact out loud, does that proposal become less good? does it switch from beneficial to evil? Obviously not.

I identify (more or less) as a consequentialist, a (negative) utilitarian, and an (aspiring) rationalist.

My whole moral framework puts something very similar to “the greater good” at the centre. “Bad” to me is whatever increases suffering in the universe. “Good” is defined in opposition. Noting greater than the whole universe, and nothing more important than reducing suffering.

(Of course I’m oversimplifying, and I’m not absolutely certain about this. But it’s the closest I have at the moment to the beginning of a morality.)

@tripu I appreciate that you care about a greater good, but you have to acknowledge that any such measure will always be subjective. That is why I think imposing your view on somebody else by coercion is unethical.

There are way too many things to care about nowadays (hence #wokeism), many of them valid, and we cannot get onboard with all of them. This shouldn't be an excuse to oppress people because they don't care as much as we do about certain things.

“Any such measure will always be subjective.”

Yes. Moral philosophy isn’t objective the way maths are, or even chemistry.

“That is why I think imposing your view on somebody else by coercion is unethical.”

That’s a huge leap, a non sequitur. The ethical uses of coercion and violence are within the scope of ethics, too. In all ethical frameworks, there are some cases when the right thing to do is to “impose your view by coercion”.

The fact that moral systems aren’t clear-cut equations and that they sometimes (or even often) contradict each other doesn’t mean that all forms of coercion are always wrong. You can’t escape the messy conundrums of trying to live an ethical life by pretending that it’s possible to never force others to do anything they don’t want to do.

I think it was good to use force to free slaves from their masters. Remember: they weren’t human beings but property to their lawful owners. Freeing slaves was theft. Using coercion (apart from persuasion) to free a slave is the moral thing to do, even if you haven’t communicated with the slave and the slave hasn’t asked for your help.

Using coercion to stop someone from torturing dogs for fun is the right thing to do, even if those dogs are their property.

If your neighbour insists on expanding his arsenal of heavy artillery and producing chemical weapons, in spite of the clear opposition of the whole community, you guys don’t need to wait for him to produce a credible, specific threat before using violence to force him to stop.

In a world with great inequality, where famine killed millions and some individuals had the same resources as medium-sized countries, abstaining from any form of coercion (eg taxation) that could help ameliorate the injustice would be immoral, I think.

@tripu I don't feel the conflict: I hope these criminals are found, prosecuted and fined to pay for the damages they caused to private property, including time, inconvenience and pain caused to the legitimate owners.

If they want to effect change they should lobby for taxes that compensate the extra emissions by SUVs (and that the taxes really go to climate change, unlike most taxes which are spent however the government wants). 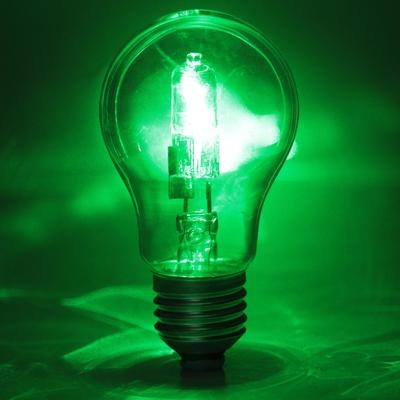 @fidel @tripu
I'm against TE based on a vague principle - don't interfere with other people's property unless to avoid an immediate danger, or something like that. Deflating tires is not a terrible offence, but it's illegal. And I don't think civil disobedience is valid here; CD is valid when opposing an oppressive legislation/government, not to take the law into your own hands. Most people, and I'd say all judges, would rule against TE.

@ImperfectIdea @tripu Agreed. Plus I believe TE would be ineffective, i.e. their actions would have a higher environmental cost than their inaction if the tires need to be replaced (manufacture new tires and transport them, maybe tow truck use).

@fidel @tripu
I disagree with TE mainly because they're indiscriminate (an older car could pollute more than a new SUV), dangerous (a flat tire could cause instability to the car; someone could be late for a real emergency), harmful (it can damage the car further than a simple deflation), counterproductive (it will cause people to drive unnecessarily, just to inflate the tire, increasing pollution) and pointless (no minds are being changed).

@fidel @tripu
I'm ready to listen to arguments for restricting big vehicles in urban areas based on accident and pollution statistics - this already happens in many residential streets, with width/weight and emissions limits. But actions like these don't convince me.