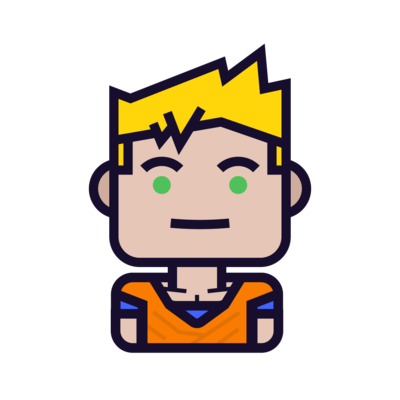 I am asked quite often to write about autism, whether it's here or to write a book, or anything along those lines. People want to hear my thoughts and even my advice on things regarding all things autism. I'm not sure why exactly but I do appreciate that people want to hear from me. While that's flattering, I am reluctant to do so.

I used to write about autism and being autistic and being an autism parent and about all of the misconceptions... and so on and so forth. Honestly, it was exhausting, for several reasons.

This is why I don't write about autism anymore:

#1 Since starting my Minecraft server for autistic children and their families, I started focusing on more of the positives... the way we support and encourage each other. I focused my efforts on being with people and helping them directly, rather than trying to write my thoughts and just hope they affect people indirectly.

I can touch people's lives directly now, sometimes even improve them, and sometimes... even save them. At the very least, I can be a part of those lives and they can be a part of mine. So I focus all of my time and energy there.

#2 Through my years of writing about autism, I discovered that I was mostly "preaching to the choir." As anyone that is familiar with autism can attest to, people just don't know or want to know about autism until it affects them. So the only people you tend to reach are people already in the autism community.

Yes, you can guide people a little, especially if they're just starting out on this journey, but mostly you're not reaching the people you truly want to educate no matter how hard you try.

So, for the most part, my writing was just for people to either reaffirm what they already knew, or to be able to relate to me (realize they're not alone), or worse... to find something to argue about. Which brings me to...

#3 I am tired of the constant battles. I've been involved in and writing within the autism community for well over a decade and I've seen people fight over vaccines, identity vs person first language, functioning labels, actually autistic people vs autism parents, severely impacted disabled autistic people vs savant types who think autism is future evolution, old terminology vs new terminology, autistic people vs organizations, and the list just goes on and on and on.

The autism community has never been a united force, a cooperative coalition... it's always been a divisive group that is eager to throw hands at each other over everything, big or small.

And I get the sense that many of those people are tired of it too, but instead of stopping, they just meet each new person who offends them as if they're the scum of the Earth and immediately treat them as such... no longer having the patience or decency to just explain their perspective. They see those people using the wrong words or saying the wrong things as if they're extremely offensive and must be put in their place.

It's been going on for decades and it's not stopping. And I'm tired of it.

#4 As I said in point number 1, I am more focused on what I'm doing now, talking with people directly, which means I no longer have the time to keep up on the latest trends, the newest science, the strangest rumours and everything else that one needs to be aware of to have any sort of respectable opinions on things.

I find far too many people are very opinionated on things they clearly don't know enough about and I don't want to be one of those people. I like to make sure I know what I'm talking about before I talk about it and at this point, I'm out of the loop. Actually, I'm kinda happy about that. Trying to keep up with it all, especially while people are barking at you from every direction about how only they can be right, and not knowing who actually is right, is very stressful and anxiety inducing.

My Minecraft server has over 16,000 names on the list now, and I've met every single person that's ever joined it. I have learned a lot in my 10 years of running it and I do feel like I have some insights into things that maybe no one else has... but I'm not in a rush to write about it.

I do share bits and pieces here and there but mostly just the good stuff, things that might make other people smile or feel better about, mostly the stuff that I am reasonably sure I won't find myself in the middle of a battle over. But I'm a little shy about it because I refuse to go back to those kids feeling negative. And I worry that one bad comment will do that.

I don't want to use a wrong word or have my tone policed or even just to be misunderstood to the point that someone decides they must wage war in the comments right then and there... and then bring all of that negative energy back to the kids who depend on me for safety and support.

So I mostly just keep my mouth shut. And I hope that doesn't disappoint anyone who wishes I'd write more. But I do hope those people understand that there is a reason, and I'm doing my best to help where I can... where I'm needed.

@AutismFather I support you in this.