Exploring, failing, backtracking, just to identify the only viable path forward. And then scarred, stumbling forward into the future. Learning.

This is an experimental scrapbook space. A collection of stuff I want to keep in a form somewhere on the spectrum between a blog and a shoe-box full of scraps, cut-outs, quotes, links and reading notes and sometimes my own silly thoughts about them.

Perhaps it might be of marginal interest to others too, but I don't care that much.

Fascinating. Is there such a thing in Europe? I am not aware…

OnlMaps   @onlmaps@mastodon.social
The river connecting two oceans: A creek in Wyoming splits in two, one side flowing to the Atlantic and one side to the Pacific. You can’t pass the...
1+
Mar 06, 2021, 21:30

Chris Grey’s upcoming book Brexit Unfolded. How no one got what they wanted (and why they were never going to)

Prof. Chris Grey of the blog “Brexit & Beyond” fame will publish a book on Brexit.

Now I am curious whether and how his publisher will make it available in the EU.

Movile Cave has been cut off for millions of years. Its air is thick with harmful gases, yet it is home to an array of strange animals

An older article on BBC web about a cave in Romania, with an isolated ecosystem of animals living off of sulphuric chemosynthesis, methane and carbon dioxide. The bacteria in the case are “trapped” there since 5+ millions of years, various animals for several millions (2+) years.

I did not know there are isolated ecosystems on Earth. Very interesting.

Movement in Bitcoin-land re energy consumption

I read here that a Chinese province with significant presence of miners is about to ban Bitcoin mining because of missing targets on energy consumption.

If more governments wake up to this (as we hear recently more and more about Bitcoin energy consumption and carbon footprint), this might get interesting for the bubble folk. 🍿

Absolutely hilarious radio play about 3 typical suburban “smart-ass” mothers and their thoughts about a solo father (a porn-star-type macho techno-fan guy with a violet Pontiac Firebird car) taking care of his little daughter (a small princess “Lillifee”-kind). They are attracted to him, repulsed by him, he does not care about them and then he suddenly dies. Great fun.

Lessons from a year of Covid

A very good article by Harrari about what we can learn from dealing with COVID-19 pandemic. It takes a very cold and independent look at what happened and is happening. He identifies mostly positive lessons we can learn from the events of the last year. I think that is an extremely useful view, as newspapers are only full of negative news. These are not just “sunny” observations, he actually goes very deep in identifying what’s important and at the same time positive. Similarly, he identifies negative things which are going on, but are highly non-obvious.

As is usual for him, Harrari takes a long-term view on what’s happening and impacts of those things. I think this is important reading.

In the age-old war between humans and pathogens, the frontline passes through the body of each and every human being. If this line is breached anywhere on the planet, it puts all of us in danger. Even the richest people in the most developed countries have a personal interest to protect the poorest people in the least developed countries. If a new virus jumps from a bat to a human in a poor village in some remote jungle, within a few days that virus can take a walk down Wall Street.

I am getting back to this older thread about how Oxford wanted to open-source their vaccine and Bill Gates stepped in and then the whole thing went allegedly wrong. It needs some further debunking.

So here is a fragment of an interview with Bill Gates by Derek Muller of Veritasium fame where he specifically asks Bill Gates about this KHN story.

Here you have how the sausage is made on the Intertubes. Somebody comes up with something on Twitter, or wherever, smart (but maybe just gullible?) people take it for granted and there you have a story. It saddens me that even many well educated people who should know better fall for this.

This is of course not a level of a proper conspiracy theory, but just giving it a second thought would raise some red flags. Not that I am smarter, in the past there were exactly such stories I fell for, but recognising how wrong I were made my BS detector much more sensitive.

I find it interesting what happens when somebody blocks you on fediverse.

And then fun starts.

Either way I think it’s very impolite do block people in as civilised conversation, just because they disagree without finishing it. That we are in a digital world does not mean we shall behave like jerks. Nobody is forcing that person to read my stuff and I certainly am not asking anybody to respond to whatever I have in mind. I learn something every day. Just today I learned something about strange behaviours of others.

Britain. France. Germany. Holland. Canada. All are sending warships to the South China Sea in growing “pushback” against Beijing.

Some observations on public discourse about gender roles

Recently I came in more contact with people speaking a lot about feminism and traditional roles in families and household organisation, etc. I noticed, in this domain, there’s a lot of attitudes which go approximately like this: “Everything is fine with me, it’s their fault anyway, so they should give me (our gender) what we want, or need, and it should go without me saying anything. And if they don’t deliver, we’ll be angry and call it oppression.”

Now, I am not saying that there are not significant problems with for instance division of work in households between men and women, or gender pay gaps. These phenomena absolutely exist and we need to solve them for the good of our societies. But I doubt that calling that a problem exists and then silently expecting others to solve it for us will work. What might work instead, is an open dialogue. But I am digressing, so let’s get back on track.

Thinking about this (relatively loud) group of feminists who complain, but are not ready to enter a dialogue reminded me of something I learned in couples therapy literature: meta-emotion and specifically ability to ask for what you need and resolving conflicts related to that.

Meta-emotion and assertiveness to get what you need

In relationships psychology, Gottman therapy and Attachment theory they generally identify 2 types of attitudes to emotions (meta-emotion) in individuals:

Emotion coaching people are free in their expression of emotions and generally speaking have no problem to ask what they want and resolve situations (often conflicts) when they don’t get it. People with other types of meta-emotion would typically have problems doing so. This is not to say, something is wrong with the second group. Personally, I just think they have a somewhat harder time interacting with others, especially when they need something from them. But that is not a character problem as such, just a logistical difficulty - although many try to resolve such problems by (conscious, or unconscious) use of psychological manipulation. And that is of course problematic.

Could it be that this loud and (perhaps even ineffective) group of activists on feminist issues is statistically more on the side anxious/avoidant meta-emotion?

The intuition is that if they were on the emotion coaching/secure attachment spectrum, they would probably (in aggregate) be able to resolve their individual household troubles with their partner easier and thus would be very open to a dialogue.

On the positive side, though, these people are loud and point a finger to a real issue, while those who resolve it silently at home maybe would not be - and the problem would persist unresolved. And if it so, I am curious how large would this silent group be?

Observing these discussions about roles and issue in shifts away from traditional roles division, I realised there are plenty of people there who have a very healthy understanding of what actually goes on. Typically they are able to see that the problems feminism speak about are not women-only, but are shared problems which can only be resolved together with participation of men and women alike in an open dialogue. Very often, these people would express something like this: “I recognise this as a problem in our society, but I am lucky to have a partner/friends around me who are working/ready to work on this too.” Maybe it’s not luck what they speak about, but their secure meta-emotion attitude and their own strength and ability to speak about these topics freely without negative emotions and resolving them with their partners and friends.

And continuing on this, if at least something is correct in the above hypothesis, I would be curious about relationship dynamics there. The prevalence of secure attachment is reported at about 50-60% of population. Assuming random coupling (which is not exactly true, but let’s keep it simple), we get that about 25-40% of couples are secure-secure attachment pair. So it’s fair to say that about 30% of each gender are happy with their relationship and are able to resolve their gender roles at home.

If this little hypothesis above is correct, these would form the mostly silent (at least not loud) group and the radicals would be recruited from the remaining 70% of population.

Now if the statistical division of meta-emotion is stable and does not change over time (which I sincerely hope is not the case!), then it means the amount of people who are unhappy with the division of household chores and roles in their relationships will remain stable somewhat stable (or at least unsatisfactory) too and the issues of feminists won’t get ever resolved. That would be a sad future indeed.

Just to wrap it up, in a consequence, this whole speculation I wrote here would lead to a proposal how to resolve many issues feminists point their fingers to: we need to move as many people to emotional coaching/secure attachment mode of meta-emotion in the first place, and then many of these gender roles problems canbe easier to solve.

I am curious to hear from all sides how wrong I am. Let;s how much emotion coaching we get in the discussion - if there will be any… 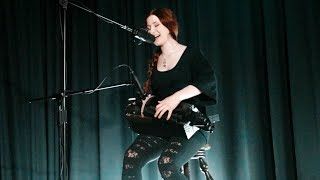 Over the Hills and Far Away - Patty Gurdy 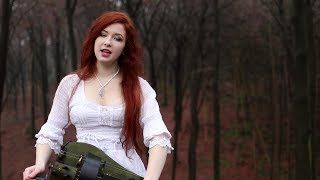 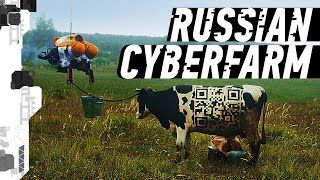 Great parody, very much fitting into this whole thread.

Anna Ternheim - What Have I Done 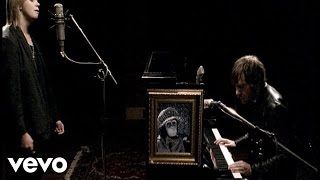 A cover of Riccardo Cocciante’s Margherita.

The lyrics meaning shift from the original is significant.

Exploring, failing, backtracking, just to identify the only viable path forward. And then scarred, stumbling forward into the future. Learning.

This is an experimental scrapbook space. A collection of stuff I want to keep in a form somewhere on the spectrum between a blog and a shoe-box full of scraps, cut-outs, quotes, links and reading notes and sometimes my own silly thoughts about them.

Perhaps it might be of marginal interest to others too, but I don't care that much.