I've been reading up on ancient Canaanite religion recently, and it is a very interesting subject. Particularly when you look at it as the precursor religion to what would eventually become Judaism.

A lot of the god names are maintained in Hebrew- which is, itself, a Canaanite language- the only living (Although you could say resurrected) Canaanite language. Yam (long A, Yaam) for instance is one that is super easy to spot because the word, in Hebrew, for ocean is still yam.

It's a very interesting thing to study for me, as a Jewish person and a secular Zionist who ascribes to the notion that the Jewish people are the aboriginal people to the region of the world I've chosen to make my home.

However, from a history standpoint it's particularly interesting to see where my culture and the religion associated with said culture came from and evolved from.

@Surasanji I am not jewish but I love geeking over Hebrew and other religions. While I know far less than an expert ont he subject Hebrew /Judaism is one of my favorite topics, particularly when discussing it in the form it had a few thousand years ago.

@freemo It's a really interesting thing, but I'm biased due to my personal connection.

Of particular interest is that at one point, before the Babylonian captivity, the religion that would later become Judaism was most likely monolatristic . That is to say that they worshiped one god over all the other gods- they still had a polythestic pantheon. The king was the head of the religion, and had the divine right thing going.

You can see this in some of the wording which even survives until today. References to foreign gods 'The gods of Egypt' or how the ten commandments is often translated 'No other gods before me'.

The Babylonians roll in, though, and take into captivity all the movers and shakers- the priests, the wealthy, the nobility- and the religion undergoes a major change in those years. 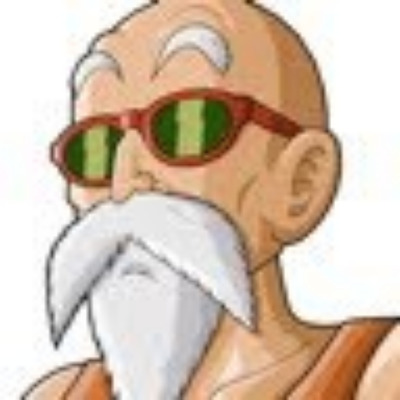 @js290
No clue. I haven't really been studying ancient Babylonian religion. However, the pattern in the ancient religions I've looked into seems more in line with the anthropomorphism of natural forces, philosophical concepts, and attempts to explain things that were not yet fully understood.

I'm no expert though. Just someone who really finds this stuff interesting.

js290 @js290@quitter.im
@surasanji  anthropomorphism is the narrative that modern man has attributed to ancient societies. How do you think current documents will be interpreted 10k yrs from now?
0
Aug 22, 2018, 21:40

@js290 I'm not sure I'd classify it as a narrative. The personification of that which we don't understand seems to be a fairly natural response to those things we can't explain.

Taking, for instance, ancient religions- you have concepts such as war, or avatars of storms and lightning. Gods of the ocean, or of fertility and crops.

We began to explain our world and our place in it through the observations we could make with the tools we had in that particular time. The questions of why we are, what we are, where we are, and how everything works are questions that humanity has been asking itself for as long as we've been able to do so.

It is in our nature to give human characteristics even to things we do understand. People ascribe human elements to their vehicles (cars, or boats in particular), or to their pets for instance.

You can also see elements of this personification of things in language and how we communicate. Some languages ascribe gender to objects, as an example.

As for how we'll be viewed in the eyes of history? I'm not sure, I don't really have an answer for how the world will be ten thousand years down the line. That is a really, really long time. I can only hope that historians ten thousand years from now remember me, personally, as handsome and a nice guy.

js290 @js290@quitter.im
@surasanji re:"personification of that which we don't understand..." Isn't that precisely what we moderns do with the ancients? Did the ancients have a better understanding of their time than we do of the historical records of their time?
0
Aug 22, 2018, 22:00

@js290 Well, not really. We're not personifying ancient people because they are people. We're not giving them person-like traits they didn't actually have because they were human beings like us, and undoubtedly led as rich and interesting lives as any other human being does today.

It is true that we don't fully understand many ancient peoples. We don't know why they did certain things, and the whens of particular historical events can get exceedingly muddy the further back you go. All we can do is make an educated guess based on what evidence we do find.

Bringing it back to Ancient Canaanite religion- there isn't an awful lot known about it. The ancient Canaanites seem to have taken papyrus paper from their Egyptian neighbors as their preferred writing medium and most of the contemporary writings to those eras are lost or remain as of yet undiscovered.

Most of what we do know is traced back through the surviving children of the Canaanites- Jewish and Samaritan histories and religious texts, which are perhaps not the most honest of historical sources, and from cuneiform tablets found in Ugarit.

The rest is pieced together from later Greek sources.

That being said, there is a lot more about ancient human societies and cultures that we don't know than we do. We're making our best guess based on those shreds of evidence that have survived (sometimes) thousands of years.

@Surasanji @js290
We can surmise that — like pre-Torah Judean and Israelites — it probably bore resemblance to other Levantine people's religion, with a regional or endemic version of Amarutu/Bel/Ba'al and/or Astarte. Yhvh began as a henotheistic tribal deity, the local version of Marduk or Ba'al.

@KingTherapy @js290 The Canaanite people each had their own little kingdoms and they were apparently not at all afraid to pull culturally, technologically, and religiously from their neighbors. There was almost certainly some amount of trade in that manner.

Those kingdoms seem to have been organized around what I guess you could call a patron deity within the accepted deities of the region.

As the only surviving Canaanite language, Hebrew is a very interesting look into that past- and many place names have remained the same in this region since antiquity, carrying on their connection to ancient gods and folk heroes of a people who are for the most part remembered as villains in modern "religious history".

Interesting point on the word 'Ba'al'. Still used in modern Hebrew. It means husband, although literally is translated as 'Master'.

@Surasanji @js290
Yeah. 'Arabic, too. Like the English "Mister" and French "Monsieur".

@KingTherapy @js290 To a certain degree. Arabic isn't descended from a Canaanite language- but both Hebrew and Arabic are part of the Semetic language family, albeit from slightly different branches. There are some fairly major similarities I think it would be best to call them 'Cousins' in terms of relations.

It's important to note that Modern Hebrew is a revived language and is at least partially constructed. There are tons of loanwords in modern Hebrew for anything that the biblical and religiously maintained Hebrew just didn't have words that were close enough for. Modern Hebrew. There are a lot of Slavic, Romance, and Germanic influences in modern Hebrew that were specifically added to ensure the language could cope with the reality of the modern world.

That is an interesting article, but it's got a tone that's suuuuper condescending and insulting.

@Surasanji @js290
People’s National chauvinism is often enforced through brusque condescension. God, Iranians are as bad as the French, even if they are more often right in their biases!

@Surasanji @js290 Yes, I know that revived Hebrew as spoken, even conforms grammatically to patterns derived from European languages of the diaspora.

Read some good recent research, mapping origins of ‘Arabic to Levant and NW coast of Arabian peninsula. Contrasting the other tribes of Hijaz Sabaa and Yathrib as being “Non Arab” Semitic, with related Afro-Asiatic languages in pre Islamic antiquity.

Worth more looking for me.

@KingTherapy @js290 Yeah, absolutely. I haven't done a ton of research into Arabic's past, but I'd imagine it is a very interesting linguistic history. The language is widely spoken, and I'm under the impression it isn't all mutually intelligible despite being mostly classified by many scholars as being the same language.

@Surasanji @js290
The use of Nabatean script amongst pre-Hejira era languages has been confusing this scholarship, especially with so few surviving examples.

It’s fascinating to me, but just an abiding side interest.

@KingTherapy @js290 I will absolutely have to look into that. Speaking of the Nabateans, I'm planning a trip to Avdat sometime soon. Probably in the winter when it isn't quite so disgustingly hot.

@Surasanji @js290
Wonderful. I wish you well for this! 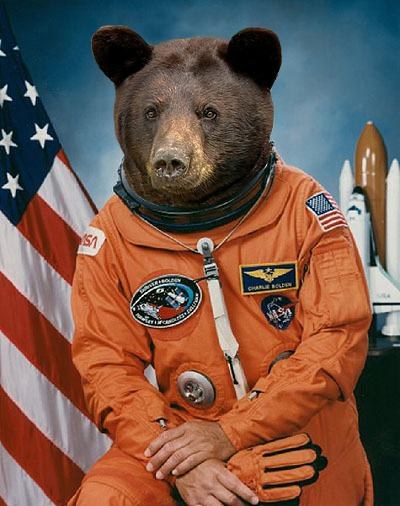 @Surasanji Why do you believe it is in our nature to give these characteristics? Is this a deep rooted, narcissistic tendency? Or do you think it is a coping mechanism for the unknown and we assign what we are comfortable with, humanity?

@js290 @Surasanji I'm not sure I've heard that anywhere except the History Channel.