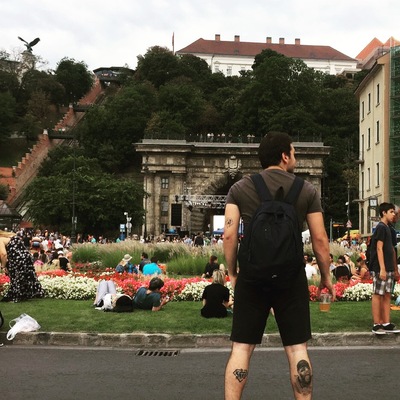 A couple of my friends from US asked me if there is an alt-right group in Turkey. The answer is both yes and no. There is a popular group who call themselves as “Grey Wolves” and it is not as same as the alt-right groups in the states, but they both have some similarities. This flood will be about #Turkey and #Politics.

Grey Wolves (a.k.a “Ülkücüler” in Turkish) take their name from Altaic/Turkish Mythology, where proto-Turkic tribes believed that they descended from a she-wolf called “Asena”.

Grey Wolves are a pan-turkist, pan-islamist movement which have been effective in the politics of Turkey since early 1960s. They have been accused with many crimes and murders in the last 50 years but it is known that an important part of the police force in Turkey are members or supporters.

Their ideology is a mix of Political Islam and Turkish nationalism with some Atatürk’s principles added.

Because of this mix, there is a lot of controversy in their own ranks. In the past, most of them supported the secondary opposition party, MHP (Milliyetçi Hareket Partisi, Nationalist Movement Party) But in the recent months, MHP’s leader made an alliance with the AKP (ruling party, Erdoğan’s party) and because of that, some of them ceased their support to the MHP.

In my highschool years, I had many friends who supported or joined them. I once went to a local Ülkü Ocağı (some kind of a court/meeting place for the Grey Wolves) with the invite of my friends. It was a place decorated with political/nationalistic symbols, pictures of important figures like Atatürk, Alparslan Türkeş, Devlet Bahçeli.. etc. By the time i arrived some guy from the MHP was cursing PKK, AKP (Yes, in the past they didn’t get along with AKP) and USA. I didn’t stay long and left.

@codexcuman You dont have to split long texts up into lots of smaller ones. You can make one large post. If it is large though use a content warning so it doesnt overwhelm other people's feed please.