So a while back i realized you can create an extremely high energy hot plasma in the microwave consistently by taking a coil and streching it out and forming it into a loop with one gap on the sad. The ark that forms has huge amount of energy in a very small space. In the past it has melted a blob of borisilicate glass almost instantly fuzing the coil i to the glass under neath.

It has a tendency to grow into a large cloud of blasma that rises to the top of the microwave usually. Since this ball plasma is much larger the energy is spread out. Despite still being extremely hot its nowhere near the heat of the initial ark as it takes some time to heat glass to its melting point in this state.

So i had an idea. What would happen if i contained the arc under a pile of salt, in this case potassium salt. It should keep the plasma contained and due to maintaining a very small volume should retain the enormous heat i figured it would be more than hot enough to melt the salt but i wanted to try it out.

Attached is the video in the microwave itself. I will reply to this thread with various stills before and after of the setup showing the final results

@Science Here are pictures of me preparing the coil, then placing it in a 30ml beaker and covering it with salt. Few notes

1) I know it looks like a resistor, it isnt. Its a 0 ohm resistor so just the same as some wire.

3) The salt is potassium chloride because it has very fine grains.

The important part to notice here is that the arc traveled through the solid (or rather molten at the time the microwave was going) salt and tried to find a path to ground. It was so powerful that it instantly cracked the lab-quality beaker it is held in and you can see a crack right at the same spot the paper bowl is burnt.

Amazing it went right through the glass like it was there.

@Science Finally I took apart the solid clumps to get a closer look. At first the two pictures are the solid clumps around the spark gap pretty much in tact. They were quire hard. Howeve however I noticed when i broke it in half (as well as the solid clump at the bottom of the beaker) it was in fact hollow in the middle and only the outside was solid.

It would appear the plasma has so powerful it vaporized the salt to a gas in the middle and only the area outside the path of the arc was solid. That is one hell of a plasma arc! 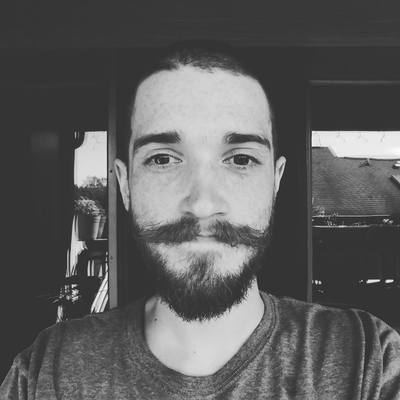 @freemo @Science I didn't know salt could be a gas haha interesting stuff!

Anything will turn into a gas if you heat it enough. That said it may decompose in the process and the gas may be its elementary parts.

In this case I cant be sure if it breaks down into its elemental parts or not. Through heat alone it should be able to form a gas in the thousands of C. But electric current will cause the elemental components to separate. Therefore i am not sure which is taking place here as both are involved.

That said i see nothing that looks like like potassium metal except a few specs int he solid salt that do in fact look like metal. Just to be certain I just put it in some water to see if it would react (an easy way to identify potassium metal) and it did not. So suspect it was contamination from the metal in the coil.

So yea ll the evidence suggested that the salt vaporized and remained mostly in salt form.

I do wonder now if i cant figure out a way to get potassium metal out of this.

@freemo that makes since. I guess a gas is just an excited state of matter. And Didn't know potassium was a metal either or that it could be made in this way. Definitely tuning in for future experiments!

@freemo strangely enough we used to do this with grapes as kids. You can cut them almost in half with a small sliver of skin connecting them and it will create plasma when microwaved.

@JohnCheathem yea grapes work but not nearly as well as a simple coil... the resistance of the grapes results in, I suspect, a much lower energy einitial discharge. The larger plasma that forms after that is likely similar to other methods of forming it.

In my method by using a small coiled wire all the energy exists in a tiny 1mm arc (initially) which has tramendous energy/heat to it as we have seen.

@freemo what happens if you have many 1mm gaps? Would the power be spread out or would it increase?

it is similar in the sand. plasma is really very hot.

@kranfahrer I really wish I had sand to test with. My guess is that it still would have melted it. But sand being an insulator rather than a conductor may have caused some unique differences I could only speculate about. My guess would be that the arc might be able to escape the sand unlike the salt and might not create clear paths through the sand to do it since it isnt behaving as a typical arc, the miwaves are exciting the plasma. Then again it might look exactly the same, I dunno.

get sand at the kindergarten nearby

@kranfahrer I think having a finer powder might be more interesting. I actually have super fine silica powder, which is basically just ultra pure ultra fine sand... i could see what happens with that.

the ventilation fan disturbs the experiment. doesn't the plasma rise upwards through self-heating. like high-energy arcs do. the same plasma?

One might expect that to be the case, but no, the arc doesnt behave that way (it does when there is no salt though).

My guess, and I had this theory before i tried the experiment so it partly proves me right, is that the conductivity of the salt in molten form would prevent that from happening. The plasma stays inside the hollow chamber surrounded by the liquid salt which helps channel it. It never rises due to an electrically conductive physical barrier.

@freemo @Science Fünf fact: You can create plasma in a microwave by placing two grapes close to each other.

Indeed. And while the plasma ball it produces is likely no different than if i used this method without the salt and allowed one to form it would appear thr plasma here is mu h more powerful. I suspect because the plasma remains small and confined it is also much much hotter.

I doubt the plasma from grapes, even when its small at first forms, would be as hot as this method. Mostly speculation though on my part but given the grapes moisture and higher resistance it makes sense to me.