It’s a short story of apathy, explored through challenging puzzles in a steampunk environment. You can download it for Windows free of charge. Are you paying attention to detail?

Reuters has just published a first-of-its-kind analysis of a dataset of observed methane emissions from different oil and gas companies' facilities and wells, imaged by high-resolution satellite cameras.

The worst liars are Shell, Chevron, Conoco Phillips, Marathon Oil and Exxon Mobil. Contacted by Reuters, spokescriminals representing each of these companies defender corporate genocide with a string of lies, each more risible and ghastly than the last.

Keith McCoy, a lobbyist of ExxonMobil, unknowingly admitted to #Greenpeace that #Exxon manipulated the public opinion on climate science and used US senators to ensure a future for fossil fuels.

A rogue killer drone 'hunted down' a human target without being instructed to, UN report says | Business Insider

I really don’t like the word or even concept ‘illegal immigrant’..

Like some hoomans should have the ‘rights’ to be somewhere on OUR planet while others don’t?

I really think humanity needs to grow up. Building stupid ‘border walls’ what’s the hell is wrong with us.. 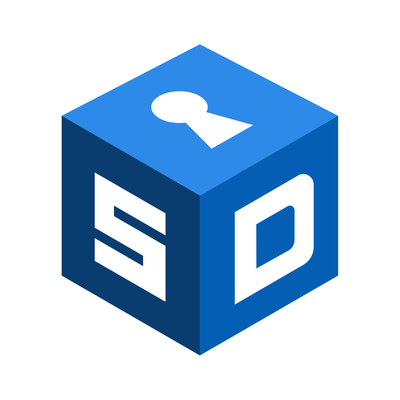 We're looking for a Senior Security Engineer to join the SecureDrop team at Freedom of the Press Foundation!

The team is fully distributed, and this position is open to applicants from around the world.

Read more about the position here:

Mandatory military service is nothing less than abuse. Psychological and physical.

In Greece, one of the countries that still hold mandatory conscription for all male citizens, the “service” is now being extended from 9 to 12 months. Despite things getting better since a few decades ago, when folks would serve for two years and nobody would care for any health issues, the system is still rotten. From young adults that just finished school to scientists that work in research, everybody has to pause their lives at some point, in order to be being yelled at by condescending buffoons in the name of freedom. For 12 months. How are you protecting your country’s freedom, by deserting your own? Are not countries made of people? Is a country free when its people are not?

A soldier is never free, that I can guarantee. Not even in times of peace. A soldier must not decide for himself when to talk, where to place his hands, how to sit down, whether to turn his head, when to drink water. Yet, his “superiors” will often refer pompously to him as a man, or a person that will become a man through military training. A man that needs permission to go to the toilet. The irony.

At least, soldiers are getting paid. In Greece, their monthly salary is ~8.60€. That is around 30 cents per day and they must be available 24/7. Not to mention the religious and nationalistic propaganda that comes with the army.

Obviously the military needs huge reforms, since we are cursed to maintain it. To my mind, the abolition of enforced conscription is the first logical step in a civilized society. The level of vain abuse one must endure in the army would not be accepted anywhere in the real world. Still, the public seems to tolerate it, even without real ways for the soldiers to defend themselves.

[Original image by Everlind, CC BY 3.0, edited by me, it reads “This is not tradition, it’s abuse”]

"Why so much Edible Food is thrown away in Asia, and how to fix it"

Key findings from Access Now's 2020 report on internet shutdowns:
- There were 28 complete internet shutdowns last year;
- For the third year in a row, India shut down the internet more than any other nation--at least 109 times;
http://accessnow.org/keepiton-report-internet-shutdowns-shatter-dreams-endanger-lives

It’s the 3rd day without tap water and with constant blackouts. The snow is melting now, but they have no idea when the network will be restored. Probably not today, either.

This is neither fun, nor how I imagined Europe of the 2020s…

Google has suspended Element (@matrix) from the Play Store for "Sexual Content and Profanity". Basically same story as with Subway Tooter a while back. Element is to Matrix as Chrome is to the web. Curiously, Chrome is still on the Play Store.

The Treaty on the Prohibition of Nuclear Weapons (TPNW), the first global treaty to ban #nuclear weapons, has come into force! ✌️ ☮️

In low-level #hardware, the binary system means that anything below x Volts will be considered a ‘0’ digit and anything above will be ‘1’.

Yeah, it can become much more complex, but that is the concept of binary inside a processor (and PCM signals too, voltage not being the necessary value to measure).

What if we could have MORE than 2 states, occurring from our measurement? Turns out we can?!
In PAM4 (Pulse-amplitude modulation) we have 4 states. You can theoretically define PAM16, if you are not excited yet. The more states you divide your voltage spectrum into, the harder to maintain accuracy and so errors happen. It makes sense, since you are becoming “less binary” and “more analogue”…

Find a way to compensate for the errors in PAM4 and enjoy double the speed of PAM2 (or NRZ for Non-return-to-zero).

If a film contains product placement, then it should be available for free.

In 1995, 9 activists were murdered in Nigeria by the military, for protesting against the impacts of Shell’s oil production.

There were arrests, followed by torture. For example, Baribor Bera, was forced to swallow his teeth after being beaten. This is not a movie. This really happened.

Shell knew and enabled the executions.

No one was ever held responsible.

I can’t reach North Koreans through this toot, but perhaps some US Americans need to read it.

How drug companies make you buy more medicine than you need

They make eye drops too big -- and make you pay for the waste.