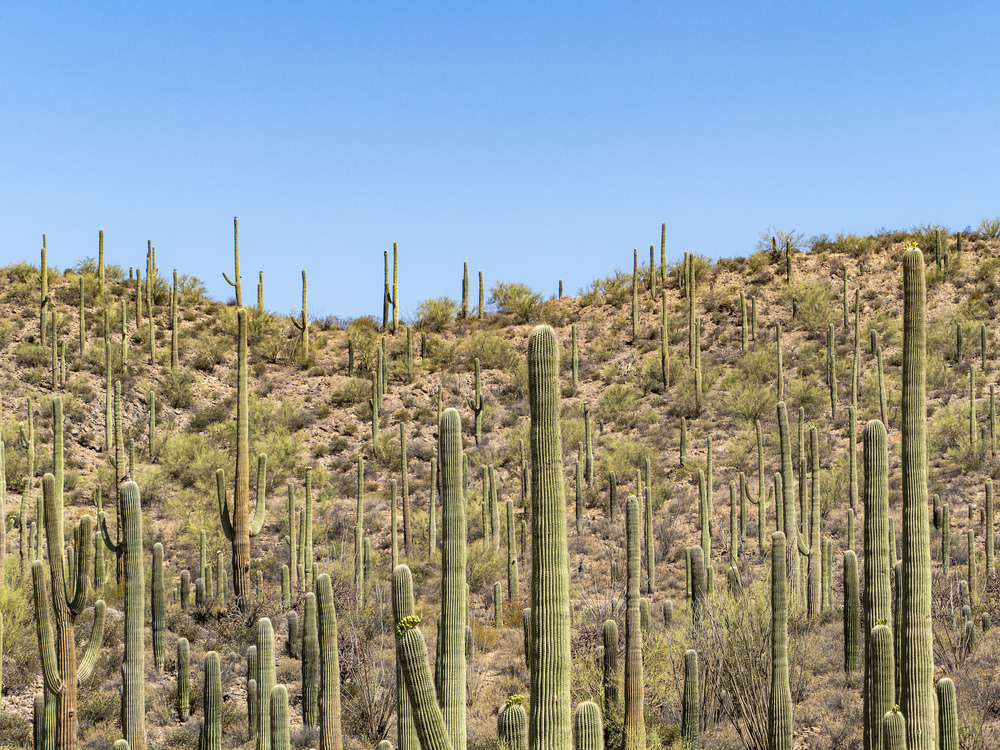 My #firstpost on #Mastodon:

🌏 🌊 I am an Earth/climate scientist at the University of Arizona in #Tucson (southwestern US) focusing on the areas of #climate change, #paleoclimates, and #paleoceanography, with an emphasis on #ENSO, #monsoons, & #variability.

⚗️🐚 Our group uses #inorganic #geochemistry incl. measurements of #stableisotopes & #tracemetals in #carbonate rocks & #fossils (e.g., #foraminifera, #mollusks, & #speleothems) alongside climate #observations as well as #simulations to advance understanding of how the Earth's #climate & #oceans have changed in the past and can change in the future.

Some of my hobbies include:

🎵 #music: I am a fan of #metal and heavy music of all sorts, but tend to migrate towards #black, #death, #doom, #drone, #sludge, & #thrash. I also have a soft spot for #carnatic/#hindustani #ragas, #darkambient, oldschool-ish #hiphop, #triphop, and various forms of #electronicmusic.

🦜 #birds & #birding #photography bring me joy. Right now, I feel v lucky to be briefly back in my hometown of #Bengaluru, southern India, after three long years being able to see #oldworld birds I grew up with.

👨🏾‍💻 #GTD, #mindfulness, #organization, and (vs?) #producivity are things that I enjoy thinking about. Of late, I've been using #Things3, #Streaks, #Hobonichi w a #Lamy Safari, #Obsidian, #Overleaf, & #Bookends to get things done. 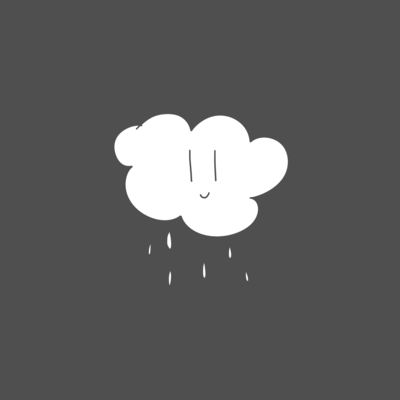 i just learned these clanculus snails exist. their shells look like they're made out of little beads 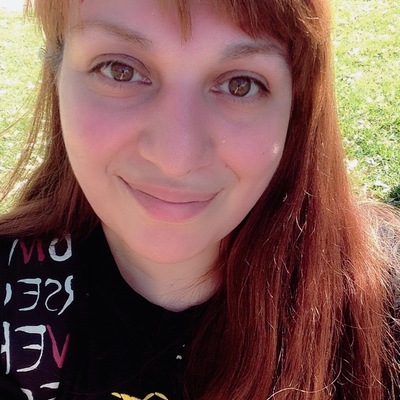 Nicholas Shackleton, English geologist & paleoclimatologist, died #OTD 2006. He was a pioneer in the use of mass spectrometry to determine changes in climate as recorded in the oxygen isotope composition of calcareous #microfossils #histsci

A Gila #Woodpecker briefly perched outside its #Saguaro cactus home.

V nice work w implications for #paleomonsoon reconstructions by Thejna Tharammal, G. Bala, & Jesse Nusbaumer showing using an isotope-enabled climate simulation, that NE monsoon rains over India can be associated with more negative δ¹⁸O signatures than southwest (summer) monsoon #precipitation in spite of being associated with *lesser* rainfall amounts. Interesting to note that the match (or lack thereof) with observations suggests that we still have some ways to go to understand the isotopic controls on this system (seasonality/events?):

Starlings with attitude. 16"x10" acrylic on canvas.
I had a bit of trouble with the rocks. I think I'll bulk them up a bit.
#nzart #art #mastoart #AYearForArt #ArtMatters nzartist #birds #starlings #acrylicpainting

Apps that shaped UI conventions, pioneered a market, and in many ways reinvented how we communicate online – unceremoniously killed off by a clown who thinks he's the smartest guy around because he has money.

These apps didn't deserve to end up like this.

Here's a fantastic workshop opportunity for early career #Geoscience faculty members (I'd highly recommend it; feel free to DM me for questions): https://serc.carleton.edu/NAGTWorkshops/earlycareer2023/index.html 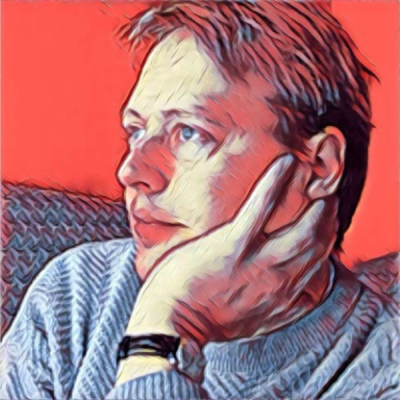 I wanted to share this truly wonderful photo of the old public library of Cincinnati, there’s many more in this article: https://www.cincinnatimagazine.com/citywiseblog/remembering-queen-citys-temple-books/. It has a sort of steampunk vibe to it, don’t you think? (I did a reverse image search on Google because I kept seeing this image pop up, and I wanted to learn more about where this place was!) #Libraries @libraries #History #Cincinnati 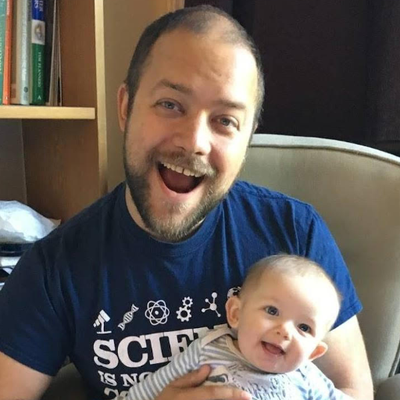 People are welcome to download the raw temperature records and calculate global temperatures themselves.

You can find raw ocean records (via ICOADS/HadSST) here: https://www.metoffice.gov.uk/hadobs/hadsst4/data/netcdf/HadSST.4.0.1.0_unadjusted.nc 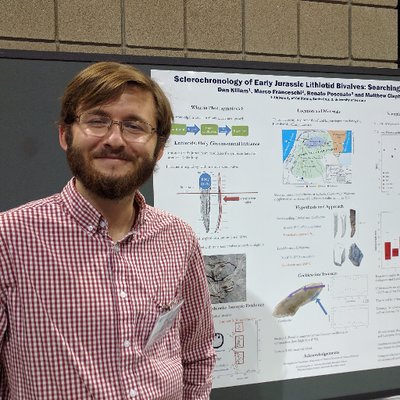 New paper alert! We measured the valve closure activity of giant clams at Biosphere 2 using valvometric sensors built with open source tools. We found the clams bask wide open to maximize photosynthesis during the day, and prioritize filter feeding and predator evasion at night! I'll have more to report on these cyborg clams in an upcoming blog; stay tuned!
https://journals.plos.org/plosone/article?id=10.1371/journal.pone.0278752 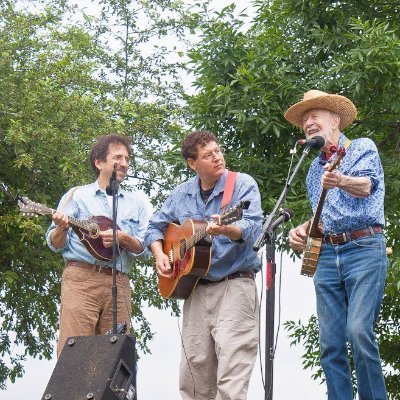 RT @theurv
If you formally adopt a drain in SF you get to name it and there are some good ones at https://adoptadrain.sfwater.org/ 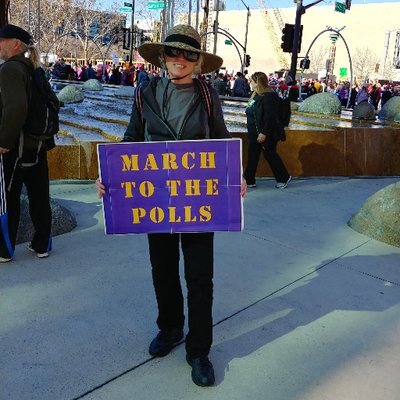 “If the continents have moved, then they have drifted like rafts and formed the ocean floors in their wake. It is to this wake that we should look first.”
~ John Tuzo Wilson

Canadian geophysicist and geologist, John Tuzo Wilson, posed the question (and the title of his article in 1966) ‘Did the Atlantic close and then re-open?’ Spoiler alert - yes. That, and his many contributions to plate tectonics, including the concept of hotspots and transform faults, led to the Wilson Cycle (also known as the Supercontinent Cycle) being named after him.

The Wilson Cycle (WC) refers to the process of continent break-up and ocean-opening followed by subduction, collision, and ocean-closing (see the diagram below). This can take tens to hundreds of millons of years (very deep time) to complete.

This quick video provides animation of the WC: https://youtu.be/I_q3sAcuzIY

Step 1 of the WC starts with a tectonically stable continent/craton, eroded down and perhaps scarred by earlier collisions. Rifting (or faulting), crustal thinning, and thermal uplift caused by tectonic stretching of the continent allows the upper mantle (plume) to rise up and fill in. This can lead to earthquakes and volcanic flows. Sometime the plume can die out leading to a failed rift, but when rifting continues, things get quite interesting.

Step 2 The fractures are deep and oriented perpendicular to the extensional direction. As the continent breaks apart, the plume develops convection cells that further the rifting and deepen the basin allowing water in. The mantle material exposed by the rifting is made of much denser (or mafic) material than continental crust (or felsic) and sinks, cools and hardens/crystallizes forming oceanic crust. A new ocean basin is created.

Step 3 The two new continents continue to drift apart; the rift becomes a young spreading ridge, and the new ocean crust sinks further into the mantle as it cools and becomes denser. Sediment is now collecting on the new ocean floors.

Step 5 Divergence ceases, and convergence begins. The MOR is eventually subducted, or consumed at the ocean basin margin. Associated volcanism and subduction continues, along with collision, narrowing the ocean and mountains beginning to form. This is now part of the ocean-closing cycle.

Step 6 As the continents/cratons continue to collide, folding, faulting, and earthquakes occur creating new mountains (think of the Himalayas), while catching up bits of volcanic rock, oceanic crust and sedimentary rock. A new continent is formed.

Step 7 The continent matures and erodes. Rinse and repeat with continents colliding, forming supercontinents, and dispersing again in a much longer and even deeper time.

The Wilson Cycle is somewhat simplified and doesn’t go into all the sorts tectonic variations of rift zones and diversity of plate tectonics, but it was a landmark starting point and is a sign of Wilson’s genius. Later geologists and geophysicists stand on the shoulders of this giant. We’ll dive further into the Wilson Cycle in future posts, and have a look at the rock types created and how geologists piece together the Wilson Cycle in real rocks. It’ll be fun she said :)

Climate change is due to our cumulative emissions, not just our emissions today.

While rich countries have started decreasing emissions in recent decades, rich country emissions are still responsible for a substantial majority of the 1.2C warming to-date https://www.carbonbrief.org/analysis-which-countries-are-historically-responsible-for-climate-change/ 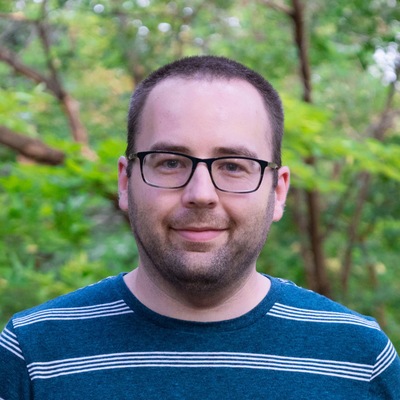 I set a goal at the start of 2022 to watch 100 movies this year. I've been documenting my progress and reviewing each one in a Twitter thread. Given that…situation…I figured I should migrate that thread over here as well just in case.

This is Jan 1st through Feb 5th, and was largely me catching up on older movies I just never got around to. I think Monster is the one that hit me the hardest in this bunch.