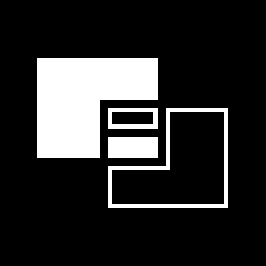 so here we are, we're just the same
and you will never know
my secret plan, how close we came
to share another road

and have i lost my only chance
to tell you how i feel inside?
is it just me, i'd like to know
or are we all just a little blind?
--------
email/xmpp : perl -e '$_="zatevs\@vasvavgrerterff.fcnpr\n";tr/a-z/n-za-m/;print'
irc : freenode and espernet
account : locked to protect against creepers and bots #nobot
follow requests : are welcomed!

gameboy programming has been a fun thing to look in to tonight. i'm now screwing with making sprite sets and loading them. this makes more sense than love2d. it's bedtime though, but holy crap i made progress. really need to learn my compiler here.

immediate next steps:
- Makefile to automate pressing the up arrow and then enter.
- find some code to study.
- what was that graphic format that was centered around the image's bit depth and a tiny 2? byte header? PBM? i briefly worked with it in perl to send shitposts over ipv6 to #factorio

i shall call it the "final shooting star (final)" #factorio

at over 250 factoryhours i still don't have a single good outpost building train set up. i have three crappy ones. maybe i should refactor that before taking more resources?

so i started a new factory last night thinking surely Wube has finished the terraingen, only to wake up to 0.17.57 "Restored ore placement to match that of 0.17.50"

i no care. i love it. .58 was just released, and there was a happy < 100 bugs remain post on the last FFF. anyway this is just a weekend factory while i rest a bit (...he says, just over an hour of factorytime in to it).

#lutris is spoiling me. #Satisfactory is working just fine with it, so yay gaming on linux \o/

while dicking around with the Epic Game Store i noticed "Genesis Alpha One", some roguelike space defend 'em up. this is right up my alley, moreso than Satisfactory at the moment (afterall we have #Factorio).

because really what I need is more games to not beat.

as heard on irc:
saying "bobs with no bots" is "agonising" is like saying "being put feet first into a very slow meat grinder" is "unpleasant" ;)

When katherineofsky says "it'll be fine", I believe her. #factorio #satisfactory

"It's been a while, but that's exactly the idear of it." -- Bentham

https://imgur.com/a/U7m4OyC
I had no idea a stack inserter was so OP when outputting to a splitter. Looks like all the pre-famulated designs in the album allow at most 4 inserters per wagon per side, which makes me wonder if this trick is good enough to make up for the other 2 inserters per side.

Also that smeltery is hella beautiful, nevermind the asinine n-belt balancer on the output. wtf bro? Load & unload your belts evenly and you won't have waste UPS on that kind of crap.

I've been playing on this save for about 5 years, since the first version with oil came out, so, since 0.7 I think. Actual in-game time played is only 220 hours, I haven't wasted my entire life on it, but that of course doesn't include the hundreds of savegame forks and the save scumming I do when the biter AI gets "tweaked". Nowadays the biters are so buff and my territory so large that I had to turn the simulation to peaceful, as I just can't spare the UPS and personal attention to building adequate defenses (even though the tower defense aspect of the game is seriously one of my favorite parts). I wish I could select specific nests to remain hostile, I have a "biter sanctuary" with a few nests corralled. It was a fun resource dump before we had infinite science, but rocket launches and the expanded science packs are so much more efficient at wasting resources nowadays.

One of the reasons I keep playing this map is because the terrain generation artifacts over the versions are actually kinda fun to me. They aren't annoying at all like in Minecraft or other games that can suffer from procedural generation's shortcomings. I've changed terrain gen settings a dozen times, and the algorithms themselves have changed at least as often. I want to start a new factory but I have it on good authority that it'll be changed yet again before 1.0.

In the screenshot you will see more or less the spawn point in the large oil field to the north east, so many years ago. For the longest time pollution didn't kill the lush green trees, so I kept a few around and even had a little park in the middle of the factory floor. Now that we have a new ground tile, I'll have to refactor the factory floor.

The bulk of the science stuff extends past the north of the screenshot. Green and red circuit fabrication primarily happens in an outpost to the west, and rocket parts come in from the south. I have named this part of the factory the "unifactory" as it universally handles all incoming intermediates. There is a "UniUnloader" 1-2 train station above the (totally ridiculous) storage area that came from my sick inner desire to amass one hundred million green circuits. The number steadily grows so long as I remain limited by rocket parts. I have all of my intermediates past plates on 1-2 trains, with plates and ore on 2-4's. Designing for 1-2 was actually not a bad decision early on, the reduced latency definitely helped in chasing down production inefficiencies. 2-4 is becoming inadequate, though. I still need to design some proper smelteries. A universal design sounds good, but in practice you need the loginet separation so the bots evenly process the various ores. We all know how they like to let their minds wander and focus on the exact task we don't want them on..

so here we are, we're just the same
and you will never know
my secret plan, how close we came
to share another road

and have i lost my only chance
to tell you how i feel inside?
is it just me, i'd like to know
or are we all just a little blind?
--------
email/xmpp : perl -e '$_="zatevs\@vasvavgrerterff.fcnpr\n";tr/a-z/n-za-m/;print'
irc : freenode and espernet
account : locked to protect against creepers and bots #nobot
follow requests : are welcomed!