The mess in AU politics is just that: deplorable, unserious. The 2 big Parties pursued politics, signalling rather than principles, so voters denied them bicameral power to govern by fiat. But they ignore calls for consistency, prudence, accountability & have only dug-in deeper.

@freemo Well I have *some* idea 🙂. I owned a Greenspeed GT ‘bent (http://greenspeed-trikes.com/comparison.html) for about a decade until a couple of years ago. Rollhof hub gears, disk brakes, Schlumpf dual chain ring... Great fun for long, fast rides around the extensive bike paths and rail-trails near Melbourne. But — although it ‘folded’ — hard to transport & store. Now I sometimes use an upright that I find scary even at slower speeds! Enjoy!

@virogo I know I will never be able to play golf or manage the math needed to understand quantum chromodynamics. I’m irked about equally by these personal shortcomings. But I do own a Folio Soc. (!) editon of Feynman’s Six Easy Pieces and Six Not-So-Easy Pieces (with an intro by Roger Penrose) that are basically selections from the Leighton/Sands transcripts. I managed the first half without too much trouble...

Hossenfleder is a critic of the idea that the “beauty” of a theorem is a useful guide to it’s likely success. She makes the point several times in her book but, in reality I would say she’s not so much interested in the ‘aesthetics’ of theory as the uncritical worship of mathematical “beauty”. It’s the screwiness of thinking that beautiful math is somehow cognate with “truth” that pisses her off. I must say, as someone who feels the same way about “mathematical” economists, I am sympathetic with that view. She argues that it gives energy to essentially un-falsifiable theories such as the excesses of string/multiverse theory that are in her view intellectual onanism (“wanking:” in Australian english).

Will “Models Run the World”? To the extent this is about more than software structures — any algorithm implies a model — it’s exaggerated. Most *forecasts* are just not that strong. When were you last pleasantly suprised by an Amazon book recommendation?:: https://www.wsj.com/articles/models-will-run-the-world-1534716720

Until about 3 million years ago, camels were confined to their continent of origin... North America 🐫

@freemo @arteteco @solanaceae You’ve reached an amicable conclusion. I’m late to the party (sorry). Your debate on the possible truth states of unfalsifiable propositions is interesting. I have recently realized (been convinced) that the “Popperian” views on fasifiability I thought I held are sort of out-of-date. The alternative view, which I now accept, is that in physics (& economics AFAIK) most hypoths. are never in fact falsified but rather “implausified” and everyone (or most) moves on to the next thing. I find this an attractive idea both from experience and for its Humean character (ie. his argument that our belief in causation is nothing more than a series of “more and more plausible” — eventually convincing — associations). The most intriguing discussion I have seen of this general subject is in connection with contemporary efforts to escape the “dead end” in the Standard Model of physics/cosmology: Sabine Hossenfelder’s “Lost In Math” — a book that I highly recommend, if you have not read it. Here’s a good, sympathetic, review/précis of the argument::http://www.math.columbia.edu/~woit/wordpress/?p=10314 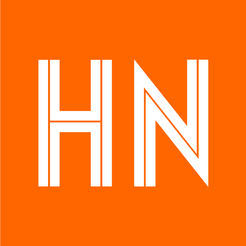 ‘“Censorship is a very dangerous thing & absolutely impossible to police,” [Mr Trump] continued. “Let everybody participate, good & bad, and we will all just have to figure it out!”’::https://www.wsj.com/articles/trump-slams-social-media-companies-for-censorship-of-the-right-1534609973

Go tell the Spartans... “The 19th AU and 6th NZ were to hold the [Thermopylae] passes as long as possible, allowing the other units to withdraw. The Germans... met fierce resistance...& sustained considerable casualties. The Allies held out the entire day;”https://en.m.wikipedia.org/wiki/Battle_of_Greece#Hitler's_decision_to_attack_and_British_aid_to_Greece

Long, interesting report about the evolution of theory, from one side of the (venemous) dispute over the Cretaceous “asteroid impact” and alternative extinctions:: https://www.theatlantic.com/magazine/archive/2018/09/dinosaur-extinction-debate/565769/

@freemo Good find! The Crescent was a popular symbol of Byzantium (i.e. Constantinople, the ‘other’ Rome), linked to a story about the city’s protection by the Moon goddess, Astarte, during a siege by Philip of Macedon. Most pre-Islamic representations seem to show the crescent facing upwards with the star above. The symbol survived the conversion of the city to Chrsitianity. It seems to have spread to Western heraldry after the Crusades. Still, I think it’s uncommon in the West.

@arteteco Thank you. Nice to be here with people who know their tomatoes 👌

A reply to @joel_olbrich on the “QWERTY” effect. Apologies to Joel.I don’t know (yet) how to make replies public. BEGINS
—————-
English language keyboards have a letter-layout begining QWERTY... apparently because this order facilitated the mechanical operation of early typewriters. There was no linguistic logic in the design: there seem to be several layouts that would be easier to learn and faster to use. But the early manufacturers standardised, by default, on the QWERTY layout and it became universal. No typewriter having a different layout would sell because users had accommodated to the idiosyncrasy of QWERTY. The “QWERTY Effect” is, by analogy, any structure, however idiosyncratic, that has been entrenched by use. But, on reflection, the “Twitter effect” is not due so much to its QWERTY-ness but to the natural monopoly effect of network scale economies. First movers in many network spaces (railways, airlines, telephone networks, Twitter) who secure large scale quickly can often block new entrants simply because the scale of investments needed to compete against the reach of their established network is too large for new entrants (who have no customers, at first) to justify. #longwinded

Introducing myself. I am a Twitter refugee (maybe) where my handle is the same as here. I archive my own Twitter timeline here (https://petergallagher.com.au/tweetnest/). A quick glance will show you what I’m up to. My professional expertise is/was economic history and administration of trade and trade agreements. I have an economist’s view of the world although my academic qualifications are in law, philosophy and literature. I follow people/stuff like @tylercowan, @samirvama, @sixthtone, @patrickcollison, @catotrade I’ve recorded and am annotating Byron’s comic epic “Don Juan” (funny, touching, outrageous but neglected): see @madbaddangerous on Twitter. I would be better at piano and photography if I hadn’t waited until my mid-60s to take them up. I’m trying to create a portfolio at https://images.petergallagher.net.au. I like Opera a lot more than Metal. #introductions

@freemo Understood! The local/ federation network is interesting. So far, I like the the Web interface to Mstdn, too. The facilities for conversation and browsing are both pretty neat and Qoto seems like a fast node. So stuff to like already.