I asked on social hub if I could use this and we can, so I have included here a link to the post, which as both png and svg versions,

If people click on the graphic it will go to https://torresjrjr.com/archive/2020-07-19-guide-to-the-fediverse which is by @torresjrjr 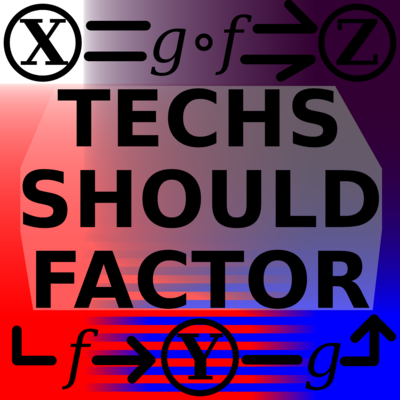 However I think the biggest obstacle for people isn’t grokking the concept of a twitter competitor but rather discovery of an instance to get started on. Or even better, an account they want to follow or a conversation they want to participate in right away.

And, in the same way that a single global instance can’t make the Fediverse, probably no single global listing of instances will provide the answer. However, even among my own local experience with cool instances, accounts, and posts; I don’t really have any way to organize them other than a giant blob and I can’t really find appropriate ones to evangelize to people when the opportunity arises.

@category_mirrory is email part of the fediverse in your eyes – or just an analogy?

Well the blog is by @torresjrjr not me. Personally I never thought about it before you said it but I guess, technically speaking, email (and websites in general) are part of (the original) “Fediverse” (the Federated Internetwork).

In “The Future of the Internet (and how to stop it)”, Jonathan Zittrain argues that we take the “history” of the Internet for granted. That is, we take it for granted that the Internet was pre-ordained to inevitably be a free and open place, because that is what wound up happening. But actually, Zittrain claims, companies tried really hard to make both the servers and the clients closed models (e.g. AOL, Compuserve, Prodigy, and specialized client software/boxes/appliances).

We forgot about the corporatists because they lost that round but they are winning round 2; not just in the new domain of social networks; but also returning to the old domain you pointed out of email and websites, where small providers instantly get placed on blacklists (or just never placed on whitelists) for everybody on gmail or outlook; or captcha and cloudflare.

So, returning to the theme, #YearOfTheFediverse is not a totally new phenomenon, but rather a rhyme with an old battle that was fought and won once and now must be fought and won again.

The tag “ #YearOfTheFediverse “ was suggested by the creator of the graphic so I am using that as for me it is a nice tag.

I like the e-mail analogy to describe the fediverse, I used to earlier at a meeting to explain what the fediverse is, so yeah it is a nice way to explain.

@zleap @category_mirrory @mray
Hi, I'm the author of the two blog posts about the Fediverse.

There seems to be an issue of etymology with "Fediverse". I've seen lots of opinions, retronyms, back-formations, redefinition, etc.

I took a small stand and authored the Wiktionary entry for "Fediverse":

As mentioned there, I've also come across "the federation" and "the free network". I wrote what seemed the most sensible and exclusive definition (otherwise, why define a new word to not to be more specific in our speech?).

There are perhaps others who are more qualified to define those terms. The Internet is older than me. @cwebber ActivityPub co-edittor perhaps?

@torresjrjr @zleap @category_mirrory @mray "Fediverse" as a term has been in use for a long time. I don't remember for sure if it was used back in the "olddentica" original StatusNet days (seems likely) but I know the first example I have in my email record dates back to this email from October 2013: https://lists.w3.org/Archives/Public/public-fedsocweb/2013Oct/0005.html

> We're a bunch of folks in the OStatus fediverse (StatusNet/GNU social) that will attend.

I'm pretty sure it probably dates much earlier, even.

@torresjrjr @zleap @category_mirrory @mray I don't think it would have appeared anytime *sooner* than 2009 though.

Btw, do you have any quarrels or nits to pick with the current "Fediverse" Wiktionary entry?

It looks short and simple to me, would it be worth linking to the explanation from @torresjrjr for more information and links to some of the peertube videos etc.

@zleap @torresjrjr @category_mirrory @mray Looks good to me also. What do you think about for the "origins are unknown" we link the currently earliest known link I showed, and encourage including earlier versions if someone knows of them?