This is my favorite part of the harry potter books because it was such a character twist. It shows that the man we thought was the caring father figure (Dumbledore) was in fact callus and even cruel in being willing to sacrifice someone he acted like a father figure to. Meanwhile the one man we all thought was the asshole was really the one who cared about him more than even Dumbledore...

"So the boy… the boy must die?" asked Snape quite calmly.

"And Voldemort himself must do it, Severus. That is essential."

Another long silence. Then Snape said, "I thought… all these years… that we were protecting him for her. For Lily."

"We have protected him because it has been essential to teach him, to raise him, to let him try his strength," said Dumbledore, his eyes still tight shut. "Meanwhile, the connection between them grows ever stronger, a parasitic growth: Sometimes I have thought he suspects it himself. If I know him, he will have arranged matters so that when he sets out to meet his death, it will truly mean the end of Voldemort."

"You have kept him alive so that he can die at the right moment?... You have used me… I have spied for you and lied for you, put myself in mortal danger for you. Everything was supposed to keep Lily Potter's son safe. Now you tell me you have been raising him like a pig for slaughter…"

"But this is touching, Severus," said Dumbledore seriously. "Have you grown to care for the boy, after all?"

"For him?" shouted Snape. "Expecto Patronum!"

From the tip of his wand burst the silver doe: She landed on the office floor, bounded once across the office, and soared out of the window. Dumbledore watched her fly away, and as her silvery glow faded he turned back to Snape, and his eyes were full of tears.

"After all this time?"

Thing about her writing is, its simplistic, its not at all particularly poetic, doesnt use any deep or meaning words or nuance. At first glance you might almost think she was an unimpressive writer. But her character development is so real, and deep, and touching that I feel clerver words and a larger vocabulary would have almost distracted from that. Plus she was writing it for kids so to some extent that may be intentional.

@freemo
That's also why I like the book, it's simple so I don't just get lost in complex vocabulary but dive inside the meaning and imagination of the world she creates.
What's your favourite book of the series?

@mur2501 im not sure i see them as seperate books, they are a continuum for me. Like i have never read one book more than any other. I either read them all or i dont read them. I think I see a lot (but not all) books that are tight series like that. Like LOTR is 100% a single book IMO. 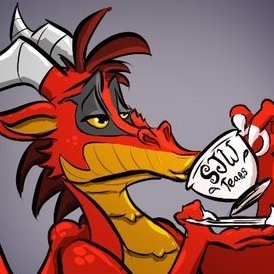 SteveTheDragon @SteveTheDragon@freespeechextremist.com
@freemo so ultimately harry potter is a story about a young boy groomed by an old gay guy.
1
Nov 19, 2020, 04:34

@SteveTheDragon Pretty much.. or more like a child kidnaped by an old gay gay guy who secretely has him raised by a physically and mentally abusive family to "toughen him up" to he could convince him to commit suicide by having another dude who is into necrophilia willfully kill murder him.

Moreover the old dude was a habitual kidnapper and and we later find out actually kidnapped the necrophilia dude when he was a kid too. In fact he kidnapped him, convinced him he had magical powers, and then after he grew up spent most of his life trying to kill the first kid he kidnapped before ultimately just giving up and getting the second kid he kidnapped to commit suicide in the off chance it will solve the fucking mess he made.

SteveTheDragon @SteveTheDragon@freespeechextremist.com
@freemo Holy Crap, DumbleDore is probably the most inept wizard of all! :mindblown:
1
Nov 19, 2020, 04:40

@SteveTheDragon Actually I have the perspective that dumbledore is 100% inept. The only reason we perceive him as wise, capable, and powerful, throughout the books is because he has the elder wand. In reality the man was totally inept on his own :)

@SteveTheDragon In what sense. I'm not sure how gender plays into this at the moment.

@freemo @General They say you don't know a person's true nature until they're at their last moments of life.