If somehow it were possible to take away a humans ability to learn and grow, would that necessarily take away your free will? 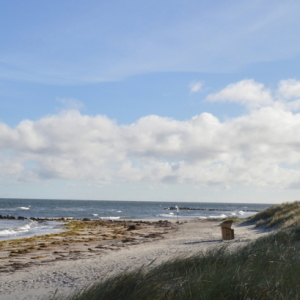 I'll take a crack at it, I've been doing a lot of philosophical work lately. Let me know what you guys think :)

How about we consider an alzheimer patient, or especially people with anterograde amnesia? The latter cannot generate new declarative factual memories, due to damage to the medial temporal lobe, thus fall the closest to this circumstance that you have suggested.

Hypothetically, let's say you place a person who forgets everything they learn when they go to sleep, in a puzzle room. You should be able to see their initial and subsequent daily attempts to solve the puzzles be nearly identical, as what informs their strategy of approaching the problems cannot be updated. However, these people in each instance are still freely reasoning and making decisions, but since their ability to update their model of reality is flawed, we can precisely predict their behavior.

In other words, our pseudo-prescience of their actions does not take away from the fact that these actions were made by a free creature, but only indicates the free creature has a flaw in their ability to sufficiently update their knowledge to make new, freely chosen decisions.
@General

If your actions are predetermined are they truly free actions though? I mean clearly they THINK they have free will. but if all they truly have the power to do is repeat the same thing over and over again is it really free will or just the illusion of it?

@freemo
I'd make the case that their actions only appear predetermined from an outside observer's perspective, as the repetition of the behavior seems to indicate that the actions must continue to happen; however, from the actor's perspective they are weighing and reasoning this "novel" situation and coming to a conclusion they deem appropriate for the situation.

Thus, we must either conclude that both actors have free will or neither one does.
@General

but does the act of weighing and reasoning prove free will, even if it seems similar to our own..

Consider for a second that the brain is just a very complex algorithm.. if i have an algorithm that weights options, reasons about those options, and then picks the one with the heighst weight, is that free will? The computer program will always choose the same result every time, since, like a person, the algorithm can not adapt or change or consider past events. So is an algorithm that goes through multiple steps to determine an output, when that output is consistently the same, exhibiting freewill for "weighting options" and "reasoning"... I'd argue it is not, neither would this hypothetical human (presuming that were truly the case, in reality they can acquire new skill memory so it isnt exactly the same).

@freemo
Well you've sort of answered your own question in the statement of it. You believe we have free will, embedded in the statement of "even if it seems similar to our own"; the point I was making is that evaluation of all possible external and internal state that is apprehendable by our consciousness is what leads to the outward expression of our free will, i.e. decision making, and is the same in both humans in the example.

Additionally, there are logical consequences that may always arise exactly because an individual exercises their free will. If you prefer cookies to cod liver oil and I continually put you in that situation, you will continue to make the same choice. Does that mean the outcome was predetermined and that you have no free will? Or does it mean you're making a choice based on the same set of unchanging information you have access to: the system and your preferences, despite your ability to update your knowledge of the situation?

So if "normal" individuals have free will, I believe we have no way of distinguishing between that and the memory deficient individual, and I would go so far as to say that limitations on cognitive ability (at least within the range of what is exhibited in humanity) does not and cannot impinge upon free will. If it did, we could reason in the opposite direction about a being with a more capable intellect than our own, which would either have "more" free will than us, or would be the only type of being that has free will, since we would be intellectually deficient in comparison.

Well yes and no.. I do not know if we have free will actually. But I would say that even if it seems similar to what we assume is our own free will (and for this discussion im ok assuming we have it), that doesnt mean they have free will.. We can learn and adapt, assuming that is necesary for free will then despite any other similarities we have and they dont.

With that said honestly I think we need to take a step back from this debate because we have an underlying axiomatic problem.. you are using reason and its all well and good, but we havent even agreed on a definition of what is free will to begin with, let alone a way to test for it.

Is a simple modern day AI free will (most would say no).. would a more advanced form that is simply more complex but generally of the same nature as todays AI be free will? If not what special quality is it lacking....

And before we can answer any of that what is free will at all. If your decisions are pre-determined can it be seen as free will if you can never and will never execute anything but the already predetermined decision you will make?

@freemo predetermination clearly excludes free will, but it is not an absolute outside of religion. The question is predetermined by whom? If I always prefer oranges to apples, you did not predetermine anything, you simply observed and memorized my determination. A person without memory is simply constantly communicating such determinations to you with every choice they make, and you happen to have a piece of paper to write those down on.

Now in mathematics we have a curious result, which goes something like this: no sufficiently complicated system can predetermine itself. From this I would handwave a conclusion: to each other we will always have free will, and a higher being that can predict us, we will never recognize.

@namark
Hey namark, I think you brought up some interesting points I'd like to dispute, but as I mentioned to Freemo, I'm feeling rather unwell at the moment, so I'll have to get back to you when I'm more able to. I hope that's alright with you :)
@freemo @General

@freemo
Hey Freemo, I've been feeling not so great so I'll have to get back to you a bit later. I agree we need to straighten out some axioms, but I think the argument goes even further into what can be predetermined and whether anything exists other than the present. I'll get back to you on this when I'm able to. Thanks as always for the discussions, they're great fun to discuss.