Interesting fact of the day: The same effect that cuased light in a prism to split up into different colors is what ultimately caused the first transatlantic telegraphic wire in 1858 to fail.

Morse code is transmitted as on-off signals, effectively square waves. Square waves are in fact made up of many different frequencies. Like in a prism different frequencies move at different speeds through a wire. Therefore as the on-off pulses traveled through the transatlantic telegraph wire the signal spread out like it does in a prism and ultimately the pulses would overlap and be indistinguishable.

The effect was so extreme that it took a message of only 98 words (the first message sent) over 67 minutes to send one way and a whopping 16 hours to confirm the message.

Whitehouse, a doctor with little mathematical understanding, thought he could solve the problem by increasing voltage, which we now know was a futile effort. He increased the voltage to the point he managed to short out the cable entirely and made it useless. However Lord Kelvin had already warned of the problem as was ignored and he came up with the law of squares to describe the problem which later was refined to give us the telegraphers equation. The telegraphers equation is still used today to model feedlines in radio transmitters and receivers.

@freemo Ah, intersymbol interference. They transmitted square waves without any modulation on some carrier wave? @Science

Correct as was the norm at the time. Telegraph wires, atleast before they starded duplexing and quadraplexing them (which came later) were simply a dc signal that directly correlated to the morse. Dots and dashes were just direct DC pulses.

@freemo @crackurbones @Science Do you know what DC voltage they use(d)?

60 volts would have been enough as it didnt work for reasons unrelated to voltage. They used 500V due to a lack of understanding, when the cable didnt work whitehouse increased voltage thinking it would fix it (it wouldnt at any voltage). He increased it to something around 2kV or more before the increased voltage caused the cable to fry and become useless.. 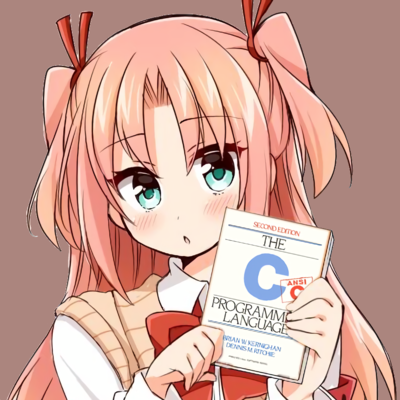 @freemo @Science I recently read a book on transatlantic telegraph history. The actual history was more complicated than the popular story, but far more interesting.

1. The cable didn't fail immediately like a bad comedy after Whitehouse turned the voltage up the dial to eleven. Instead, it failed at some point in the middle of multiple experiments, in which both Lord Kelvin and Whitehouse's devices were used.

2. While it's true that Whitehouse's HV transmitter certainly accelerated the cable failure, but even without him, the cable would likely fail soon as well. Submarine cables at that time suffered multiple engineering and quality control problems, especially, the quality of the dielectric insulation. Other cables from the same era, like the Red Sea Cable, also failed quickly. In fact, Whitehouse likely just triggered an insulation defect, a defect-free cable should've survived that voltage. In this sense, Whitehouse was a scapegoat in the telegraphy industry.

@freemo @Science
3. After the failures of multiple submarine cables, the British government opened a political and technical investigation. For the first time, the quality problem in these cables were systematically examined. Researchers also performed some fundamental experiments. For example, on dielectric material, "all insulators are conductors with megaohms and gigaohms resistance" was established as an engineering rule during those experiments.

4. The findings of those reports were widely read by the members in the industry and was a call to actions for better cable testing and construction. Eventually, the quality of submarine cables were significantly improved.

@freemo @Science
5. Lord Kelvin initially argued that transatlantic telegraphy was just infeasible due to the law of squares. Whitehouse debated him, while Whitehouse was technically incorrect, it made him to reexamine the question, and eventually came to the conclusion that, with a clever modulator (didn't remember exactly, if I recall correctly, it pulls the current back before sending the next pulse, in other words, Lord Kelvin invented digital pre-emphasis) and detector (and inventing the mirror galvanometer in this process), there were still hopes. And that was why he later became a supporter and got involved in the project to begin with.

6. Kelvin's modulator didn't work - the Earth-induced ground current sabotaged the scheme, but the mirror galvanometer was a great success. It also explained why the data rate was extremely low - a plan that partially failed).

@freemo @Science
7. While Whitehouse had little mathematical understanding, he was a prolific experimenter and inventor for all it's worth. For example, he invented his own electrical measurement devices from scratch and used that throughout his works (the accuracy was disputed because of the nonlinearity in the magnetics, but it was an original and clever device regardless). He also invented a mechanical teletype for the transatlantic cable that was supposed to automatically print out the messages received (it didn't work because his relay-based detector had low sensitivity). - All of that was why Lord Kelvin agreed to put him in charge, Lord Kelvin acknowledged his practical experience.

@freemo @Science
8. Finally a curious factoid - initially Lord Kelvin believed Whitehouse's teletype worked. People tried to receive a message with the teletype for days without results, they decided to plug the mirror galvanometer in, and it was an instant success. And guess what... The message was subsequently recorded on paper using Whitehouse's printer because it was right there. Thus, the early paper trail created a misleading impression...

@freemo @Science The facts I mentioned were only a small part of this interesting piece of history in Victorian electrical engineering. If you want to learn more, read the whole book, available at LibGen.

This is a new book that systematically reevaluated the history here, and in my opinion gives Whitehouse a fair treatment.

But an important thing to watch: the word "induction" is used throughout the book, but it often refers to "electrostatic induction", in other word, it's capacitance, not inductance. The terminology here is historically *correct* but can be really confusing it you didn't get it.

@niconiconi
I cant speak to the book but i am intimitly familiar with modeling of transmission lines. A transmission line is modeled as a series of inductors with capacitors across them. So there is both magnetic induction and electrostatic capacitance at play and both are equally significant.
@Science

@freemo @Science Lord Kelvin's Law of Squares is only a rudimentary and incomplete form of of the full RLCG transmission line theory, with R and C only. The line is modeled as an infinite number of parallel capacitors, inductive effects are not considered, the full model was not derived until Heaviside did that later. Kelvin's model was entirely adequate for the operating frequency of the transatlantic cable. Modern literature calls this model an "RC transmission line" (e.g. see High-Speed Digital Design, Howard Johnson, page 150) and it's the same model used in VLSI design.

And this is why I warmed readers on the potential confusion of the term "induction". For example, the book quoted Micheal Faraday as saying "a thinner wire has less induction", which may appear as gibberish to a modern reader until one realizes it's about electrostatic induction, or capacitance. 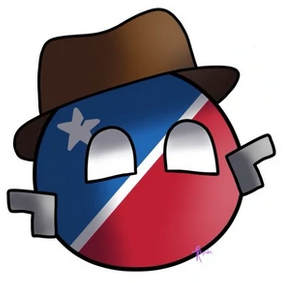 @niconiconi @freemo @Science I could've sworn I read somewhere years ago that "Hello World" truncated at "Hello Wo" before failure, but cannot find that source again. Anyone know if this true?