Well, the Democrats have control of Congress for about three more weeks. Let's see if they pass legislation to make abortion legal for every American just like they promised.

@Pat YES! I always said that while it is an abomination it wasnt a protected law sooner, relying on it being a supreme court precedence was always a bandaid and never the real solution, the SCOTUS is not a body that creates laws.... so seeing an actual law on the books is something I've wanted for a long time and is how it should have always been!

But if they make it legal now, they won't be able to fire up the base and bring in the donations in 2024.

@Pat one has to wonder if when they loose by one democratic swing vote if that is intentional or not....

Just as they planned...

"Oh, we'd really like to pass all these things, give you freedom, tax everyone fairly, but golly, that senator over there in the safe seat is blocking everything. Too bad." 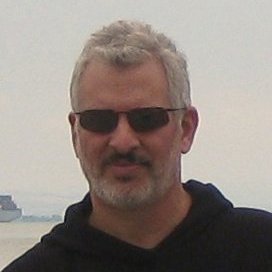 @Pat @freemo Senator in the safe seat? Sinema is 30 points underwater with *both* Ds and Rs. Sorry to rain on your conspiracy theory.

Manchin is in the relatively safe seat.

With a 50/50 senate, they can find anyone to be the blocker... trick the noobi into blocking; use the retiring senator who is quitting politics for a 9-figure job with that multi-national corporation he just buttered up.

And when they have a clear majority, like the Republicans did, then distract the voters with a big, orange fool, or get us into a war, whatever it takes.

We don't have anything resembling a democracy at this point.

@Pat @freemo Oh, and all the Senators for 7 years were able to keep this master plan perfectly secret.

>"Oh, and all the Senators for 7 years were able to keep this master plan perfectly secret."

These tactics are not a one-time plan, they're a mode of operation for Congress. They do these tactics in order shield members from making votes that constituents wouldn't like. Most of them don't want a bill to pass, but they get one member to block it. Or use any number techniques to make it look like they want a bill to pass, but somehow it never makes it and they blame it something else.

@Pat @freemo The reason I mentioned 2016 is because if you suppose some plot to keep Dobbs as a live issue in 2022-3, then were the Dems (many of them the same Senators) just as smart in 2016 when the genesis of the current situation occurred and thus foresaw it, or were they so stupid they got the Supreme Court stolen out from under them and just became smarter in the past year or so? Because it didn't take a genius to understand what McConnell was doing and the potential consequences. So did the Dems lose in 2016 deliberately in order to have an issue by which to hang onto the Senate by their fingernails in 2022, or is this whole conspiracy theory about wanting abortion as a political issue nonsense, much more simply explained by Sinema and Manchin being under financial (Sinema) and political (Manchin) pressure not to get rid of the filibuster? (Manchin's seat is safe only because he knows how to vote middle of the road in a state that went for Trump by 40+% in 2020.)

I don't think the move to deny Obama a SCOTUS pick was just for Dobbs. The GOP got young, loyal justices who are going pay dividends for decades. The Dems didn't lose the court via stupidity, they lost it to raw power. McConnell broke precedent and then used the nuke option to stack the court because he felt it was worth the trade. He exchanged a rook for a queen.

>"... simply explained by Sinema and Manchin being under financial (Sinema) and political (Manchin) pressure not to get rid of the filibuster?"

The filibuster precedent is already gone with regard to judicial nominations. To use it to fix a shitty decision by those SCOTUS picks is virtually the same thing. I don't think there is any pressure about that. I'm pretty sure it's about not wanting to pass the legislation itself.

Also, I mentioned the Dems not wanting to get rid of abortion as an issue, but the GOP also uses it too. Both of them want to keep it as an issue, for fundraising and as a potent distractor. But a lot them don't want to actually go on record with a vote for fear of losing future political maneuverability.

I honestly think I could count on one hand the number people in Congress who actually care about the issue beyond its mere political utility.