People who call themselves realists are often just dreamers who gottheir hearts broken somewhere along the way. 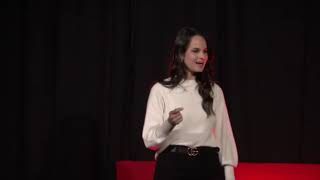 Pain is often a trampoline that will launch us into our next stage of life, if we’re willing to let it.

@Pat Well, this one is a cheap quip with an expensive reality behind it. Let me respond with a translation of a Dutch song text I happen to know:

because the most beautiful flowers grow at the edge of a ravine, to pick them you must dare to be afraid

“People who call themselves realists are often just dreamers who gottheir hearts broken somewhere along the way.”

This reminds me of another quote in a different context:

“Conservatives are liberals who’ve been mugged.”

Usually said by conservatives who consider themselves to be realists.

@Pat Oooh, this wakes up so many thoughts. Very good shot there! Thanks!

I am sure this would instigate a “culture war”, but I also truly believe that conservatism is primarily about fear.

Says somebody mostly voting for “center-right” in my geography 🙂

@freemo Well, we can argue about nitty-gritty semantics here, but I think you;ve got the definition “liberal” wrong. Liberal, in my book has not much to do with right vs. left. It rather is about freedom.

Conservative, in my world, has the opposite in progressive. Which to me screams “embrace the change”, or “do what currently is the right the to do”. In other words, don’t be afraid to step into the future!

semantic arguments are boring. The definition of liberal you just gave I would call either classically liberal or libertarian. When I see liberal used on its own I see it as synonomous with the left and if a word is needed to be a bit more granular then liberal = neo-liberal.

That said semantics are stupid. Lets just replace the words I used with democrat and republican so there is no problem with quibbling over definitions.

@freemo As I said, this leads nowhere. Whatever. I don’t care much for US-centric definitions of political concepts. I live in EU and gladly so. I am more interested in the original dichotomy of realists vs. dreamers. 😉

Yea us politics is a shit show for sure.

Lets just replace the words I used with democrat and republican so there is no problem with quibbling over definitions.

The “mugged” quote originated in the US way back in the latter part of the 20th century.

Words are constantly changing their meanings over time. Political terms are especially susceptible because opponents will often intentionally try to redefine the meaning of terms associated with their rivals, or they coop terms that seem positive for their own use.

Liberal started off meaning classical liberalism (Locke, Hobbs, Jefferson), then, in the US, the left cooped the term to describe themselves, hoping to gain positive vibes for themselves, even though their political philosophy was quite different. Later, the conservatives ran the word “liberal” through the toilet describing every ill on Earth as “liberal”, so then the left stopped using “liberal” and started using “progressive”, even though their ideas have nothing to do car insurance.

This is pretty much the same mechanics as the euphemism treadmill, and I agree.

This is pretty much the same mechanics as the euphemism treadmill, and I agree.

Yep, very much. Words naturally change meaning over time because of gradual misunderstanding or whatever, but in politics, it’s rapid and intentional.

@Pat @freemo I totally agree, it’s almost impossible to discuss anything political these days because of the fluid and by now also void definitions of all the political concepts. Each bubble repurposed the other sides definitions, ran them through a meat grinder and now two people speaking same words don’t mean the same thing and it’s almost impossible to even agree on the first principles.

Just to clarify what I personally mean under conservative vs. progressive, the best apolitical definition I’ve heard of recently comes from WaitButWhy series: https://waitbutwhy.com/2019/12/political-disney-world.html. BTW, I wholeheartedly recommend the whole series.

Progressivism = concerned with helping society make forward progress—positive changes to the status quo. That progress can come from identifying what you deem to be a flaw in your nation’s systems or its culture and working to root it out, or by trying to make your nation’s strong points even stronger.

Conservatism = concerned with conserving what is already good about society—either by fighting against the erosion of what you deem to be your nation’s strong qualities, or by pushing back against well-intentioned attempts at positive progress that you believe, in reality, will prove to be changes for the worse, not for the better.

BTW just a guess here but I suspect whatever side you are on are the “realists” and whatever the other side is is the “dreamers”?

Well, if we take politics out of this, I think you can reframe the discussion towards some shared objective around recognising that realists are concerned primarily with existing constraints seeing them as potentially insurmountable obstacles on the path to the objective, while dreamers would probably focus more on the end-outcome somewhat disregarding the obstacles, which might as well turn to be insurmountable, but dreamers don’t care too much.

In this sense, personally, I tend to be more of a “dreamer” than a “realist”.