What's wrong with this picture?

This is a frame from the movie "Exodus: Gods and Kings"

@Pat Mmm, I've tried looking up a few potential issues but they all checked out. So I don't know what's wrong with the picture. Tell us? :)

What issues did you look for?

@Pat Well, when I saw the picture my line of thinking went along like this:

- Did scale mail exist back then? *Searches* Mm, yeah, that's certainly possible. It was mentioned in a reign before this movie was set in.

- Okay, so, did they have those kind of trumpets back then? Yeah, there were even Egyptian drawings depicting that style trumpet. It's just that the ones with valves existed around 1800s. The medieval type trumpets already existed since Egyptian times. They're apparently called buisine.

- Ok fine. So, hairstyle. Is that normal? Yeah, the usual Egyptian style is often bald shaved (against heat and lice), and they often wore wigs. But they did have external influence, in particular from the Romans (almost typed Romulans there, lol), so that isn't really unthinkable either.

Am I overthinking this? :)

You're on the right track. It's something that doesn't fit with the historical facts.

@Pat The only one I can still think of is: Too many white people there? Other than that I'm out of ideas. I'm not knowledgeable enough to figure out if the decorations are all period-appropriate.

Ancient egypt was neither predominately black nor white, they were egyptian, including the slaves. Blacks and whites of course had visited the land but would have been an extreme minority. Therefore most of the characters here, who seem either white or black, would be out of place in any time period.

Spears were not particularly wide spread enough to be the common weapon of a palace guard either. They were used mainly to hunt and rarely (though not absent from) the military.

DNA evidence shows that Ramses III had Y chromosomal haplogroup E1b1a1-M2, and ancient Egyptians in general had E-M2, which originated in western Africa.

Also, contemporary paintings from the time show that people were dark-skinned.

@Pat @freemo
I only know that there was a great diversity among pharaohs. There were Nubians (around 700BC-ish) and even Greek Macedonians. So, black or white wouldn't have mattered terribly much for the Egyptians methinks.

You can find individual exceptions among pharaohs and even the Egyptian culture, sure. But these are exceptions and not the norm.

Historically, science tried to categorize by race, but now that has been rejected. They study specific phenotypes and trace the origins and migration of those genes.

You are right about the variation of skin color. Melinen content varies by latitude (or more precisely by insolation) and takes about 10,000-30,000 years to change in a population (from what I remember). The haplogroup I mentioned originated about 30,000 years ago in west Africa, so likely ancient Egyptian's skin was lighter than in central or west Africa.

But ancient Egyptians (<~1500 BC) definitely were not Welch or any other ethnicity north of Rome, which is the ethnicity of the actors playing those parts.

It not just the numbers of black people in film, it's how they are represented.

Rarely is a black person cast for a leading character who is, for example a Wall Street banker or in a position of authority or dominance over a character played by a white person. If a black actor plays a boss, it typically is a "mean boss" or one who is in opposition to the protagonist.

Or black people are rappers, janitors, criminals, slaves, soldiers, boxers, cops, etc. Or they are killed off early in the film. Even black extras are slighted in films, often placed towards the edge of the frame or blurred out or a white extra walks in front them. It's rampant in Hollywood, and it's not just unconscious bias -- it intentional.

Pick your favorite five films and look at them though that lens. You'll see. 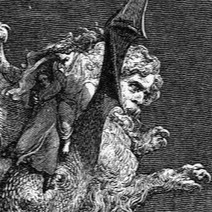 travis @travis@pleroma.xmanifesto.club
@Pat @freemo @trinsec are nice bosses a thing in movies in general? The only movie i can think of with a nice boss the boss i potrayed by a black female.
1

I meant that the movie awards are a kind of tokenism, to attempt to show to the world that Hollywood isn't racist, but when it comes to actually changing things in the films, actually showing positive images of black people in movies, filmmakers generally don't do that.

Racism in Hollywood has changed over the years. Older films were more explicit about it, but newer films are more subliminal about it. They use some the techniques I mentioned early and many others.

It also waxes and wanes over time. During and immediately after the very rough times of the 60s civil rights conflicts, Hollywood made an attempt to clean up their act, but that quickly faded away. During the Obama administration there were a lot of really ugly, subliminally racist films that were released. Now following the BLM movement, there are better films just being released.

Overall, Hollywood has a long way to go to get anywhere close equitable treatment of people of color.

Go back and look at that image I posted -- a bunch of white people in positions of power, while black people are in the background, off to the side of the frame, carrying spears, playing a horn (stereotypical images). This is the more subliminal racism you see in films these days.

travis @travis@pleroma.xmanifesto.club
@Pat @freemo @trinsec @cnx @icedquinn if its suppose to be cleopatra and mark anthony its rather accurate to the situation, they were greek despots ruling in a foreign land that happens to be in africa. This still doesnt repair the lack of quality in your comment related to bosses. Bosses in general are potrayed in a bad light in movies, It might be tokenism and racism to make the black boss good in all honesty.
1
Oct 16, 2021, 20:34

I mentioned about a dozen different techniques and stereotypes, not just the boss thing. The point is to pay attention when you watch films. See how black people and other people of color are portrayed. If you really make a point of seeing it, you will see it.

travis @travis@pleroma.xmanifesto.club
@Pat @icedquinn @cnx @freemo @trinsec no one is actually color blind, color blind is just a 90s method to dismiss accusations of racism. But I am rather tired of accusations of racism. They never end and equality wont end them. People are racist by nature. How they act on those feelings is up to them, and pointing out racism in a machine designed to control and subvert people no matter their skin color in the name of mammon is sort of funny. People of all colors and creeds starve on the streets and have lost all access to help and community, but what we really need to worry about is how many black oscar winners there are and how the ultra rich feel about the jobs they get.
1
Oct 16, 2021, 20:49

I agree that inequality of opportunity and disrespect in general is bad and that we need to work at eliminating all prejudice.

I disagree about racism being natural. Recognition of in-group and out-group members may be part of evolutionary psychology (I'd still need to see more evidence of that), but racism, that's taught to people over time. Just defining what characteristics constitute "race", is something that is taught to people starting at a young age.

travis @travis@pleroma.xmanifesto.club
@Pat @icedquinn @cnx @freemo @trinsec but its a habit beyond being fixed with basic education. People can grow up naturally hating people based on any trait from a singular experience.
0
Sign in to participate in the conversation