So the democrats managed to elect the first president in my life time who fought to keep schools segregated. The saddest part of that is they arent even ashamed of themselves right now.

@freemo Most won't even admit the election irregularities. "There is no fraud."

We're watching politics get much closer to religion.

mew @mewmew@blob.cat
@djsumdog @freemo how long are you gonna be a sore loser about this 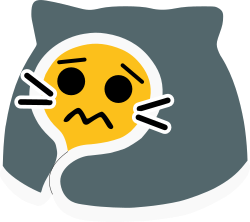 @mewmew
I have heard democrats talk about election fraud being a rampant problems for decades and spent most of trumps presidency trying to prove it to be true. After spending four years insisting the election system is rigged now all of a sudden the system is infallible?

Don't get me wrongs i dont think its rigged, i wont dismiss it, but i want to see evidence and i have yet to see any.

I am just more concerned with the hypocrisy of a party that spent 4 years trying to go to court to get Trump kicked out for election fraud with no evidence is now all of a sudden completely offended when trump does the same and has been at it for only a day?

mew @mewmew@blob.cat
@freemo @djsumdog what you have said here is so far from anything resembling reality that I'm not going to argue against it, there's nothing really substantive
1
Nov 08, 2020, 06:57

Argue against what? I made no claims other than pointing out the democrats spent 4 years trying to impeach trump for, in part, election fraud... If you really think that doesnt resemble reality then you arent in touch with reality yourself clearly.

mew @mewmew@blob.cat
@freemo @djsumdog no, they haven't, if you thought they had been trying to impeach him for election fraud you have not been paying attention at all. Democrats didn't claim election fraud, Clinton didn't claim she won the election, Democrats didn't sue MI, WI, PA. You're just making up bullshit to try to paint them as hypocritical.
1
Nov 08, 2020, 07:06

@mewmew
What rock have you been under where you dont know about the claim the russians interfered with the election to get Trump elected? It basically circumvented the usual legal cap we place on campaign financing if the russians did interfere. So yes that would be election fraud.
@djsumdog

You're being incredibly dense here. These are totally different things. Democrats agree that Trump got more votes in MI, WI, and PA than Clinton did in 2016. They never disputed that. They never claimed that their ballots were thrown out.
1+
Nov 08, 2020, 07:14

@mewmew
I never said they did. Election fraud is not limited to the counting of ballots. By definition it is any illegal process that causes one person to get more votes than they otherwise would. You simply incorrectly assumed that my statement was supposedly about vote counting.
@djsumdog

mew @mewmew@blob.cat
@freemo @djsumdog ah, so your argument is "Democrats cared about campaign finance violations, why don't they care about Trump's temper tantrum over losing"

This is such an idiotic argument. "why are Republican caring about election fraud now when they claimed there wasn't any for the past four years when Democrats tried to investigate" is an equally fair (in the sense that it's absolutely nonsense) argument as the one you used
1
Nov 08, 2020, 07:27

Nope not my argument at all.

You do realize quotes are supposed to be used for things people have said right, not imaginary things you want to argue over that you think they said but didnt. I can see now where that disconnect from reality comes from if you cant even correctly reiterate what i said moment ts ago.

Probably best, and far more polite, to ask for clarity when you struggle to understand a persons point rather than whatever nonsense that just was. Come on your better than that dont start acting like those clowns all of a sudden.

@freemo
I think @mewmew's point is that interfering with the elections by disrupting social media and financing violations, and actually interfering in the vote counting process are so different, that comparing them is unreasonable. In particular, the former is massively easier to do, and thus more likely a priori. These are also related to very different parts of the election process — the former requires a lack of trust in the honesty of the Trump campaign, and the latter a lack of trust in the integrity of the voting and vote counting process.

Besides it's strange to criticise Dems in this case, since it turned out they were right. If it later turns out that they were also wheeling in Biden votes to counting centers, then the comparisons still won't be equivalent — although in this case because interfering with the counting directly is much worse. So far this seems extremely unlikely.
@djsumdog 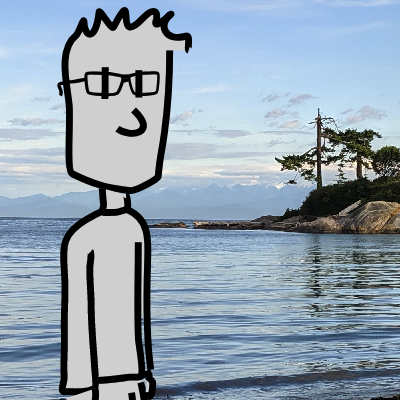 @freemo @mewmew @djsumdog I didn't understand there to be any real question about election fraud or irregularities in the 2016--it was about foreign interference. Misinformation and that sort of thing, not forged/lost/whatever ballots.

It's only been Trump calling into question the actual electoral process, a couple of his more fervent acolytes, and more established Republicans--except some of those of the most flexible convictions and personal codes--are edging away from him.

@dlek
Thats correct. Election fraud is not limited to counting votes. In this case the election fraud would be due to circumventing the laws around elections wrt advertising and campaign funding since the russians were basically accused of campaigning for trump and using tactics that do not follow the election rules. So would still be considered election fraud.
@mewmew @djsumdog 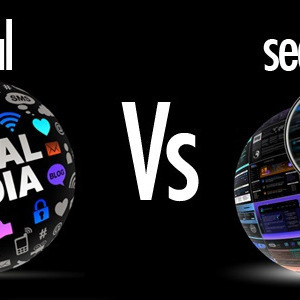 >It’s only been Trump

50,000+ Trump rally-goers have been converted to #StopTheSteal protests Entire right-wing parallel media has put out the call for videos and informal testimony and county total auditing. 600+ lawyers are compiling the serious ones into sworn affidavits and witnesses willing to testify.

News flash - if we don’t have ELECTION INTEGRITY we don’t have a country. You cucks need to HOLD THE LINE. It’s well-acknowledged even by your own side that dem inner city machines are 100% rigged in every election. If anything you should be greatful that Trump will expose the rigging that your own populist, Sanders, never had the stones to call out (and therefore let his inner city people suffer even more).

also candace owens is an idiot who created a site to dox people, then got mad people doxxed her and blamed it on the left without evidence. "blexit" is an astroturf and all the others your listed are Trump sycophants
1+
Nov 08, 2020, 15:28

>NOBODY SUPPORTS TRUMP gets btfo with huge list >THEY DONT COUNT 2a, bitch

>TRUMP IS RACIST gets btfo with huge list >THEY AINT BLACK 13a, bitch

>ANTIFA MAKES A HUGE ENEMIES LIST IN THE NAME OF FASCISM gets btfo with counter huge list >HOW DARE SOMEBODY GIVE ME A TASTE OF MY OWN MEDICINE 1a, bitch

Hyolobrika @Hyolobrika@counter.fedi.live
@mewmew @search_social @djsumdog @dlek @freemo
> can you not read a full sentence?
False.
The entire sentence was "It's only been Trump calling into question the actual electoral process, a couple of his more fervent acolytes, and more established Republicans--except some of those of the most flexible convictions and personal codes--are edging away from him.". Try reading it (hint: it says they are "edging away from him")
1
Nov 08, 2020, 15:31

>”except some of those of the most flexible convictions and personal codes” The sentence is literally “NOBODY SUPPORTS TRUMP (except for everybody that does).” It’s a motte-bailey fallacy intentially constructed to imply there is no support for ELECTION INTEGRITY but to falsely pretend with a tiny disclaimer nobody reads that actually everybody supports Trump.

>your point is? Point is it’s a demoralization attack and I’m remoralizing the people falsely demoralized by it.

Win or lose, there WILL be a stand for ELECTION INTEGRITY. Fight, support those who do, or get the hell out of the way.

mew @mewmew@blob.cat
@search_social yeah, election integrity is going to show you losing by millions of votes, and failing to win MI, WI, PA, NV, AZ, or even GA. have fun with that.