Kytaea, Wyfe of Kolyttus @LuKthu@freespeechextremist.com
Dr. Freemo,
I am duly impressed with the population of pupils that you've managed to accrue. Who would have thought that Quantum- would have become such a vogue prefix in these times?

Perhaps the lack of interest in the field revolves around my institution's mistake in not taking advantage of such sentiments. We really ought to rename the department; Quantum Mathematical Physics.

This must indeed be the gateway to prestige. Thank you very much for the dissemination of such wonderful notions.

With that being said, welcome, new Quantum Mathematical Physics students!

@LuKthu Sorry P appears to have blocked my personal IP from viewing FSE content. So while I can interact through the website I can not, unfortunately, view any images you share with me withough firing up my vpn

Kytaea, Wyfe of Kolyttus @LuKthu@freespeechextremist.com
Dr. Freemo,
I'm sorry to hear that and a tad bewildered. I expressly joined this particular instance because the description professed a fixation with free speech. Perhaps I'm misinterpreting the situation.

Tor exit nodes do not appear to be blacklisted, for your future reference.

The image was just a short excerpt from, "de Sitter vacua from uplifting D-term in effective supergravities from realistic strings," by Achúcarro et al. You may view the full text on the arXiv ( https://arxiv.org/abs/hep-th/0601190 ).

Hopefully this is mended if an error ( @p )?

pistolero :thispersondoesnotexist: @p@freespeechextremist.com
@LuKthu @freemo I'm not sure what he's talking about. It probably is a mistake unless he was scraping us, but the more likely explanation is he's making it up.

It is possible that there was a mistake, however. There are a lot of things that get traffic dropped from any given IP address: if they participate in a DDoS (it is extremely unlikely he falsely triggered that, but could have happened during the last big DDoS when I manually intervened) or if they try to brute-force the root password. If that's the actual case, he can wait until it expires or DM the IP he wants removed from the list. I'll un-mute him (I have him personally muted) in the off-chance he's got a legitimate issue and would like to remedy it.
1
Jan 15, 2021, 14:38

@p
Its actually when i click the image to view the toot on/through the fse domain itself that i cant see it. I can see it through ovh.
@LuKthu 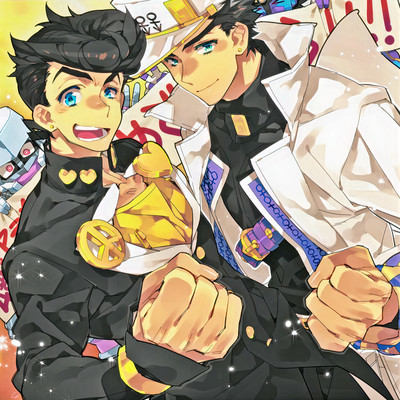 ‌卍 @jojo@jojo.singleuser.club
@freemo @p @LuKthu
Why are you talking to my father when you know he hates you?
1+

Because he tagged me first?

> Because he tagged me first?

Lies as usual, the first time either of us tagged eachother was you, tagging me, in this message:

Not that I particularly care, but your penchant for lying to try to start shit all the time is getting out of hand. I had no intention or interest in you entering the conversation, and at no point did I tag you until after you tagged me (which you were brought in by LuKthu).

pistolero :thispersondoesnotexist: @p@freespeechextremist.com
@freemo @LuKthu @jojo Like I said, if you have an action item, let me know, otherwise I do not care what you have to say.
1
Jan 15, 2021, 18:52

Kytaea, Wyfe of Kolyttus @LuKthu@freespeechextremist.com
@p @freemo
Mr. p and Dr. Freemo,
apologies for causing more tension between you two. I sincerely did not intend to cause any aggravation.

Hopefully long into the future, when we've all cooled off, we can forgive one another and forget. Life's much too short to tussle over menial, historic events.

I'll ensure that my pupils endure at least thirty lashings to atone for any grievance I-ahem, we have caused.

pistolero :thispersondoesnotexist: @p@freespeechextremist.com
@LuKthu @freemo Ah, no problems. Dude rubs me the wrong way but whatever he wants to do is fine; I would prefer he not bother me.
0
Jan 15, 2021, 20:30

I offered to bury the hatchet and treat each other respectfully last time, shake hands and move on. As I have in the times before as well. But he seems intent on perpetuating nonsense for no reason. The offer remains of course, but its unlikely at this point he will take the offer.

As for you, dont worry about it, he seems intent on starting drama every time he sees my name, regardless of if you or anyone provokes him. Your good.

pistolero :thispersondoesnotexist: @p@freespeechextremist.com
@freemo @LuKthu This is hard for you to process, I guess: there is no hatchet. You're the only one with some kind of chip on your shoulder. I just don't want to talk to you. You are unpleasant.

After several requests that you state your business or fuck off, I'm going to assume that you don't have anything important to communicate and you'd rather go back to arguing with people by accusing them of having small dicks.
1
Jan 15, 2021, 22:29

I was talking to @LuKthu, not you. stop pretending just because you happen to be in the thread somewhere that every message is addressed to you, and then start drama over it. No one cares about your little drama show move along.