@QOTO this is my third test message

@freemo I'm pleased to say that my IRL friend @Peyman_majidi has just joined QOTO. I recommended he check out our instance on the basis of his engineering background and interest in data science.

@Peyman_majidi I hope you have great conversations here - in particular with @freemo, the administrator of the site as well as a data scientist himself. Welcome!

Every day @users posts some reports similar to this one - here are some annotations to help you understand why they have the shape they do.

tagging @freemo since he's mentioned in the image

@dragfyre Just want to bring to your attention that the IRC bots (SubWatch and BahaiFYIBot) seem to have disappeared from the channel. If you're already aware of this, please disregard.

The story of the first girls' schools in #Iran, which began operating at the turn of the 20th century at the behest of #Bahai spiritual leader 'Abdu'l-Baha.

"...the higher access for #women's #education observed in today's Iran is the result of that #development effort made more than a century ago."

@dragfyre Hey bahaibot on reddit is all of a sudden posting a lot of biographies to the history subreddit. Looks like it's been going off pretty close to every ten minutes for the last hour. I have a guess you might run that bot too - is this the intended behaviour?

Hey @freemo the web interface looks to have changed recently. The "read more" link used to expand a long status in-place; now it just loads it in the rightmost column. Any way to bring back the old behaviour? If I want to load a status in the rightmost column, I'll click the body text itself. If it matters, I'm using the material theme.

This week I discovered the ηMatrix browser add-on. It presents a nifty user interface which gives you fine-grained control over what each website is allowed to transclude from other sources. You whitelist the elements that are necessary for the website to function, and leave the rest blocked. In particular, this makes it really easy to block things like those annoying modal dialogues that adblockers don't cover - but it can function as an adblocker or noscript in its own right.

This post (as with all from this author) doesn't appear on QOTO's local timeline when I'm logged in. Nor do I see it when using the "See what's happening" feature while browsing the web interface and logged out. It looks like it's set to public, so I'm surprised it's not appearing. Any thoughts? This seems similar to the behaviour with the bots from last week - but now it's affecting local accounts.

Hey @dragfyre, for some reason, I only see a small subset of @bahai's and @bahai_wiki's posts from my account, but many more (I presume all of them) when I visit the page directly in a browser. The problem seems to have started around 4 March 2020. Do you have any idea what might be happening here?

I've recently noticed a number of media outlets capitalising "Black" when referring to a person's race. Here's an example, from a CBC story:

"Officer Garrett Rolfe fatally shot Brooks in the back after Brooks fired a Taser in his direction while running away after a struggle with officers outside a Wendy's restaurant on June 12. Rolfe, 27, is white. Brooks, 27, was Black."

Here's another, from FiveThirtyEight:

"Some political science research shows that Black people vote at higher rates when a Black candidate is on the ballot, although that finding is somewhat contested, and that research is about voting for a Black candidate, not a white candidate with a Black running mate."

This is an error in English because "black" doesn't derive from a proper noun (unlike "African" which does). However, these are both fairly respected news organisations - the CBC in particular is supposed to serve as something of a language model - and the pattern is consistent enough it's clearly intentional.

Would anyone care to offer any insight as to why the writers or editors are deviating from conventional English practice here, and selectively so (note that in both examples, "white" is not capitalised)? I'm specifically interested in the reasoning from their perspective; if all you have to contribute is "the media is full of liberals" then you're not going to advance the conversation much. 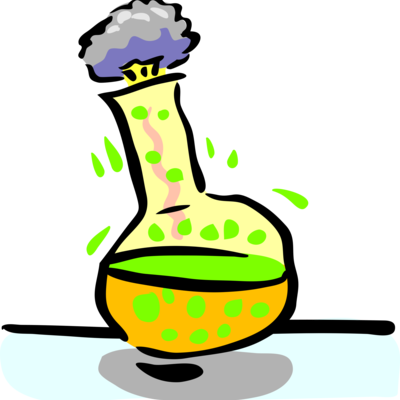 Get it while it's hot!

Wait so if Gab isn't on the Fediverse any longer, is there a likelihood of QOTO reconciling with the instances that blocked us for not blocking Gab?

Here's another handy rule for your XPath-aware adblockers, to improve your viewing experience on QOTO.

By default, when you create a filter in Mastodon, any matched post is replaced by a useless stub - you can't expand it to see the original post, you can't dismiss it, you can't do anything but leave it there. Each stub takes up less space than the original post, but many of the nuisance posts you'd want to filter come in swarms, so it still ends up occupying a big chunk of screen space.

Here's a rule to remove those stubs. To the viewer, they're invisible, but the original text remains in the browser's memory in case you want to have a look.

Workaround for MIDI issue in Mint 19.3

I know #LinuxMint 20 is due to be released soon, which will obviate this issue, but today I figured out why 19.X versions based on Ubuntu 18.04 don't play MIDI files correctly. Turns out Fluidsynth has a bug (332) which results in it being unable to find the default soundfont. Since the default media player Rhythmbox relies on GStreamer, and GStreamer uses Fluidsynth to play MIDI files, this propogates down the dependency chain. This bug was fixed a while ago, but the version of Fluidsynth available on 18.04-derived platforms is rather old. The fix is to grab a newer Fluidsynth and its associated dependencies from the eoan or focal repositories.

Looks like it was due to shifting to weekly rather than nightly builds, combined with dropping one due to their signing problem. I just found it a little disconcerting going from a new release every night to nothing for thirteen days in a row.

Now all that's left is to wait for my device to get promoted to 17.1.

@freemo I notice that many of the ads I've seen this week are posted by accounts with the bot flag set. Since it's already in the server rules that bots may not post to the public timeline, can the server be configured to automatically detect and report such posts and mute them pending your review?

If it's a spambot you can suspend the account, if a legitimate bot you can warn the owner to post unlisted, and if a real user you can let him know he needs to unset the bot flag on his account.

Does anyone know why there are no new #LineageOS downloads in the past four or five days? The website shows a history of nightly builds that cuts off after 24 March or 25 March.

It seems the 17.1 builds suffered from a signing problem this week, but it's not clear what happened to the 16.0 builds. Are they affected by the same bug? Discontinued as development shifts to the newest version? Paused due to the virus-fighting measures imposed around the world?