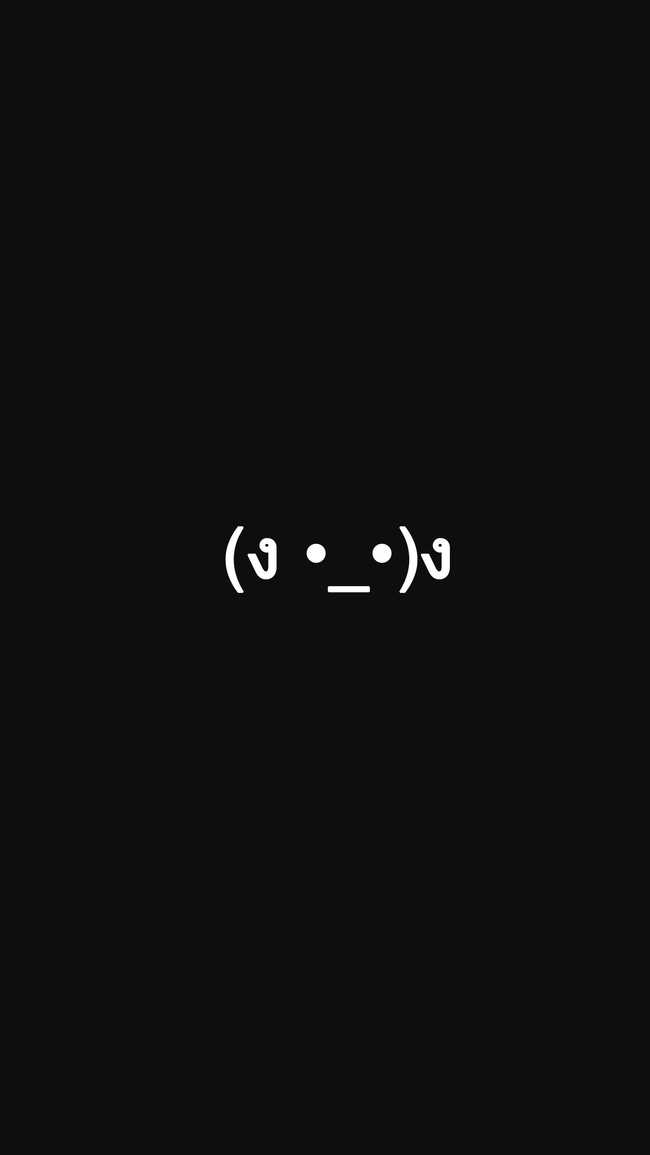 I'm an aspiring human being who loves all things logical and clean. I love programming and analytics. I also like dairy products and surfing. Although they're not clean. So I guess I'm a hypocrite too. I extrapolate when I'm bored. I've been told I should contribute more to society, so if you feel you can improve my understanding of anything, please do so.

Drowning with the pretty in the city of sin, come breathe with me, let's go for a swim. 😈

Got this gem in the beginning of the year.. not sure if I got bingo or not..

Well, I guess that's the end of that!
I've been stressed, so I start scrolling this magnificent place. I find a great article someone posted. I open and start reading. Bam! Subscribe to continue reading. Go back to Qoto, happens again. Now I'm more stressed. I'm starting to understand how some people go to TikTok and let it ruin their brain, cause it feels good. *Sighs* this place is supposed to be ad free. I'm betting some of these robotooters are just paid promoters. </rant>

Mid programming, my brain randomly starts thinking "they're gonna reboot Indiana Jones I bet", and I start pondering interesting choices for a new Indiana. They're absurd, but interesting.

Hit me, I'll hit back
If this world's going to fuck me
Go hard, make it fun

Hmm.. I wish people here would post original thoughts, I appreciate those. It seems there's a lot of people googling stuff, and just sharing it. While I'm not opposed to an automatic search engine, it seems like people are just piping other peoples piping for notoriety. I'm pretty good at using a search engine too, but I don't think it's anything anybody really deems an admirable quality.

If you got some spare time I'd love to hear some opinions.

This is how my brain works, oppression only works if we recognize its validity. We might completely disagree with it, yet if we accept it's application, it's still valid. However if we don't, we have additional options. It seems to me, that the oppressed are oppressed by choice. While all options have consequences, consequences are in themselves options.

1) If life isn't fair by nature, why do we futility strive to make it fair?

Entropy is universal, there will be more destroyed than created in the long run. So we treasure and induce the creation events, full well ignoring the fact that it will accelerate destructive events.

2) Why are people still surprised at the destructive events?

Number 3 is for you..
Who are you giving your options to? If you don't even recognize they exist, when others take them, why get angry at them? Isn't it your fault to begin with?

Number 4 is for everyone..
Wars have always existed, world wars existed the moment they became possible.. will there ever be a third world war?

My number 4 answer: As long as we continue to give our options to others. Bias is just as eternal as war. To give your life for a good cause honorable yet foolish, to use your life for the creation of good causes is just honorable. I don't think this is probable at all. Too many people with their face buried in their phones to see the real options around them being taken away. WWIII, WWIV, WWX, will all happen, probably even a WWM. The herd might thin out but the animal will still be the animal. The people with the ability to survive aren't the saviors, they're the causes.

We need to stop applying non organic geometry to organic sciences. Want to know why pi never ends? Because all things are in motion, ever expanding, ever contracting. Circles do not exist, they're purely informational. All circles are simply fragments of spirals from a third dimensional perspective. When observed across 4 dimensions, it's always a spiral. This means there's 2 questions that need to be asked. If space and time have 3 arrays to be perceived, and time is a correlation of space, isn't it safe to presume time also contains 3 arrays? We seem to be caught up with only 1 of them. Any ideas on what the other 2 could be or how we could observe them? 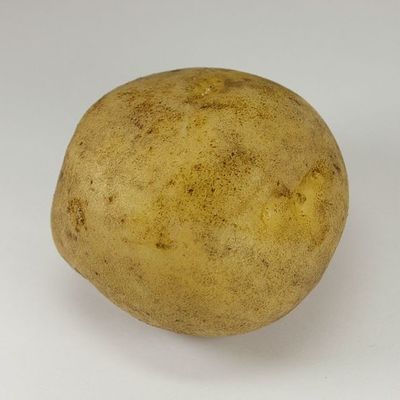 @skanman Idk if it's with arrogance. To me it seems ambiguity is the problem, but it's hard to reduce without so much text people might not want to participate because too much to read.
In the end, i guess actual science takes effort.
Maybe less answers, but clearer in consequence. Then repeat for different aspects (like now/later or money/ability)?

The main goal of this article isn't to influence you to build your applications my way, it's to illustrate that programming is a creative business, and following everyone else's instructions only leads to building what everyone else has already built. You might make a lot of money building stuff out of Legos, but you won't make more than the guy who created Legos.

Frontends are more dynamic than ever, here's a wild idea to make backends just as dynamic.

Instead of storing your custom modules as files, store them in a standalone database. The code can be executed by the eval method.

Code optimization plans become simpler, you can use database reporting tools to see what code is being called, and how often.

Using an object based database such as Mongo or Maria, has the ability to run in cluster mode, which allows event listeners to be attached to the database. This makes building a cloud IDE that allows collaborative real-time development (like Google Docs) much easier to build.

The above allows for automatic code versioning and developer tracking.

The above also allows for the ability to catch errors, and try to run previous versions of the same code when errors occur.

Development of AI becomes simpler, code fragments can be stored and dynamically assembled in real-time when needed.

Server efficiency is improved greatly as node instances run in a process thread. A user that is only using certain features of the application, isn't loading the entire application into memory, shrinking the size of that users thread. Threads become more dynamic.

If a data intrusion takes place, your source code is protected by requiring access to a separate system inside the LAN creating an extra layer of protection.

This can be made super secure by creating private keys that are not accessible to even the admin of the node server because they are dynamically created by the process threads independently in conjunction with the database server, this code is served to the node server also from the database, but from a different user.

Application updates in real-time, while the user is using the app.

The most beautiful pro yet, if platform as a service is your goal, your applications can borrow code from each other in an extremely simple way.

You'll be a rebel.

Development occurs inside a database. Can't use VIM, Nano, or even VSCode to edit, requires a custom cloud based IDE. NOT THAT HARD TO BUILD OK?

The eval method is insanely dangerous, it executes code from a string. The core of the application must be write protected in production, and argument validation strictly enforced.

This is a new concept for a node application architecture, there isn't much of an online community supporting it.

NPM modules must remain outside the database due to dependencies. I'm currently writing a module to import and manage them into the db.

You'll be a rebel.

If you've read this far, I hope these ideas have inspired you to branch out more in what you develop. We have have so many tools.

Unfurl unfolding
Secret truths written inside
Reveal who you are

This poll will give a much better understanding of society. Please boost to get the numbers up. TIA 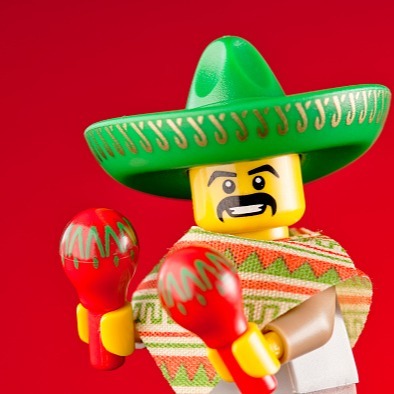 Hombre Lego Mexicano @Grandtheftautism@freespeechextremist.com
If a dog digs up a bone in the back yard, what does that make him?

This poll will give a much better understanding of society. Please boost to get the numbers up. TIA

Time is money, no, no it's not. I can always make more money, but once my time is gone, it's gone for good.

Basement Jaxx + Metropole Orchestra.
No weekend of code without this in the list.

Ooooh preparing to binge code for 48 hours straight. By Monday, I will be the halted memory exception.

It seems like the whole act of searching itself creates bias.
How do I stop from becoming bias in my research?

I'm an aspiring human being who loves all things logical and clean. I love programming and analytics. I also like dairy products and surfing. Although they're not clean. So I guess I'm a hypocrite too. I extrapolate when I'm bored. I've been told I should contribute more to society, so if you feel you can improve my understanding of anything, please do so.