Former biologist, current Information Security Engineer, wannabe amature #Movie and #Television Pundit. I post mostly about the latter. I enjoy #BuffyTheVampireSlayer more than and adult hetero male is supposed to. I play video games poorly. Lifelong #MiamiDolphins fan. I struggle with #depression and it keeps me from doing many things I'd like to do. #Godzilla fan. Get ready for pictures of my #dogs. Twitter migrator, twitter handle is @themcluster. My bio is evolving.

The first picture is this is AI art created from the following prompt:
"A Happy Boston Terrier laying on a tile floor with a green squeaky toy in the shape of a bone in front of him."
The second picture is the picture of the late, great #Buster that I was describing.

Set to open on July 11, 2025, “Superman: Legacy” will mark “the start of the #DCU,” as Safran put it, but it will not be an origin story of the proverbial Man of Steel.

“It focuses on #Superman balancing his Kryptonian heritage with his human upbringing,” Safran said. “He is the embodiment of truth, justice and the American way. He is kindness in a world that thinks of kindness as old-fashioned.”

Gunn is writing the project, and Safran said he hopes Gunn “can be persuaded, perhaps, to direct it as well.” (Gunn, sitting right next to Safran, remained uncharacteristically poker faced in response.)

Warner Bros. Discovery CEO David Zaslav made no secret that rebooting Superman was a top priority for the company as he spent much of 2022 searching for the right leaders for DC Studios. So it’s little surprise Gunn and Safran are turning to the most recognizable superhero in the world to lead the charge for the DCU.

“‘Superman’ is for everyone,” Gunn said. “That’s a four quadrant film that should speak to everyone in the world.”

Cindy Williams, who played the cheerful but demure Shirley Feeney in the popular TV sitcom “Happy Days” and its spinoff “Laverne & Shirley,” has died. She was 75. https://trib.al/Fv2ykuO

This dude threw away the #superbowl on a STUIPID, STUPID, BONEHEADED decision.

I really want to see the #Bengal's pull this off.

When the sharpest words wanna cut me down
I'm gonna send a flood, gonna drown 'em out
I am brave, I am bruised
I am who I'm meant to be, this is me
Look out 'cause here I come
And I'm marching on to the beat I drum
I'm not scared to be seen
I make no apologies, this is me.

His performance in The Banshees Of Inishirin was pretty phenomenal. All of them were really. 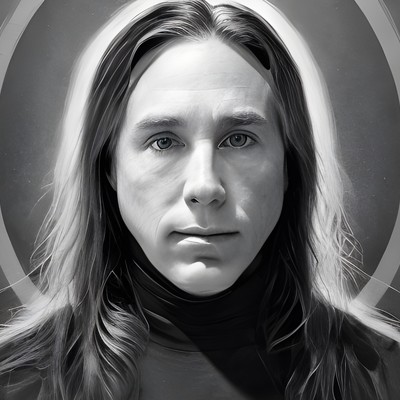 This is always a fun #Movie to revisit.

OK - #M3GAN did get better. But while I did have fun watching it, I can't call it good. It's cheesy popcorn fun at best. I laughed in a lot of places I am pretty sure I wasn't supposed to. It's less Chucky than it is Talking Tina.

I asked ChapGPT to write a tragic story about a retired #DarthVader. I was not disappointed. 😂

Once a powerful Sith Lord, Darth Vader had retired from his life of violence and oppression. However, years of indulgence and a lack of physical activity had taken their toll on his once-imposing form. Vader had grown overweight and out of shape, and he could no longer fit into his iconic suit.

To cope with his regrets and loneliness, Vader had turned to alcohol, becoming a heavy drinker. His once-fearsome presence was now that of a slovenly, bloated figure. He spent his days lounging in his palace on Mustafar, surrounded by empty bottles and takeout containers.

Vader's descent into drunkenness had also made him a terrible person. He was prone to outbursts of anger and had little regard for the feelings of those around him. He would often belittle and berate his loyal stormtroopers, and he had long since lost any shred of the compassion and morality he had once possessed.

To make matters worse, Vader had developed a troubling flatulence problem. He would often release noxious gas at inappropriate times, leaving those around him gagging and trying to flee the stench.

Despite his fall from grace, Vader could not bring himself to care about his deteriorating health and relationships. He was consumed by self-pity and a longing for the power and respect he had once commanded.

As he lay dying alone in his palace, his only companions being his bottle and his flatulence, Vader realized too late the true cost of his actions and choices. His legacy was one of destruction and misery, and he was remembered as a monster rather than a hero.

James Cameron has expressed interest in making an #AlitaBattleAngle sequel. I loved the first one. Are you interested in a sequel? (Please boost for better sample size)

Former biologist, current Information Security Engineer, wannabe amature #Movie and #Television Pundit. I post mostly about the latter. I enjoy #BuffyTheVampireSlayer more than and adult hetero male is supposed to. I play video games poorly. Lifelong #MiamiDolphins fan. I struggle with #depression and it keeps me from doing many things I'd like to do. #Godzilla fan. Get ready for pictures of my #dogs. Twitter migrator, twitter handle is @themcluster. My bio is evolving.