So we’re moving to a new, more spacious #flat soon, and I want to have a political world map covering an entire wall. That’s been a desire of mine for a while.

Does anyone know a place online to order such a gigantic poster? Or, do you know where I could find a very high-res #map of the world that I can chop, print, and stick on the wall piece by piece?

(I live, and will continue to live, in the #Madrid metropolitan area, #Spain.)

#Madrid (🇪🇸 #Spain) is the most liveable #city in the world, and the 9th best city in the world overall, according to the Mori Memorial Foundation’s “Global Power City Index” 2021.

Antonio Escohotado, one of my dearest intellectual heroes, died today 😢

He was a true erudite, a polymath, and a free soul.

He devoured the classics, opposed dictator Franco, was the fiercest of Communists, pioneered the hippy revolution in #Ibiza, travelled the world, studied and experimented with most drugs known to mankind, changed his views, lectured #philosophy, taught himself a few languages, became the most articulate #liberal, wrote the definitive tomes on a variety of scientific subjects, changed his views again, and shared it all along the way.

What I admire the most, though, is that he read everything under the sun. Primary sources, secondary sources, biographies, commentary. And he seemed to remember it all. #Escohotado set out to deeply understand something — be it #theGreeks, #drugs, #economics, #ChaosTheory — and damned studied every single relevant page there is about the subject, tirelessly, for years, until he emerged with the most robust of opinions about the topic, and a comprehensive view in the form of a new #book.

I am very inspired by him to always freaking read the classics, and the sources.

And I have always lamented that his fame in the English-speaking world wasn’t commensurate with his many merits.

His last months were the chronicle of a death foretold: he chose to leave, and did so in his own terms, with dignity, in his beloved Ibiza.

I went to see him at public events here in #Madrid a couple of times. He was a giant, some unfortunate views or quotations notwithstanding.

I miss him already. 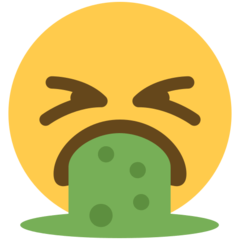