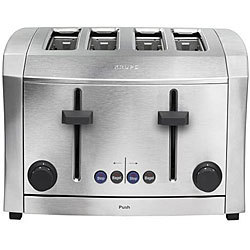 So I just learned its a thing in germany to have these special sinks for puking in at pubs for when you get drunk... why am I not surprised.

Random question, hoping for interaction ☺️
Do any of you have specific dreams (nightmares) when they are extra stressed.
Due to some life crap combining at the moment I am quite stressed. And I’ve noticed that my reoccurring nightmare always is the same: “I’m back to being a first timer high school student- 12/13. And I have to navigate all these classrooms and new schedules in this humongous building. New teachers, tall older kids. The room numbers are always in the hundreds, I’m always late”

So I recently got a few thousand boards printed up for my protoboard design. Tested them on a few circuits and im amazed how well they work. I'm writing the datasheet now and we will begin selling on digikey, mouser, and many other big names soon.

In the meantime any EE people out there want a free board? We are going to hand out a few hundred for free to get people interested.

Here are some past posts I made about it for some background info. I've also attached an image of the final boards.

So I have been having a lot of fun using Spacemacs (Emacs + Vim) lately as my new IDE. Its a game changer for sure. One thing I find particularly fun is the "pretty-mode" extensions I managed to program into it (had to write my own layer that I derived from some existing code). I'll explain each aspect of pretty-mode in a second but first check out some screen shots at the bottom of this post to see what it looks like.

If anyone wants to replicate my configuration the full setup is here: https://git.qoto.org/freemo/pretty-spacemacs

Pretty-git is the most functionally useful of them all. When you make a git commit it helps you format your git message using the standard format where you start with one keyword classifying the commit (such as fix, feature, refactor, etc) then a colon, then the text. It provides a list of selectable keywords and adds it to the git message. Moreover it can replace these keywords visually with descriptive icons (such as a little red bug for bug fixes). Later when you look through the git history you see these icons where the keywords should be making for a very nice visual representation.

My favorite is the pretty-code. Its a simple idea, it replaces certain keywords of phrases in code with equivelant mathematical symbols. So, for example null/nil/none will be replaced with the empty-set math symbol (a circle with a slash through it), similarlity stuff like not equals (!=) will be replace with an equals mark with a slash through it. You can fully customize what symbols are replaced and what it is replaced with. Also when you cursor over a symbol it temporarily reverts back to the keyword it replaced so you can see what it means. Searches and of course the underlying code itself (and in git) is unchanged.

pretty-shell is just a shell with some nice font-awesome fonts to make it pretty, usually informative so different icons might represent if a directory is a git repository or if it has staged changes and what not.

Finally pretty-outline. This basically just gives bullet points (useful in org-mode and note dating) some pretty icon representations rather than circles. Pure eye candy on this one.

How to bug them or squeaking wheel gets the grease

New poll for Emacs and Vim users only, which is your favorite.

music There is nothing here!

emacs There is nothing here!