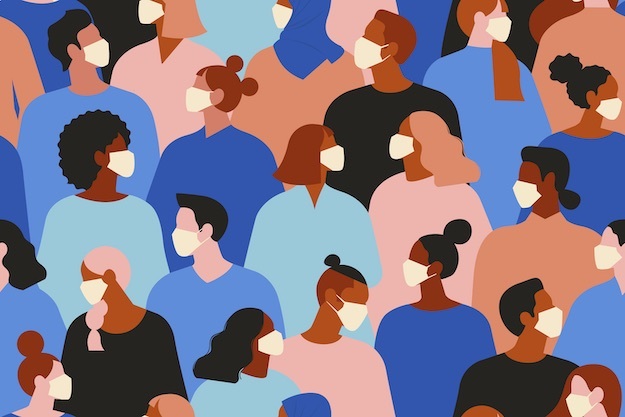 This is me solving a stack and a queue problem on paper.

Do have a go at it if you're into Kiddy puzzles. (although circular arrays is a bit of a mind bender)

(Front of the queue is currently on 2, and back on 1. We queue on to the front, and remove from the back. Note: This pattern is different from question 2!!).

What will the stack and queue look like after:

She is off her cone today, and enjoying nap time.

Sutures look scary, but are clean, dry and intact.

Sorry for having disappeared this way.

My cat had developed Pyometra. Had to rush in for surgery. Luckily we caught it before it could spread.

There is still some infection in the vaginal stump, but tackling it with antibiotics, good food and love.

Let’s collectively make sure we find our Vashishthas before mental disease does.

Genius walks on a a fine line between sanity and insanity.

You know the liberals are impeding India's progress, when they force the government to spend time and money to defend an honest defence deal.

From Bofors Guns to Coal mines to Wireless Spectrum.

The only thing they liberally did was fill their pockets with taxpayer money.

We welcome the supreme court judgement absolving the Modi Govt of all false charges in the Rafale Deal.

But why did the Supreme Court not punish Rahul Gandhi? Especially when it itself declared that RG's petition was frivolous and intended to malign, while serving no real purpose.

SC should have set an example out of him, why was he spared? Because he is from the Gandhi Familly?

I want to get up to pee, but my cat has parked herself on me!!

Swami Vivekananda was a representative of Neo-Vedanta Philosophy.

He effectively fused Nationalism and Religion for the upliftment of poor people and to rescue them from oppression by the rich. He endorsed the sciences, leading to Tata creating the Indian Institute of science. He was a force for the propogation of Hinduism in the western Hemisphere.

He was against Untouchability, but wasn’t against the caste system. For him the caste system was one where an individual is not born into a caste but is assigned a caste based on his gunas (actions).

So someone with a lower caste parentage could work upto a higher caste and a Brahmin child could grow up to fall through the ranks of caste.

His views were that - Caste was an early social system. But its complexity led to its failure and abuse.

The thing about JNU students is that they are quite daft. They do not understand the concept of abstract thought let alone Neo-Vedanta Philosophy.

Never underestimate the power of stupid people in large numbers.

It is high time we renamed the college #VeerSavarkarUniversity

Everybody has to wait in order to eat at this restaraunt.

The biggest #fasciCommunist producing Institution of India :: The #JNU , seems to use sex workers to lure men and women alike into nefarious inner circles.

No wonder they have been so effective at organizing anti-national campaigns. Ask where is the money for all this coming from?

The students recently opposed a Hostel fee hike to 2500 rs, citing it as an attack on the institute, while they themselves keep spending a lot more on their boose and ganja.

Does your country provide free food and stay to all its students? Wether or not they are from Economically Weaker Sections!!

They vandalised their entire campus, with spray paint, ( a can of spray paint costs 400-700 rs.)

It is a shame that tax payers are subsidizing these ideological terrorists.

These students may be getting the education their merit has earned them, but by having your living standards subsidised you are creating communists out of them.

Learning how to earn to support yourself is also a major part of education.

Separate feeds but in one screen!!

My ADD is having a field day!!

And the ticker like motion of the Federated timeline is so cool !!

Can't wait to load this up on my bigger monitor!!

@freemo -- I was reading the About section, and I want to know what are the added features of QOTO ??

The left hates him, the way pests hate exterminators.

I have no prior knowledge of low level programming.

My question to all.

Should I jump straight into Rust ?

or should I do C, C++ in order to fully understand the abstractions in rust?

@seb @freemo @jump_spider -- please help and do tag pro coders and builders like yourself (I don't wanna waste all my time here discussing politics, need to make friends with knowledgeable people).

ps - where do i donate to qoto

This man is giving me cancer!!

Is #shivsena even trending here on Mastodon??

I'm sure even the left believes this SS-NCP-CP is an unholy alliance.

You know the thing I love about Mastodon?

It's the ups and downs in server performance.

Those moments when activity peaks so high that stuff glitches out a bit. Toots don't load. Notifications don't come in. The beachball spins up.

All these are signs of something real. Signs of real human activity. The sae way a room gets difficult to navigate when it gets too crowded.

But more importantly, it gives you a sense of ownership of the platform.

Well if the servers aren't performing as well as they should be, we prolly need to ramp them up.

And who feels most responsible for this?

The Mastodonians do, we ourselves realise that it is our contribution that keeps this network afloat.

A 100% crowdfunded SN owned by the people.

Gone are the days when we would throng free services. They were only free in the financial sense. But we were paying for them dearly with our precious mental resources.

But we are free now, and all we have to pay is the equivalent of a Starbucks coffee.

Gonna leave a meme here for all you lovely people. (Yes that includes the obnoxious Indian Left wing too)

#UrbanNaxal is a term derrived from the #Naxal terrorist movement.

The fact of the matter is that.

There existed an ancient structure under the mosque and the Hindus wanted it for worship.

Originaly they didnt even want to demolish the mosque they were tolerant of it. All they wanted were rights to pray at that site.

But the liberal government in India turned it into such a big issue by refusing to broker peace as that would mean anhilation of vote bank politics. And loss of votes in future elections as now people wouln’t care for religion and instead ask for development activities.

The current BJP Governemnet has put an end to the Ayodhya/Babri issue.

The issue isn’t about a place of worship.

It is about putting an end to asking for votes in the name of religion and instead let votes be asked for in the name of development and poverty alleviation.

Find below more photos of the Archaeological finds from beneath the mosque. They are clearly of non islamic nature.

There was a reason the supreme court handed the land to the Hindus.

It also gave 5 acres to muslims to build a grander much better mosque than the dilapited Babri.

After this Judgement no politician in India can ask for votes in the name of religion. Narendra Modi is the only person who could have facilitated this.

After a lot of debates and an ongoing court case in Allahbad.

The government ordered the Archaeological Survey of India to dig up the site under the demolished mosque.

But all digging was supposed to be done in the presence of Muslim Board and Hindu Parties. This ensures no foulplay.

Now here is where the funny thing happens.

They find a civilization/township that had existed there since atleast 600 BC.

But strangely these archaeologists get transfered to other projects around the country after the discovery and the site gets handed to their interns who have never even held a pick axe let alone excavate a site.

These junior archaeologists (under gov pressure) give statements about how some artifacts were place there “after” the site had been dug up.

This was later proved to be untrue as in 2019 almost all of them said that they were either not trained in arxhaelogy or had written their reports after reading what was written in Newspapers.

Imagine writing about the most controversial issue after reading a bunch of newspapers and then submitting this to the government saying that there is nothing underneath the mosque.

BB lal and KK Muhammed the orignal archaeologists were very smart to not handover their field notebooks to them. If they had the interns would have manipulated the findings in a much more sever way. They knew the waves this discovery would create and risked their careers so that the truth could survive.

You have to understand this.

The Indian Gov back then Never wanted the matter resolved as the Ayodya/Babri Issue polarised Hindus against Muslims and turned into a major facilitator for Vote Bank Politics.

Why would you sell the hen that laid golden eggs?

This is Babri Masjid.

A mostly dilapidated Mosque that has been the subject of a 150 year old legal dispute, and 400 year old controversy

What is the controversy?

The mosque was built in 1600 by a mughal ruler Aurangazeb (muslim invader) after demolishing what some believe to be the most Holy Site for the Hindus - The birth place of Lord Ram.

Even after the construction of the mosque Hindus would throng to the structure to offer prayers to their lord, and had been doing so from 1600 - 1947

Mention of this can be found in the records of the British Empire, who themselves recorded the site as Ram Janmabhoomi(Ram Birthplace) + Babri Masjid.

“Babri Masjid is not a frequented site or a significant mosque, it doesn’t hold much importance to us Muslims but for the Hindus it is a very Holy Place. Let it be a peace offering and an end to religion of Politics”

But the the then goverment and the muslim board refused to take this proposal forward as doing so would mean that they could no longer ask for votes in the name of Religion.

The politics of religion went on unabated.

In 1992 a gathering of around 100,000 Hindus tore down the dilapidated mosque demanding that Ram Temple underneath it be restored.

The government shot and killed 100s of Hindus that had gathered to bring the mosque down.

Then Congress government didn’t budge when asked to resolve the matter and said there was no proof that any structure existed underneath the mosque.

It said this without conducting any Archaeological Investigation.